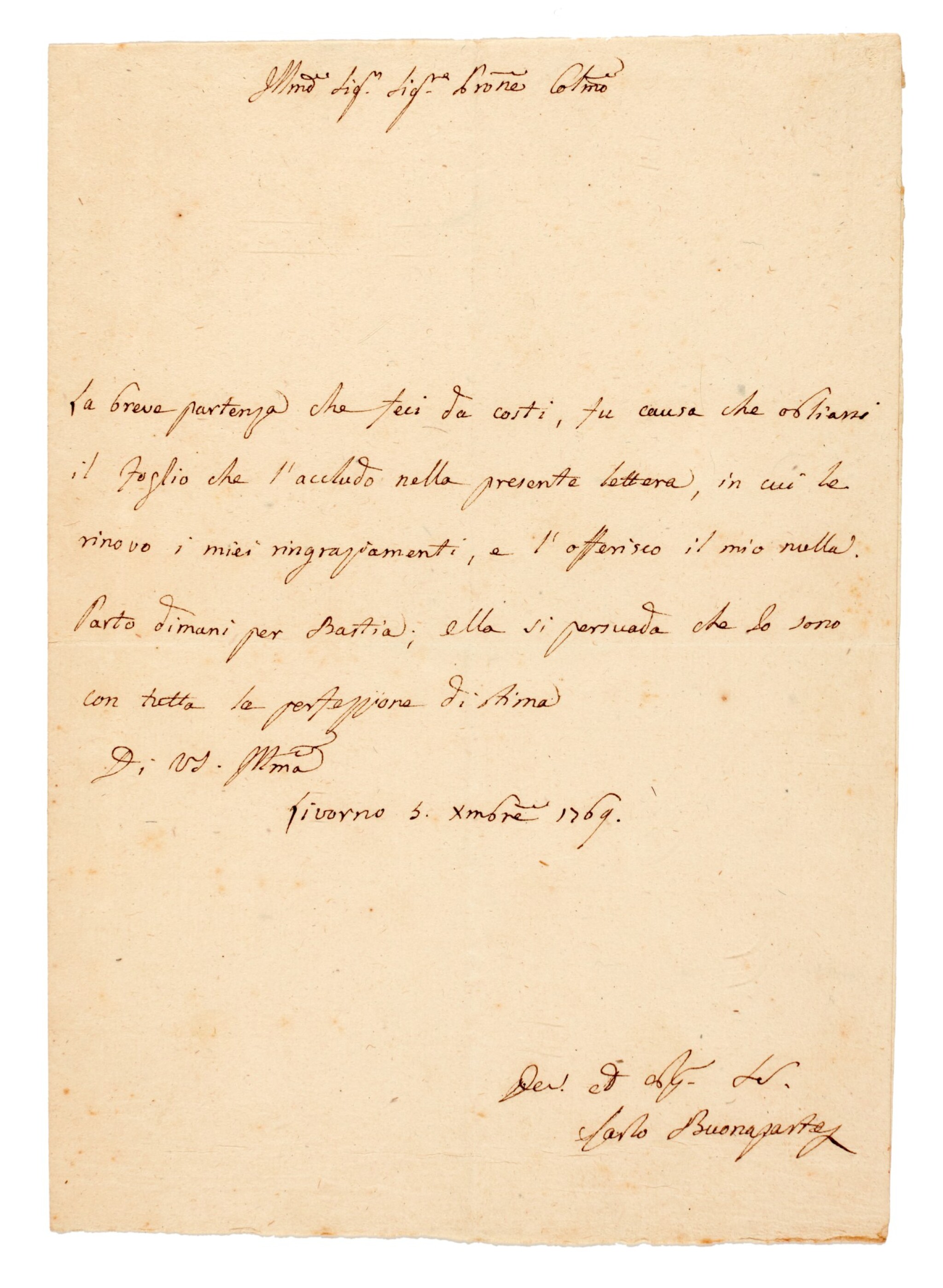 This letter comes from the crucial year that marked the French conquest of Corsica and the birth of the future Napoléon I. Carlo Buonaparte (1746-1785), scion of minor Italian nobility, was a lawyer and diplomat. Although he had resisted the French take-over of Corsica in May 1769, he became legal Assessor in Ajaccio in September 1769. Napoléon I was born on 15 August, just qualifying to be regarded as French-born rather than Genoese.