A fter several years when it was distinctly out of fashion, painting returned – with a bang – in the early 1980s. In New York, above all, where a radical, new generation of artists made their names. They included Jean-Michel Basquiat with his graffiti-inspired canvases; Julian Schnabel with paintings on surfaces of broken crockery; and George Condo with his channellings of Old and Modern masters.

Rembrandt, Cranach and Caravaggio are just a few of the greats Condo has paid homage to over his 40-year career. It’s Picasso, however, who has engaged him most consistently. (He says that if the artists of history were objects in a still-life painting, the Spaniard "would be the lobster – which wins out over all the grapes and walnuts"). Works such as Femme au béret et à la robe quadrillée (Marie-Thérèse Walter) from 1937 would have provided the artist with the inspiration to paint the present work in 1996. 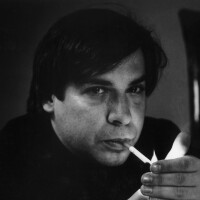 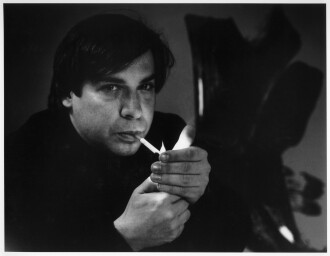 A key point about the American’s adaptations of other paintings is that he makes them distinctly his own. Which is to say: though the picture inspiring him is usually identifiable, his reworking could never be mistaken for it. His reworking is always, quirkily and very recognisably, a Condo.

When considering Picasso’s works from this period and Urban Figure Composition side-by-side, one can see that Condo abandons conventional pictorial narrative, leaning instead towards his own grotesque and fantastical inventions. Rendered in the artists’ inimitable collaged visual language, he offers a jumble of figures, flanked by a cold and severe brick wall. Picasso's homage to his muse is a much more tender study by comparison.

“In the beginning I took fragments of architecture to create a person, now I take a person and fragment them to make architecture”

Another Condo work with a link to Picasso Antipodal Reunion was recently sold in Contemporary Curated, realising a record-breaking price of £1,035,000.

Both works feature a trio of women in Victorian bathing suits, though the elongated limbs in the former are rendered even longer in the latter – with an effect that’s comic, almost to the point of being unsettling.

Meanwhile, where Picasso depicts sand, sea and sky – complete with a boat in the water and lighthouse in the distance – Condo reduces his background to nothing more than a bright, blue sky behind his figures.

The trio are part of a pictorial species that Condo introduced into his art in the mid-1990s called ‘antipodal beings’. These freakish humanoids boast features such as ballooning cheeks, bulbous noses and tumescent chins.

They’re set apart from being caricatures, though, by their emotional register. In the words of Ralph Rugoff, curator of the artist’s 2011 retrospective, George Condo: Mental States, ‘the preposterous faces… are rendered with great sympathy and a compelling, psychological presence’.

Over the years, Condo has spoken frequently about his fondness for Picasso. In 2006, he observed that, "it must have been a nightmare for his peers trying to keep up with a guy like that. Today, at least, we have the freedom of distance from him".

What’s interesting about the connection between Picasso’s work... and Urban Figure Composition, is that it is not a straightforward case of one work inspiring another. Rather, both works are part of a continuum – in that Picasso’s pictures were themselves inspired by portraits of a handful of his predecessors. Namely, Renoir, Cézanne and, before all of them, Ingres – in works such as The Turkish Bath (today part of the Louvre’s collection in Paris), which directly influenced his Bathers series.

Picasso was every bit as voracious an adapter of previous artists’ work as Condo is today. In a period of just four months in 1957, for example, he painted 45 variations of Velazquez’s Las Meninas alone.

It was the American artist who said "for me, art history is really one big family" – but it might just as easily have been Pablo Picasso. 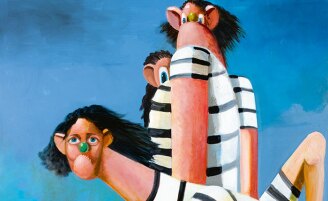