By Sotheby's
As an atmospheric Parisian scene by Henri Matisse is offered in the upcoming Recollections of Places Past Property from the Estate of Sir John and Lady Smith sale, we revisit 21 facts about the artist.

1. Henri Matisse didn’t set out to become an artist. As a young man in Paris he studied law, passing his bar exam with distinction and even taking a job as a law clerk.

2. A bout of ill health changed the course of Matisse’s life and career forever. Suffering an acute attack of appendicitis at the age of twenty, he was left on temporary bed rest. During his recovery, Matisse’s mother, Anna Heloise, brought him an assortment of art supplies to help him pass the time, and he fell in love with painting.

3. He was born on New Year’s Eve in 1869 in Le Cateau-Cambrésis in northern France to middle-class grain merchants.

4. Matisse studied with the French academic painter William-Adolphe Bouguereau in 1891 at the Académie Julian.

5. In 1892, Matisse left the academy after an unsuccessful year and struck up what would become a long and fruitful apprenticeship with the Symbolist painter Gustave Moreau, who nurtured the artist’s more experimental inclinations.

6. Among his greatest patrons were three American women – the salon-world grande dame Gertrude Stein and sisters Claribel and Etta Cone. The Cone sisters, whom Matisse called “my two Baltimore ladies,” together assembled one of the preeminent collections of his work in the world.

7. In April 1906, at a gathering at the home Stein shared with her partner Alice B Toklas, Matisse met the fiery Catalan artist Pablo Picasso. Eleven years his junior, Picasso would become both a lifelong friend and his key artistic rival. Matisse playfully referred to their relationship as a “boxing match.” 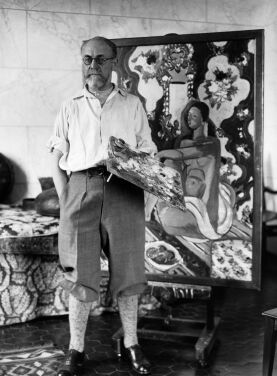 8. Matisse was one key leaders of Fauvism, the 20th century’s first avant-garde art movement. Active from roughly 1905 to 1910, Fauvism radically reinterpreted color as an expressive and structural element, divorced from literal description. “When I put down a green, it doesn‘t mean grass; and when I put down a blue, it doesn't mean the sky,” Matisse declared.

9. His early paintings were surprisingly conservative, but Matisse experienced an artistic about-face when his friend the Australian painter John Peter Russell introduced him to the work of Vincent van Gogh in 1897.

10. Between 1906 and 1917, Matisse lived and worked at the Hôtel Biron, an 18th-century mansion in Paris that had been subdivided into apartments. Among his neighbors were Jean Cocteau, Isadora Duncan and Auguste Rodin; the sculptor eventually took over the entire house, which is now the famed Musée Rodin.

11. For the public and some critics, especially in the US, Matisse's radical use of color was outrageous, even offensive. Reactions could be passionate – in 1913, when Blue Nude (1907–08) traveled to Chicago, students at the Art Institute burned an effigy of the work.

12. Matisse's most important devoted early patron was Sergei Ivanovich Shchukin, the Russian textile magnate whose collection is now in the Hermitage and Pushkin museums. “The public is against you,” Shchukin wrote to Matisse in 1910, “but the future is yours.”

13. In 1917 Matisse moved from Paris to a suburb of Nice on the French Riviera where he lived throughout the 1920s, creating artworks – mainly interiors and portraits – that were warmly received by critics and collectors alike.

14. The exotic exerted a powerful hold on Matisse. Inspired by his two journeys to Morocco in 1912–13, he created dozens of odalisques. In 1917, Matisse moved to Nice, where he would live throughout the 1920s. Along with interiors, odalisques were his primary subjects during the Nice period.

15. So enamored was Matisse of Paul Cézanne’s Three Bathers (1879–82) that the impoverished artist purchased the painting from dealer Ambroise Vollard with a promissory note.

16. In 1939, after 41 years of marriage Matisse and his wife, Amélie separated when she tried to dismiss Lydia Delectorskaya, a young orphaned Russian refugee, who had been hired as her companion. Suspecting an affair, Amélie demanded that he choose between them. Though the artist chose his wife, an exhausted Amélie left Matisse nevertheless.

17. While living in Vence, France, at the Villa Le Rêve in the 1940s, Matisse had three cats Minouche, Coussi and La Puce whom he fed pieces of brioche every morning.

18. Besides his cats, Matisse adored doves, which he purchased from vendors along the Seine. The dove shape appears in many of his cut-outs and it was one of his birds on which Picasso modeled his Dove of Peace (1949). In his last days, Matisse gifted his precious birds to the Spanish artist.

19. In the last years of his life Matisse was confined to a wheelchair. As painting became increasingly difficult physically, the artist turned to his cut-out technique. He made shapes of paper with a scissor, which he then arranged using a long stick in a technique he called “painting with scissors.”

20.  Music and dance were recurrent themes from early works such as Dance I (1909–10), commissioned by visionary collector Sergei Shchukin for his Moscow home, to Matisse's book Jazz, published in 1947, which juxtaposed his musings on life with images of his colorful cut-outs.

21.  Marguerite Matisse, the artist’s daughter from an early relationship, became a leader of the French Resistance during World War II. She was captured by the Gestapo in 1944 and was bound for Ravensbruck concentration camp, when by a miracle of fate, Allied bombing disrupted the train carrying her and she managed to escape. 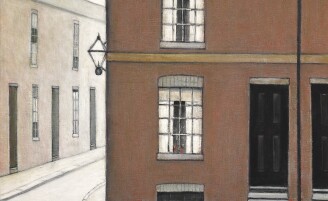