1. Mark Rothko was born Markus Yakovlevich Rothkowitz in Dvinsk in the Russian Empire (current day Latvia), the youngest of four siblings. His parents vacillated between atheism and faith, eventually sending Markus to the cheder, a traditional Jewish school for children, from the age of five, where he learned to speak Russian, Yiddish, and Hebrew. English was his fourth language, which he learned after immigrating to America.

2. Arriving in America at the age of ten, Rothko eventually studied on scholarship at Yale University between 1921 and 1923, and took drawing classes with Max Weber at the Arts Students League in New York. According to Rothko, his time at the Arts Students League was the beginning of his life as an artist. Rothko was thrilled when years later, Weber attended one of his shows and demonstrated his level of veneration for his former pupil.

3. When his scholarship to Yale was not renewed at the end of his freshman year, Rothko worked as a waiter and delivery boy to fund his education. He rebelled against Yale’s bourgeois environment, and criticized the school for racism and elitism. He started a satirical magazine, The Yale Saturday Evening Pest, which disparaged Yale’s traditionalism.

"The people who weep before my pictures are having the same religious experience I had when I painted them. And if you, as you say, are moved only by their color relationships, then you miss the point."

4. His early works were figural, focusing on human bodies in abandoned cityscapes or on classical myths, but eventually evolved to focus on color as the primary conveyor of meaning.

5. In the early 1940s, Rothko experimented with automatism and Jungian biomorphism. His compositions combined plant, animal, human and fish forms into schematics on softly lit grounds. He described these early works as “pantheism in which man, bird, beast and tree – the known as well as the unknowable – merge into a single tragic idea.

6. Before attaining his eventual success, he supplemented his income by teaching painting and clay sculpture at the Center Academy of the Brooklyn Jewish Center, where he stayed until 1952. He also sustained employment with the Works Progress Administration, much like his contemporaries Arshile Gorky, Jackson Pollock and Willem de Kooning.

7. Rothko attended meetings of the Industrial Workers of the World, and became passionate about political activism as a young immigrant in the late teens and early 1920s. Inspired and emboldened after hearing political activist Emma Goldman speak, he hoped to become a labor union organizer.

8. By the late 1940s, he expanded the size of his canvases, and began to work on a monumental scale. His linear signs shifted into blurs of color, until he eventually reduced his compositions to two or three roughly rectangular shapes in stacks on luminous grounds. He described his method as “unknown adventures in unknown space,” free from “direct association with any particular, and the passion of organism.”

9. Rothko often presented multiple paintings in rows so that the colors emanated from the canvases in shimmering arrays.

10. According to Rothko, color expresses “basic human emotions – tragedy, ecstasy, doom…The people who weep before my pictures are having the same religious experience I had when I painted them. And if you, as you say, are moved only by their color relationships, then you miss the point.”

11. Rothko gained American citizenship on 21 February 1938, in response to the rising threat of Nazism in Europe. Rumors had spread of the potential sudden deportation of American Jews, prompting him to change his name from “Markus Rothkowitz” to “Mark Rothko”, in order to appear less identifiably Jewish.

12. With the global crisis of World War II, Rothko strove to access both social change and universal truths through his growing interest in form and color. Rothko explained that the “archaic artist…found it necessary to create a group of intermediaries, monsters, hybrids, gods and demigods” in a manner similar to the 20th century rise of Fascism. “Without monsters and gods, art cannot enact a drama.”

13. Interested in psychoanalytical theories of Freud and Jung, Rothko halted his painting production completely in 1940 to focus entirely on Freud’s The Interpretation of Dreams and Sir James Frazer’s Golden Bough, a major study of mythology.

14. He reconciled Freud’s psychoanalytic ideas with Greek tragedy as the primary focus of his painting, believing that art must liberate the unconscious in the same manner as mythological symbols and rituals once had. “The exhilarated tragic experience is for me the only source of art.”

15. Rothko was generally hostile to critics, and remained highly protective of his memory and paintings. His surrealist works received a negative review from the New York Times following their installation at Macy’s department store in New York City in 1942. With painter Adolph Gottlieb, Rothko issued a response to their criticism, “we favor the simple expression of the complex thought. We wish to reassert the picture plane. We are for flat forms because they destroy illusion and reveal truth.” He stated his work must “insult anyone who is spiritually attuned to interior decoration.” 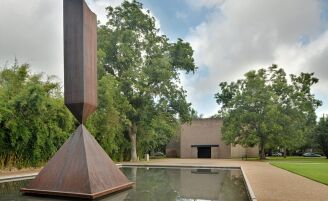 16. Beginning in 1943, Rotho shifted away from Surrealism, toward the abstracted color landscape style of Clyfford Still, with whom he had begun a close friendship. He articulated the end of his surrealist experimentation with unconscious symbolism of form: “I insist upon the equal existence of the world engendered in the mind and the world engendered by God outside of it…I quarrel with surrealists and abstract art only as one quarrels with his father and mother; recognizing the inevitability and function of my roots, but insistent upon my dissent; I, being both they, and an integral completely independent of them.”

17. Rothko provided precise directions for viewing his late period paintings. He suggested that the viewer stand eighteen inches away from the canvas in order to encounter the intimacy, immediacy, authority of the individual, and a sense of the unknown. He explained that his works must be hung relatively low, so that they faced the viewer’s body completely; viewers were to occupy the room in which the paintings were hung only one or two persons at a time, to allow for complete immersion in the painting.

18. The artist grew increasingly protective of his paintings and of his methods as his career evolved. He even hid his techniques from his assistants in his studio. Using ultraviolet analysis, conservators have discovered egg, glue, formaldehyde, and acrylic resins mixed into his pigments.

19. With his financial success booming, Fortune magazine referred to a Rothko painting as a good investment in 1955. In response, friends Barnett Newman and Clyfford Still branded Rothko a sell-out, wounding him and sending him into a deep depression. He fell further into isolation and seclusion despite substantial commercial success and having become a father with his second wife, Mell Beistle.

"I insist upon the equal existence of the world engendered in the mind and the world engendered by God outside of it…I quarrel with Surrealists and abstract art only as one quarrels with his father and mother; recognizing the inevitability and function of my roots, but insistent upon my dissent; I, being both they, and an integral completely independent of them."

20. The Rothko Chapel functions as the culmination of the artist’s building interest in the spiritual nature of art. The non-denominational chapel was founded by John and Dominique de Menil in Houston Texas; they commissioned Rothko to produce the meditative space of the octagonal interior in 1964. He filled the chapel’s interior with fourteen paintings including three triptychs, and five walls that displayed singular paintings. For his work on the chapel paintings from 1964 through 1967, Rothko reconstructed the interior of his studio in Manhattan to resemble the octagonal space and lighting of the chapel, using a series of pulleys that carried walls across the space. These paintings are some of his most somber and contemplative; he never saw the completed chapel, as he died before its final installation. The chapel functions as his final, major artistic output.

21. Rothko’s depression and seclusion were exacerbated by his drinking. In 1970, Rothko committed suicide by a combination of overdose on barbiturates and a major cut to an artery in his right arm with a razor blade. He left no suicide note. 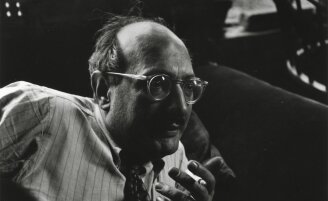