1. Despite Vincent van Gogh’s fame today, he never achieved professional success during his lifetime. He sold only one painting while alive, seven months prior to his death, for a mere 400 francs.

2. Van Gogh was born in 1853 in The Netherlands to Theodorus van Gogh, a country minister, and Anna Cornelia Carbentus, an artist.

3. He was named after his paternal grandfather, but the name had actually been used for a child born previously to his parents, an older brother who had died in childbirth one year prior to his own birth. He would have seen his brother’s tombstone with his name on it.

4. Much of Van Gogh’s posthumous success can be attributed to his sister-in-law Johanna, the wife of his brother Theo, who committed herself to forwarding his legacy after his death.

5. He was the eldest of six children. His younger brother Theo would go on to become an art dealer, and would end up being the primary, and often sole, supporter of his elder brother and his art.

6. Arguably Van Gogh’s most famous work, Starry Night was completed while he was residing in an asylum in Saint-Remy-de-Provence, where he was recuperating from a nervous breakdown.

8. Van Gogh did not begin painting until his late 20s. Prior to this, he worked first for his uncle’s art dealing company in The Hague, and later for the Groupil Gallery in London.

9. At one point he considered becoming a minister, like his father. He studied for almost a year to prepare for the entrance exam to the School of Theology in Amsterdam. Ultimately, he refused to take the Latin portion of the exam because he considered it a dead language for peasants. This led to his denial from the school

10. Van Gogh was known for having a strong and difficult personality. Friends and colleagues felt that he had a penchant for self-martyrdom, and he alienated many fellow painters with his argumentative nature.

11. At one point, Van Gogh worked as a missionary in the coal mining region of Belgium. During this time, he experienced a spiritual awakening that inspired him to relinquish nearly all of his worldly possessions and begin living as a pauper. Church authorities felt this was inappropriate for a representative of the church, and he was discharged from his position.

12. Van Gogh was largely self-taught, and only received formal artistic training for about four months just a few years before his death.

13. His paintings were often completed relatively quickly, as his style was spontaneous and intuitive, which gave some viewers pause. On this point, he once told his brother, “When anyone says that such and such [painting] is done too quickly, you can reply that they have looked at it too fast.”

14. Although he had suffered from a degree of mental illness throughout his life, his mental well-being fell into deep decline in the late 1880s. During this time, he is said to have eaten his paints and sometimes drank turpentine.

15. When news of Vincent’s psychological deterioration reached his brother Theo paid painter Paul Gauguin to move to Arles, France, where Vincent was then living, to keep an eye on him. Within a matter of weeks, the two artists were in a state of constant argument, and could barely stand to be in the same room.

16. One of the most famous anecdotes of Van Gogh’s life concerns the artist cutting off his own left ear. In reality, only the lobe of the ear was cut off. As the story goes, he was in an argument with Gauguin that sent him into such frenzy that he picked up a razor and mutilated his ear. Some versions of the story have him taking the dismembered earlobe to the local brothel, where he offered it as a gift to a prostitute.

17. After the ear-cutting incident, Van Gogh was admitted to the nearby Hôtel-Dieu hospital. Once he recovered from immense blood lose, he was discharged. Unfortunately, he fell into a deep depression; to help with this, he would paint at home during the day, but spend his nights at the hospital.

18. Towards the end of his life, fellow citizens of the town of Arles signed a petition saying that he was a danger to the community. This led him to commit himself to an asylum.

19. Van Gogh ultimately committed suicide by shooting himself in the chest. Unfortunately, it was not a clean shot, and he did not die until nearly 30 hours after.

20. Vincent’s brother Theo died mere months after him, and Theo was initially buried in Utrecht. To commemorate the two brothers exceptionally close and special relationship, Theo’s wife had her husband exhumed and reburied next to Vincent in Auvers.

21. Much of Van Gogh’s work has been lost, as many people who owned his work initially thought it to be worthless. His own mother is said to have disposed of full crates of his paintings. 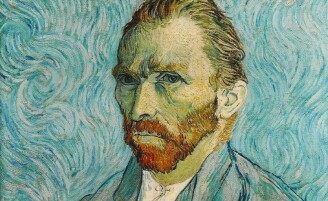 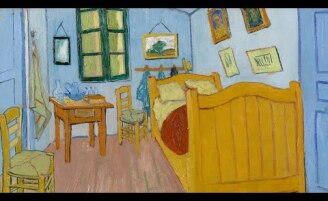 The Most Famous Artworks in the World
Vincent van Gogh's 'The Bedroom', the Painting that Helped Ease his Most Turbulent Year