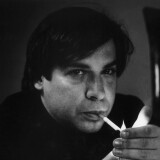 Works by George Condo at Sotheby's 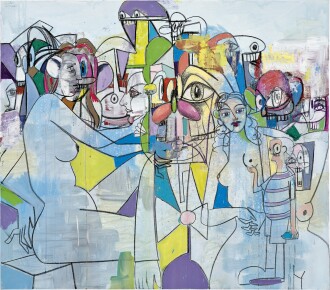 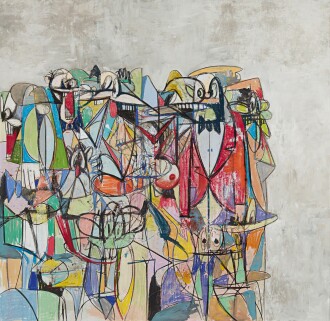 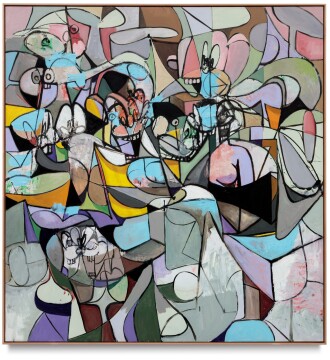 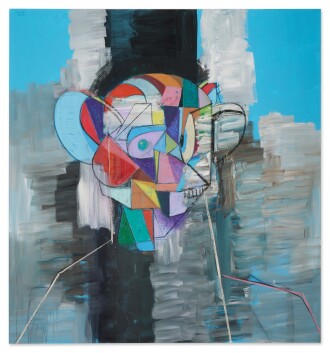 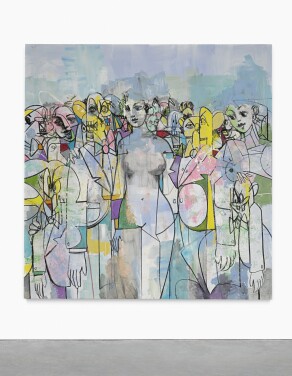 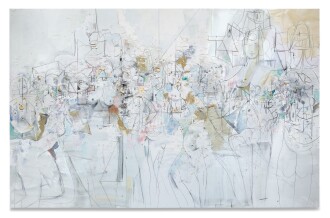 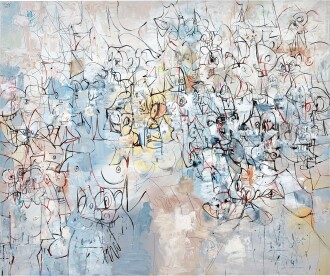 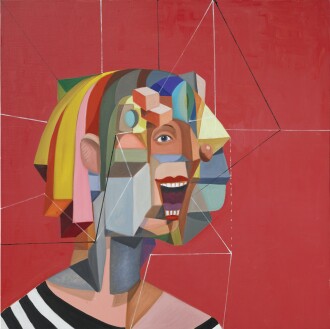 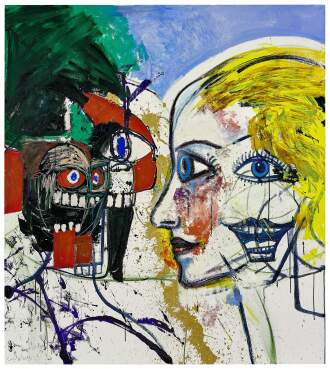 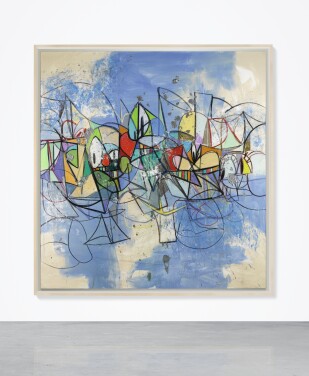 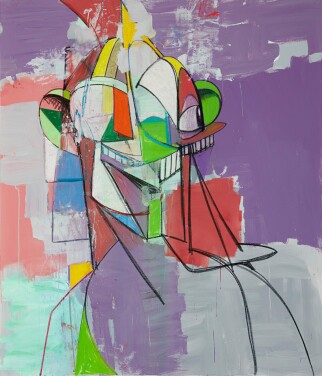 The work of George Condo is populated largely by dramatically stylized, almost cartoonish, characters with exaggerated, often grotesque features such as protruding over or under bites, ghoulish expressions, or is fractured nearly beyond recognition. Born in Concord, New Hampshire, in 1957, Condo studied art history and music theory at the University of Massachusetts, Lowell. In the late 1970s, he was a member of a band called The Girls, and while playing a show in New York City he met fellow artist Jean-Michel Basquiat; it would be Basquiat who would convince Condo to relocate to New York to further develop his career in art. By the early 1980s, Condo would become a recognized figure within the East Village art scene, even spending a brief time working in Andy Warhol’s Factory.

Through his experiences in New York, and his previous academic endeavors, Condo maintained a deep interest in art history, and drew much of his inspiration from historical antecedents. In 1985 he furthered his art historical understanding by moving to Paris, France, where he lived for a decade. He has described his artistic style as “psychological Cubism,” and much of his paintings evoke the work of such artists as Willem de Kooning and Pablo Picasso. His influence can be traced to numerous younger artists working today, such as John Currin and Lisa Yuskavage, and even artists working outside the realm of visual art – he collaborated with Kanye West on the cover art for the 2010 album Twisted Fantasy.

In 2017, Condo’s works on paper were the focus of a retrospective at the Phillips Collection in Washington, DC, and, previously, he was the subject of a major career retrospective at the New Museum in New York City. Museums worldwide count Condo’s work as part of their collections, including the Museum of Modern Art, New York; the Centre Georges Pompidou, Paris; the Tate Modern, London; and the Museo Jumex, Mexico City. He is currently based in New York City.

Museums with Works by George Condo 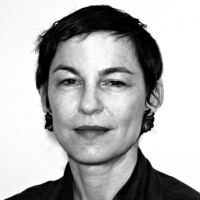 Type: artist
Category: Artist
Elizabeth Peyton
View Profile
Artist Image: This content is subject to copyright.
Please note that prior performance of the indexes and realized returns contained herein does not guarantee future results. In addition, there is no guarantee that random collections of individual works of art or stocks will yield index returns. We are not financial advisors and we are not in the business of recommending art as an investment. We also have no comparative advantage in forecasting the future direction of the art market. Investment decisions should be based on the risk return tolerance and time horizon of the investor with, if desired, the support of a licensed financial advisor. This information is provided "as is" and with no representations or warranties either express or implied of accuracy, merchantability, fitness for a particular purpose or of any other nature are made with respect to this information or to any expressed views presented in this information.