Picasso and the Art of Bullfighting 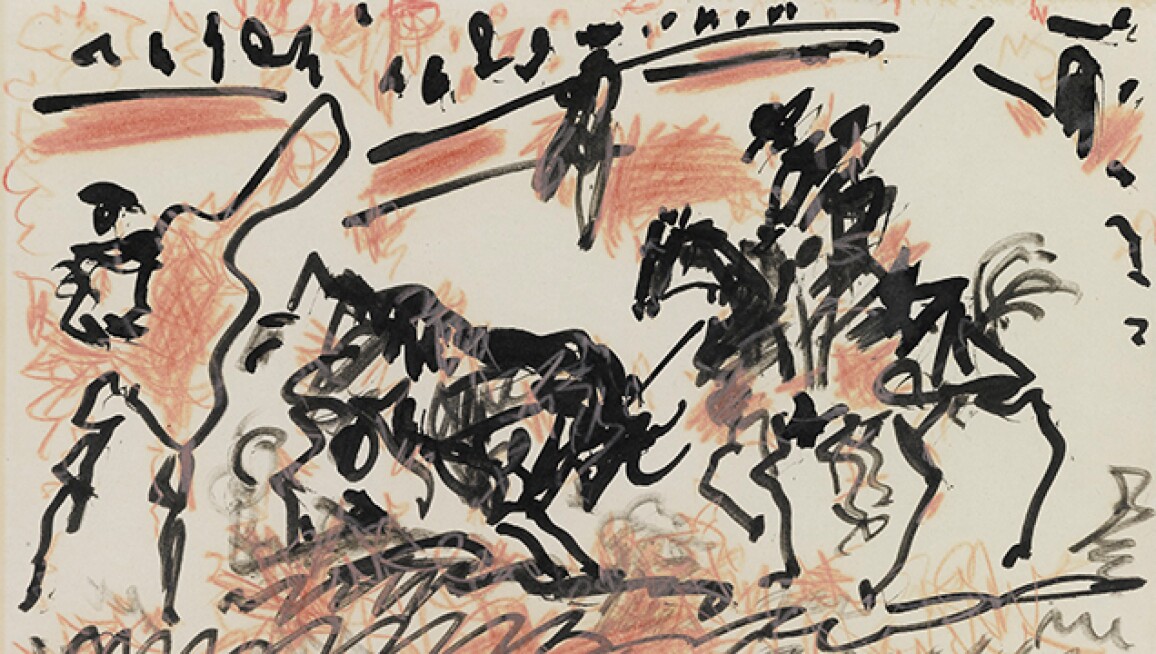 Ernest Hemingway famously wrote, “Bullfighting is the only art in which the artist is in danger of death and in which the degree of brilliance in the performance is left to the fighter's honour.” Indeed the drama, heroism and violence of the Spanish sport has captivated generations of artists, poets and writers – Pablo Picasso among them. Drawn to its ritual and symbolism, the Spanish artist depicted bullfighting – and the bull – consistently throughout his oeuvre. Taureau devant le picador, an expressively rendered drawing in this motif, will be offered in the upcoming Impressionist & Modern Art Day Sale. Click ahead to learn more about Picasso’s artistic fascination with bullfighting.