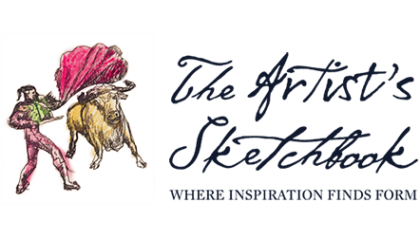 S otheby’s is delighted to present The Artist’s Sketchbook: Where Inspiration Finds Form, an online sale of works on paper from the collection of Albin Schram (1926–2005).

Collections are often sparked by seemingly inconsequential moments. For Schram, such a pivotal event occurred on receipt of a letter, written by Napoleon Bonaparte to his wife-to-be Josephine de Beauharnais, and gifted by his mother Erika Schicht. This letter speaks of an argument with Bonaparte, undone by passion, seeking desperate reconciliation through three kisses. For the insatiably curious Schram, such an entry into the emotional space of one of the important players of modern history immediately preceding his conquest of Europe, was a thrill like no other.

Encouraged by his wife, Anne Bibot, Schram began amassing not only historical letters but sketches by some of the greatest artists of the twentieth century. The extraordinary selection of works, now presented in The Artist’s Sketchbook: Where Inspiration Finds Form, reflects Shram’s astute taste and devotion to the personality of the artist and space of creation. Each work is an art historical jewel with a fascinating story to tell.

Explore Highlights from the Auction

Albin Schram: The Curiosity of a Collector

"each work unfolds to tell stories of the complex, timeless and universal expressions of love and loss, joy and fear, community and creation." 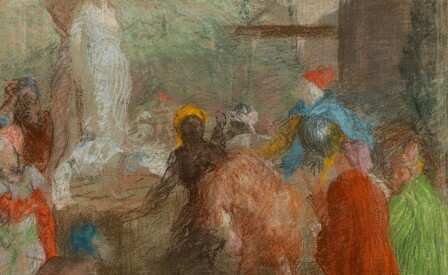 Albin Schram: The Curiosity of a Collector

A running theme throughout Schram and Bibot’s collection of drawings, is the idea of troubled love. In Edgar Degas’s pastel, two lovers risk their lives in a desperate show of devotion; in František Kupka’s Etude pour Le Cantique des Cantiques, a young Shalumite’s love for a shepherd is tested by the rival affections of a King; in Nolde’s watercolour, the Fairy Queen from A Midsummer Night’s Dream must suffer the ignominy of falling in love with a donkey after imbibing a love potion.

“The course of true love never did run smooth”

A Life in Letters

Albin Schram collected some 1000 letters. His collection positioned him as one of the greatest collectors of autographed letters that the world has ever known. It is perhaps hardly surprising, therefore, that some of the drawings he collected are executed on the backs of letters or include extended notes to their recipients, combining the two areas that Schram so enjoyed.

“The proper definition of a man is an animal that writes letters.”

A notable number of Schram’s drawings are sketches for larger works or projects. Schram was intrigued by the artist’s process and the various iterations ideas took before they came to their culmination. Alfred Kubin’s Wilde Tiere relates to the front cover of a book of collotypes that was published by Hyperion in 1920. Kupka’s Etude pour Le soleil d’automne is a study of the central figure who features in the large oil painting Le soleil d’automne that Kupka exhibited in 1900 at the Salon, now in the National Gallery of Prague. Similarly, his phenomenal Etude pour la série Méchanisme is a sketch for his celebrated machinery series that saw him develop an extraordinary new visual language that bridges figuration and abstraction.

“Practice, for heaven’s sake, the little things; and thence proceed to greater”

Collected over 30 years, Schram was guided by a keen sense of the artist’s unique hand and character, seeking works that offered an insight into an intimate moment of thought and creation. Schram’s clever, discerning and playful taste is unmistakable in The Artist’s Sketchbook. From small ink musings to studies for major works of art, this wonderful array of sketches reveals a deeply personal relationship between a collector and some of the greatest artists of the 20th century including Camille Pissarro, Edgar Degas, Paul Klee, Lyonel Feininger and Alfred Kubin. Click the red spots to view the work. 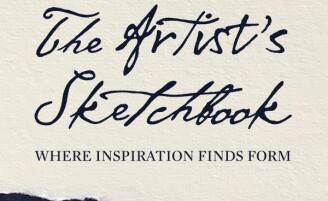