By Jennifer Huang Bernstein
It is usually at the start of the lunar year and during the Dragon Boat holiday that the demon queller Zhong Kui makes his appearance, with his portraits hung prominently within homes or businesses to vanquish malevolent spirits and ill fortune.

N ow as we enter the seventh lunar month, hungry ghosts are set to roam the land in the next two weeks. The primary focus of Zhong Yuan Jie, which falls on the 15th day of the month, is to demonstrate filial piety, as many will feast and honor their ancestors. Also known as the Festival of the Hungry Ghosts, the holiday has a slightly sinister side, as the open gates of the netherworld will have also released restless, ravenous souls that could cause trouble if not appeased. So now seems a good time as any to bring up Zhong Kui, king of ghosts and demon exorcist.

In Chinese folklore, ghosts gui are not the only demonic figures in the supernatural world, which also include guai oddities, yao goblins, jing spirits, and mei demons. This may all seem in the realm of fairy tales and superstition, but it makes sense when considered as representations of real-world ills and practical concerns. Otherworldly spirits are manifestations of disease, poverty, disaster and misfortune. Their stories are commentaries on corruption, feckless misrule and unscrupulous officials at court. Hence, protection from such evils are concerns at all levels of society high and low.

Vanquisher of demons, Zhong Kui plays an important role as a mythological guardian figure, popular in Chinese art from as early as the Tang dynasty. According to legend, he is himself a ghost who died by suicide after he was unjustly dishonored by the emperor. This wrong was later righted, and Zhong Kui was deified as the king of ghosts and demon queller. 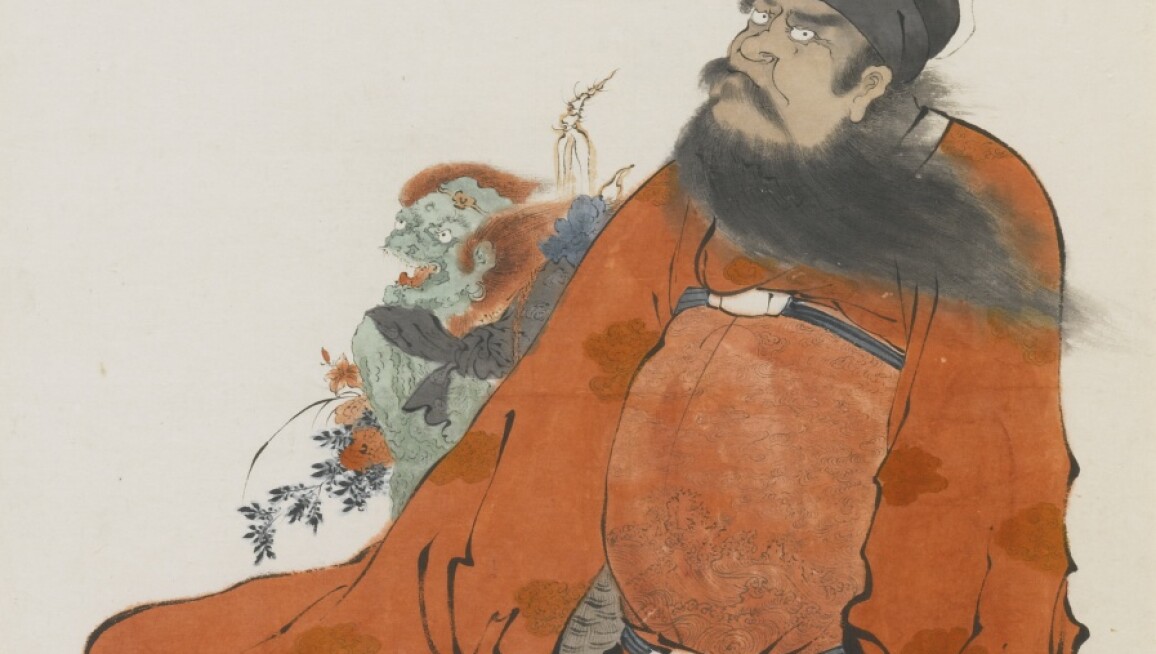