X u Beihong (1895-1953) was a pioneer of 20th century Chinese art, well known for his traditional ink-and-wash paintings of horses and birds. He was especially influenced by the Realist movement and was one of the first Chinese artists to explore the techniques of oil paintings. In advance of Sotheby's auctions, here are fifteen facts about Xu Beihong's paintings and biography.

Born in 1895 in Yixing, Jiangsu, Xu Beihong was the eldest son of the family and cherished by his parents. At a tender young age, he learned the Chinese Classics under the tutelage of his father, Xu Dazhang, who was a teacher and painter. Exhibiting a strong interest in arts since childhood, Xu Beihong would imitate works of painters of the late-Qing dynasty, such as Wu Youru and Ren Bonian, and paint portraits of people around him.


2. Xu Beihong’s changed his birth name to one with a more sorrowful meaning after he experienced a series of hardships.

Apart from academic and artistic pursuits, the young Xu Beihong would spend much of his time helping out on his family’s farm. With frequent floods in his hometown, they would find themselves in dire straits, and so Xu and his father would leave for neighbouring towns to sell their paintings. In 1912, his father fell gravely ill, and they had no choice but to return to home together. Xu Beihong thus became the breadwinner of the family, and began teaching arts in various schools. These hardships with his father along with the pain of experience the death of his first child in later years prompted him to change his birth name “Shoukang”, meaning longevity and health, to “Beihong”, which refers to a sorrowful goose.

Xu’s paintings included portraits, historical events, animals and landscapes. From a young age, he would portray what he observed in nature. In his many animal paintings, such as those of horses, cows, chickens, eagles, and lions, would typically have deeper underlying meanings. In 1935, Zhang Daqian, who taught at the National Central University, and Xu Beihong brought their students to Huangshan to sketch, creating indelible images of the Li River and the Himalayas. These scenic vistas were frequent subjects of Xu’s work.

4. Xu Beihong found many benefactors who recognised his talent.

5. Xu Beihong was well-versed in Chinese and Western art, incorporating elements from both in his work.

Xu Beihong was an expert in Chinese ink paintings, calligraphy, oil paintings, watercolour, sketches, and other media forms. He travelled to Paris to study sketching at the Académie Julian in 1919 and was later accepted into the École nationale supérieure des Beaux-Arts. Xu studied under the guidance of François Flameng and then later Pascal Dagnan-Bouveret. During his time abroad, he would often travel throughout Europe to visit exhibitions and museums, exploring the masterpieces of famous past and contemporary artists to compare their merits. Xu was especially influenced by the realist movement in initiating the “Chinese Paintings Revolution”, straying from traditional methods of imitating ancient paintings and instead drawing inspiration from real-life observation to capture their underlying expressions and details.

6. Xu Beihong’s works were inducted into important exhibitions overseas as early as the 1920s.

In 1923, Xu Beihong’s oil painting Portrait of an Old Woman was on display at the French National Art Exhibition. In 1927, nine other chosen pieces of work gifted by Xu were showcased there. Following these displays, he received invites from Brussels, Belgium, Berlin and Frankfurt to hold personal art exhibitions to present the merger of Chinese and Western techniques on an international stage.

Along with Chang Taofan, Sanyu, Xie Shoukang, Liu Chiwen, Shao Xunmei and other overseas students, Xu Beihong formed the “Heavenly Dog Club”. The members held various areas of expertise. For example, Xie specialised in politics and economics, while Sanyu focused his studies on painting. They were very committed and cohesive group, often gathering to discuss literature and art, as well as the future prospects of the country.

After returning home, Xu Beihong was actively engaged in art education, successively teaching at Nanguo Art College, National Central University Art Department, Peking University Art College, among other institutions. He advocated sketching from live objects as the foundational training for painting and was focused on cultivating aesthetic sense and creativity with students. During his tenure as professor and director of the National Central University Art Department, Xu made use of the school year, grades, and the credit system to set up elective and compulsory courses such as sketching, oil painting, Chinese painting, art theory, and clay sculpting classes. By combining classroom teaching and the studio system, he paid particular attention to his students’ personal interests, while simultaneously ensuring that they all received active guidance. Xu also emphasised recruiting teachers with insight, such as by hiring Huang Junbi to teach landscapes, as well as Fu Baoshi to teach art theory and history. Occasionally, Xu would also hold lectures that introduced foreign painters to encourage the development of his students’ ability to appreciate art.

9. Xu Beihong supported Fu Baoshi, Wu Zuoren and many others to study abroad.

Xu Beihong actively promoted talent, having lent a helping hand in many artists’ journeys to study abroad. He persuaded Xiong Shihui, the director of Jiangxi province to fund Fu Baoshi, who was talented but impoverished, to study art in Japan. He also sponsored Wu Zuoren to study abroad in France.

In 1933, Xu Beihong gathered the works of Chinese artists, such as Zhang Daqian and Qi Baishi, for the “Modern Chinese Paintings Exhibition” in Paris. This exhibition, which promoted Chinese art, stirred up immense excitement and drew in lots of attention, with the exhibition catalogue alone reaching an impressive third printing. The exhibition was then moved to Belgium, Milan, Moscow, and other places.

After Qi Baishi settled down in Beijing, his artistic background and new style of painting alienated him from the rest of the art world. However, the well-known Xu Beihong deeply appreciated Qi's art and would often visit to purchase his works. Although the difference in age between the two was close to 30 years, they sympathised greatly with each other. Not only did Xu invite Qi to become a professor at the National Peking College of Art, but he also recommended him to Zhonghua Book Company, personally writing the preface and helping Qi publish a collection of paintings. Qi has also often mentioned this friendship in many of his verses.

12. During World War II, Xu Beihong travelled to Nanyang to raise funds for the War of Resistance Against Japan.

In 1938, Xu Beihong travelled between Chongqing and Guilin. At the time, there were already ideas of holding a fundraiser against Japanese aggression. It was under this climate that he made contact with influential Chinese patriots overseas, gifting them with writings and artwork. An example of such work is Three Ducks, painted in 1938 (Sotheby's Hong Kong, October, 2012, Chinese Paintings Auction, Lot 1375). It was gifted to Mr. Tan Chinhean in Singapore, who also happened to be a preparatory committee member of Xu’s 1939 Singapore Relief Association. In the years that followed, Xu continued his contributions to the nation, successively visiting Singapore, Kuala Lumpur, Penang Island, Ipoh and other places to hold exhibitions. He also painted various works of art for Chinese people in these areas, collecting all donations to aid Chinese refugees. Hence, from time to time, works dedicated to famous families in Nanyang still appear on the market today.

13. Xu Beihong connected with many prominent sponsors in his anti-Japanese War exhibition.

The Huang brothers Menggui and Manshi have repeatedly assisted in Xu Beihong’s artistic journey, with Xu referring to them as “his first confidants in life”, or familiarly as “Big Brother” and “Second Brother”. Before his tuition fees ceased in 1925, Xu met Huang Menggui, who was staying in France at the time. He arranged for Xu to paint portraits for overseas Chinese leaders in Singapore to supplement his income and asked his brother, Huang Manshi, to look after him, thus marking the beginning of Xu’s journey to Nanyang. In 1939, Xu once again returned to Singapore to raise funds and organise the anti-Japanese War exhibition. In the process, he gained the support of local political and business leaders, as well as sponsorship from the literary and artistic elite. For example, famous Singaporean pre-war architect Ho Kwong Yew was one of such sponsors. During the chaotic wartime period, the Huang brothers also hid a large portion of Xu’s important collections and held an exhibition after his death in Singapore, displaying the works he left behind in remembrance of their close friend.

While he was in Shanghai, Xu Beihong would often visit Jiang Meiche, who came from the same village. During these visits, Xu would find himself developing feelings for Jiang’s daughter, Biwei. However, she was already engaged though she did not care for this arrangement, and in the end Jiang Biwei made the decision to defy her family by running off to Japan to elope with Xu. Jiang also followed Xu during his studies in Paris and the two had a son and a daughter together. In 1930, as a professor at the National Central University Art Department, Xu fell in love with his student, Sun Duoci, and in 1938, he announced his separation from Jiang. Due to the firm opposition of Sun’s father to this relationship, the two eventually broke up. Following this episode, Xu would repeatedly turn his attentions back to Jiang, but they failed to reconcile and officially divorced in 1945. Xu’s last wife was Liao Jingwen, a librarian at the China Academy of Art.

15. Xu Beihong was an avid collector.

Within Xu Beihong’s impressive collection, perhaps the works he gravitated toward the most were paintings by Ren Bonian and Qi Baishi. Xu once claimed in a commentary of Ren that “... a true freehand painter of the past and present would most certainly be able to recognise the perfection of Ren’s work.” Xu’s collection includes calligraphy and paintings from every era. During an exhibition held in Hong Kong in 1936, he obtained a highly sought-after Chinese figure painting, The Eighty-Seven Immortals. Xu regarded this treasure as something as precious as his own life, with the seal reading “Xu’s life”. After his death, his collection of more than 1000 works by famous artists were donated for public enjoyment.

Xu Beihong’s paintings have risen in value at auction, driven by high demand.

Xu Beihong stands as one of the most sought-after artists in Chinese modern art market. His works have been widely collected by art lovers in China, Southeast Asia, as well as foreign diplomats to China. Find out more on the results of Xu Beihong’s works at auction. 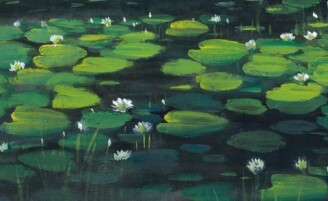 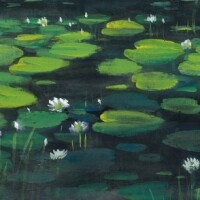