Scottie Pippen, Dennis Rodman and the Golden Era of Sneakers

W ith superstars Michael Jordan, Scottie Pippen and Dennis Rodman sporting attention-grabbing footwear on the court, the Chicago Bulls secured six NBA titles (in two three-peats, no less), cementing Chicago’s legacy as a touchstone of sneakerhead culture, and one of the league’s most formidable dynasties. While Jordan’s pivotal role in launching the global sneaker obsession is undisputed, Pippen and Rodman – both icons in their own rights – exerted enormous influence as trendsetters and tastemakers.

Scottie Pippen – six-time NBA Champion, seven-time NBA All-Star and two-time Olympic gold medalist – is widely considered one of the greatest players of all time. Known for his athleticism, agility and defensive abilities, Pippen matched a career full of highlights with an impressive selection of iconic kicks. Making his NBA debut in 1987 with the Chicago Bulls, Pippen began wearing Nikes on the court in 1989 as the face of the Nike Air Flight. He made his NBA All-Star debut the following year, and in 1992, achieved yet wider recognition as a member of the US Olympic “Dream Team,” sporting Air Flight Lites en route to his first gold medal in Barcelona. In 1994, Pippen stepped into his own – and out of Jordan’s shadow – in a pair of all-red Air Maestro IIs to win the NBA All-Star Game MVP. Bold and unconventional, the shoes captivated audiences; to this day, the striking kicks evoke the golden age of the NBA. That same year, vying for a fourth consecutive title, he memorably adorned his Nike Air Swifts with the word “4PEAT” in black marker. While Chicago did not earn the title that year, Pippen still made history with his epic dunk over Patrick Ewing in Game 6 of the Eastern Conference Semifinals.

During the Bulls’ legendary 72-10 season in 1995-1996, Pippen – joined on the court by Dennis Rodman and a returning Michael Jordan – debuted the Nike Air More Uptempo; with its oversized graffiti-inspired lettering in arresting black and white, it remains one of the brand’s most iconic designs. He followed it up with a new silhouette from Nike, the Air Max Uptempo III, featuring a wave design and teardrop accents – the last Nikes he would wear before being honored with his signature line of Air Pippens. Pippen sported his Uptempo IIIs at the beginning of the Bulls’ 1996-1997 season, in which the team would go on to win a second consecutive title. The game-worn shoes, both signed in silver at the top of the toe box, are now available for purchase at Sotheby’s Buy Now Sneaker Shop – a thrilling opportunity for sneakerheads and fans of one of the NBA’s greatest players.

While Pippen is known for his sneakers, when it comes to cultural influence, it is impossible to overlook basketball’s most sartorially transgressive character. Dennis Rodman’s larger-than-life personality and flamboyant fashion sense, coupled with his fierce defensive hustle and rebounding prowess, drew considerable attention on and off the court. Today, his iconoclastic personal style continues to influence popular culture, evident in stars from Billy Porter to Macklemore to Young Thug; in the e-boys and -girls of TikTok; and in the ’90s revival on high fashion runways. Eclectic, gender-fluid and irrepressibly authentic, he embodied an aesthetic uncannily ahead of its time, with an unapologetic attitude to match – in his autobiography, Rodman declares:

“To hang out in a gay bar or put on a sequined halter top makes me feel like a total person and not just a one-dimensional man.”

Rodman began his career in 1986, playing first for the Detroit Pistons, and later for the San Antonio Spurs. In the early ’90s, he began to experiment with his look, dyeing his hair blond (and red, purple, green and pink) and adorning himself with numerous piercings and tattoos. A highly publicized affair with Madonna and the infamous 1995 Sports Illustrated cover cemented his reputation as a fashion icon and provocateur. Soon thereafter, Rodman was traded to the Chicago Bulls, taking his place in basketball history alongside Pippen and Jordan for a record-breaking season (played in his signature Nike Air Ndestrukts).

In 1996, Rodman donned a wedding dress to promote his autobiography, Bad as I Wanna Be; the book, which spent 20 weeks on The New York Times Best Sellers list, catapulted Rodman to even greater celebrity. Another triumphant season followed, and in 1997, Converse lured Rodman, now one of the most recognizable personalities in basketball, away from Nike. He began the 1997-1998 season sporting the All Star Rodman – his second signature model with the brand, and the first bearing his name. The coveted game-worn kicks, now exclusively available at Sotheby’s Buy Now Sneaker Shop, feature logos on the heel and outsole referencing Rodman’s iconic sun tattoo, with seven lines at the forefoot representing his seven consecutive rebounding titles. The season – Rodman’s last with the Bulls – ended with the team’s third consecutive NBA Championship, and Rodman’s fifth career ring.

Rodman finished his last NBA season in 2000; Pippen in 2004. The two players helped shape one of basketball’s most memorable eras, one in which the worlds of sports, fashion and pop culture become more closely entwined than ever before. Their legacies are enshrined, not only in trophies and championship rings, but in their remarkable footwear: testaments to the spectacular athletic prowess and unique personalities behind the great Chicago Bulls dynasty of the 1990s. 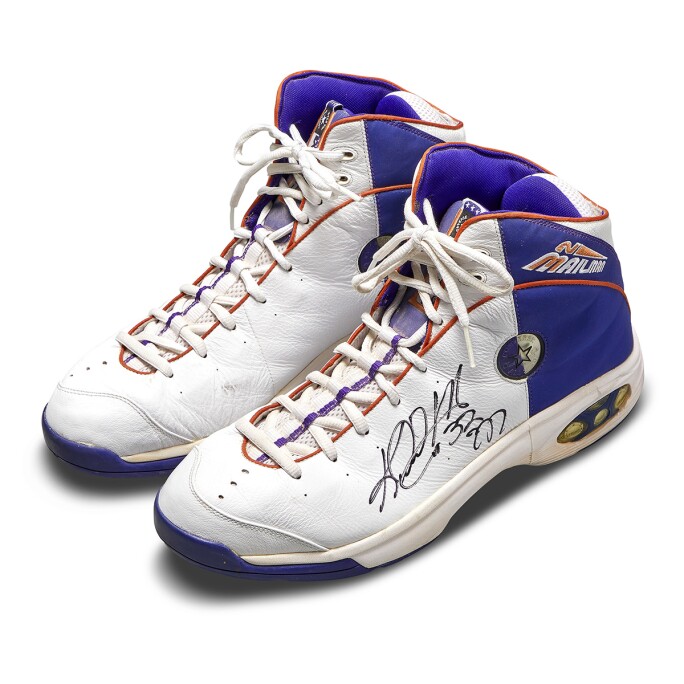 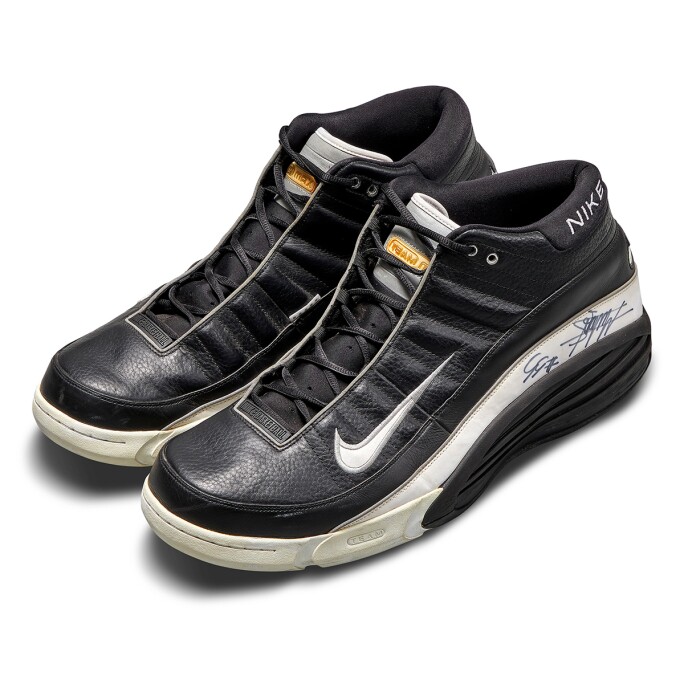 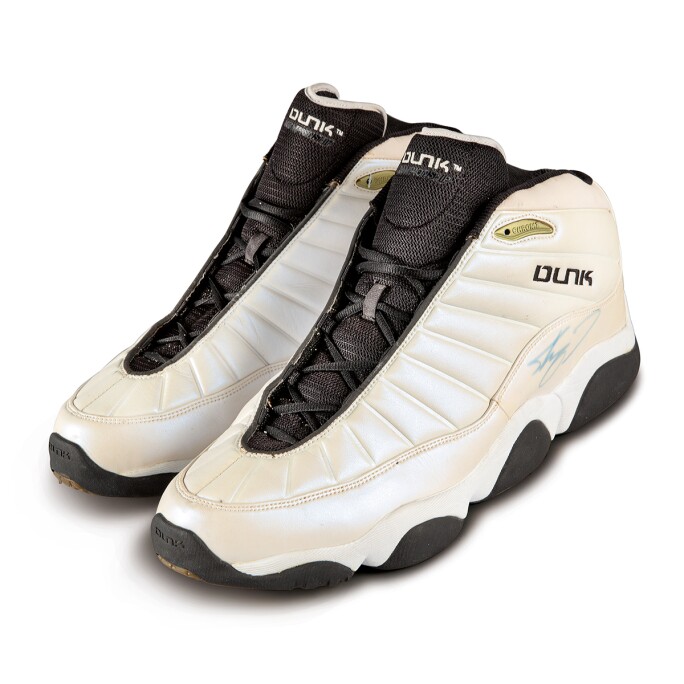 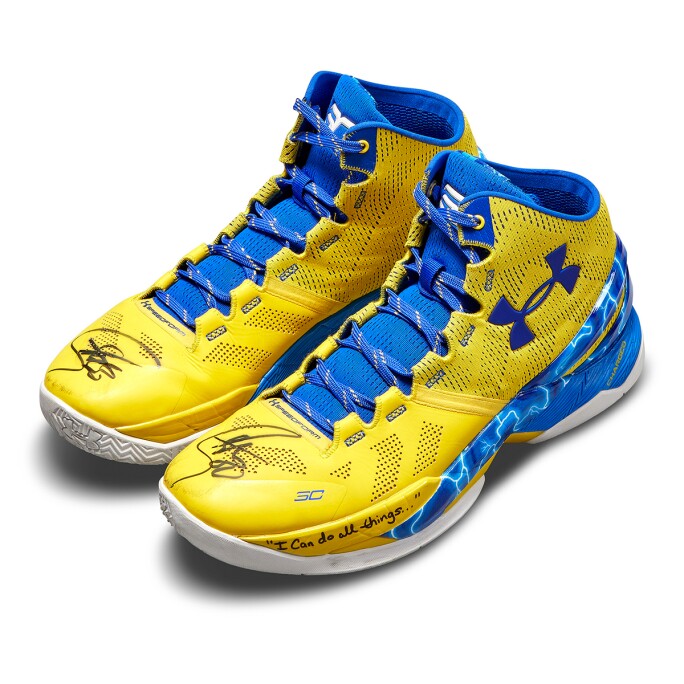 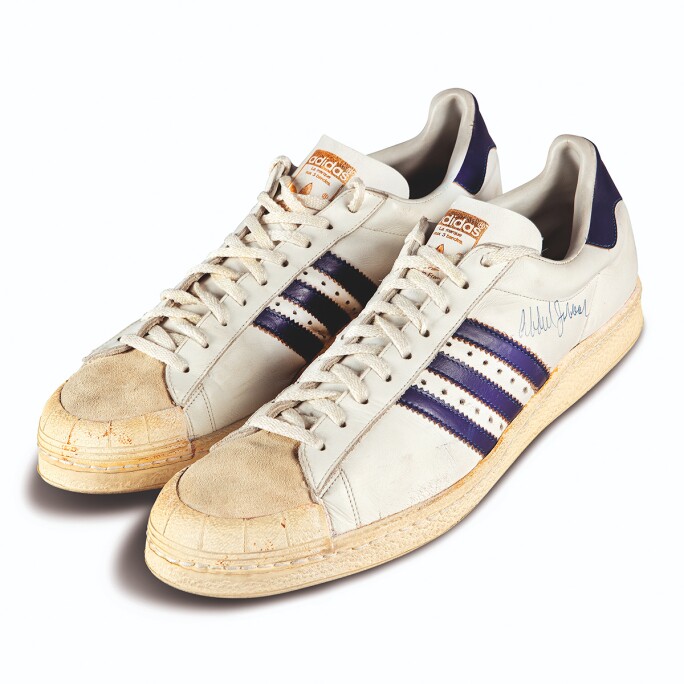 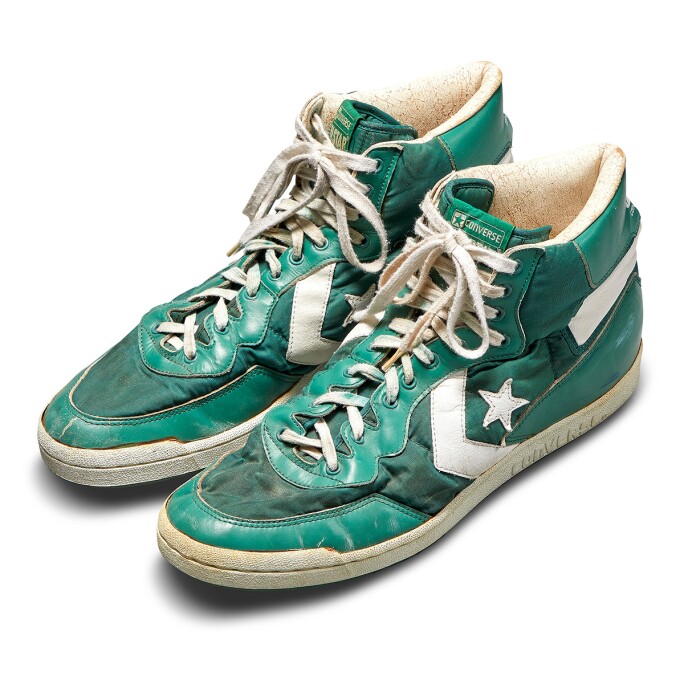 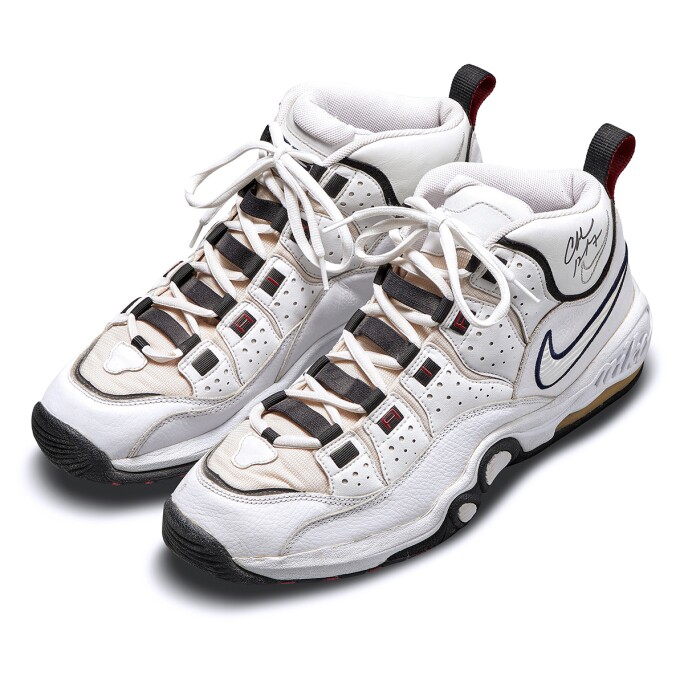 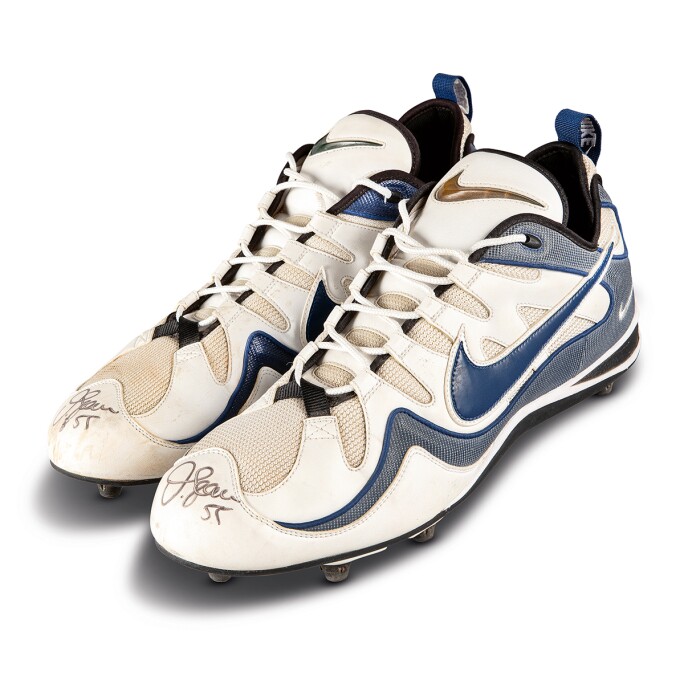