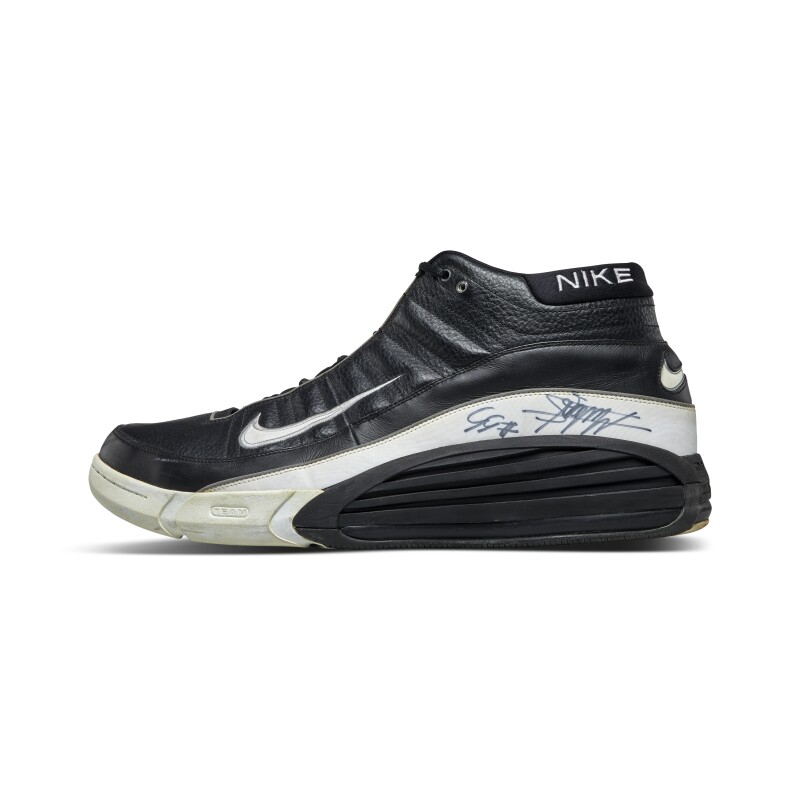 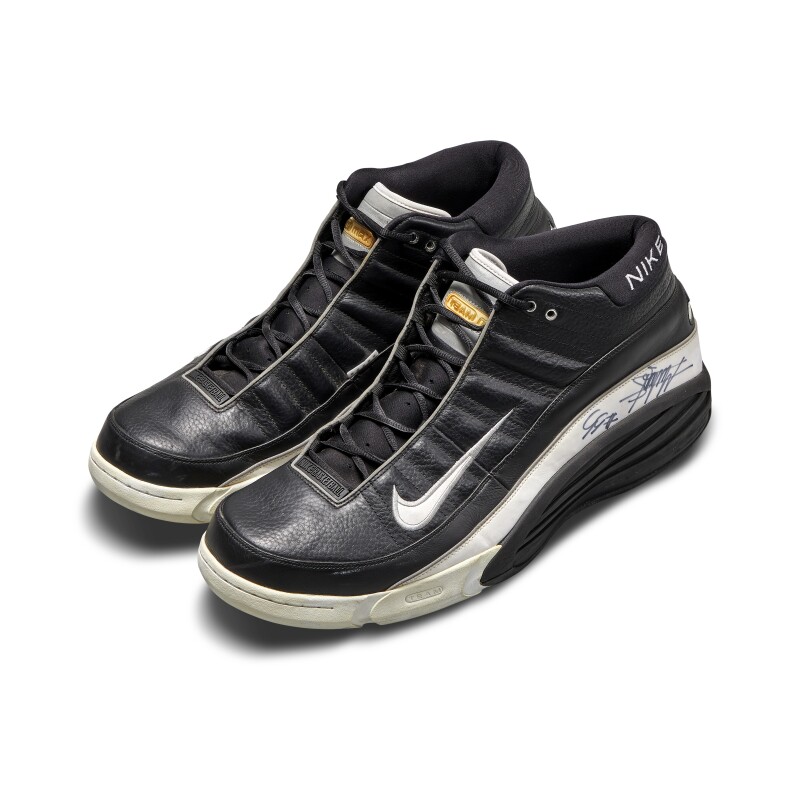 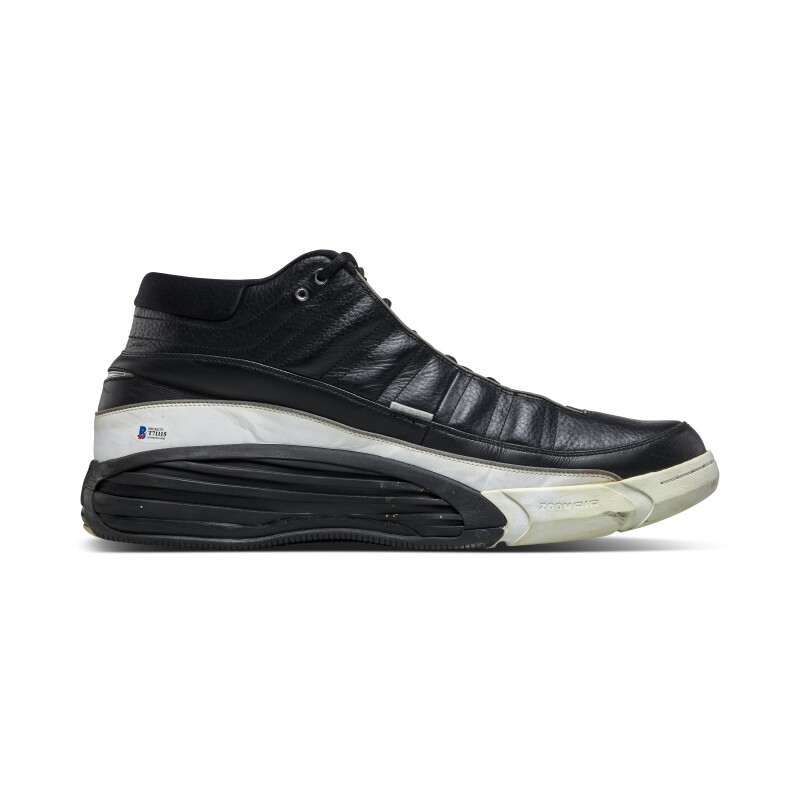 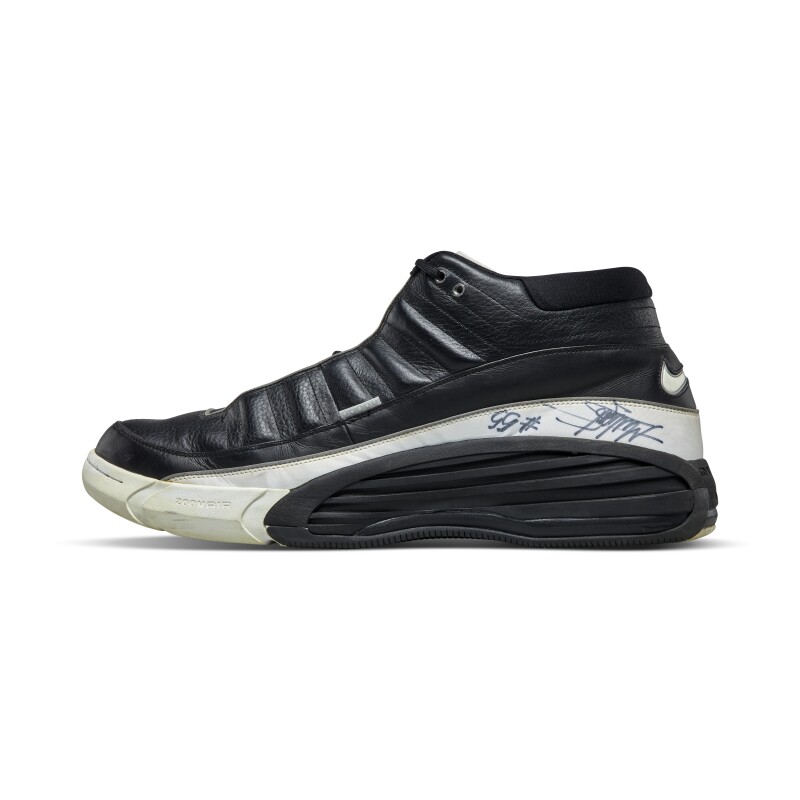 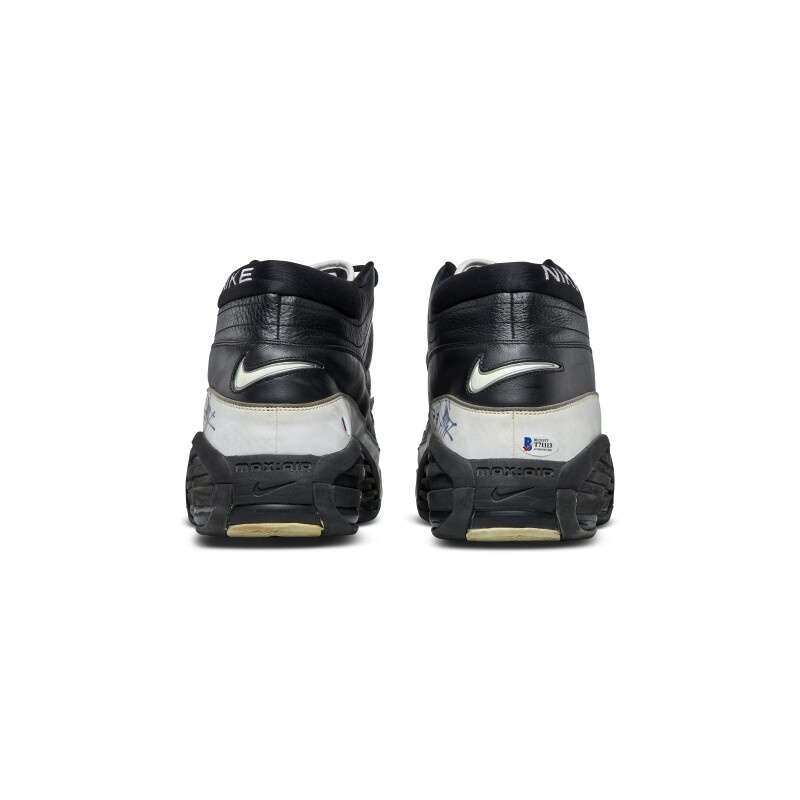 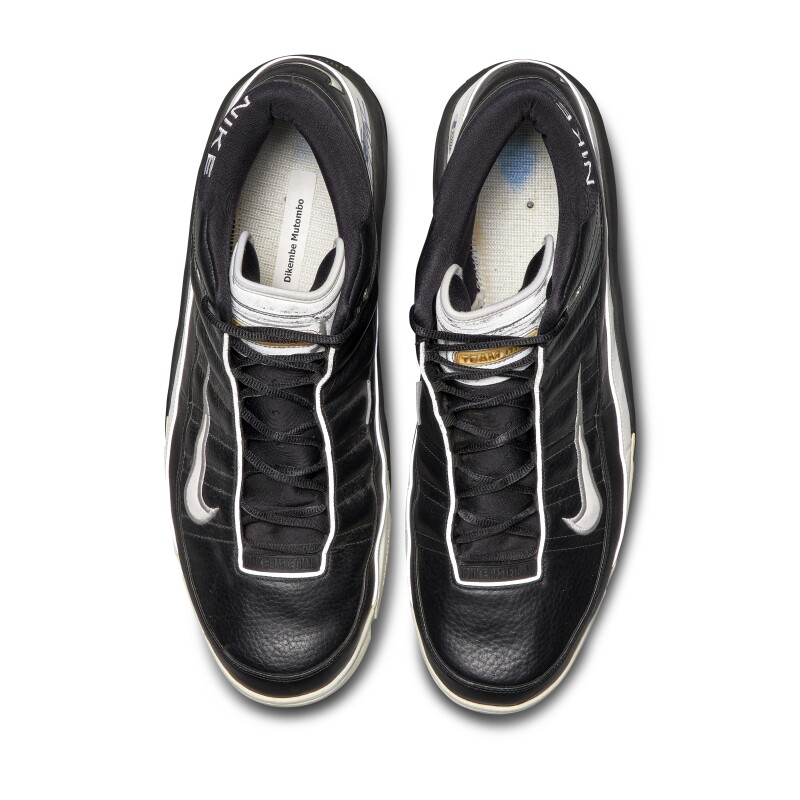 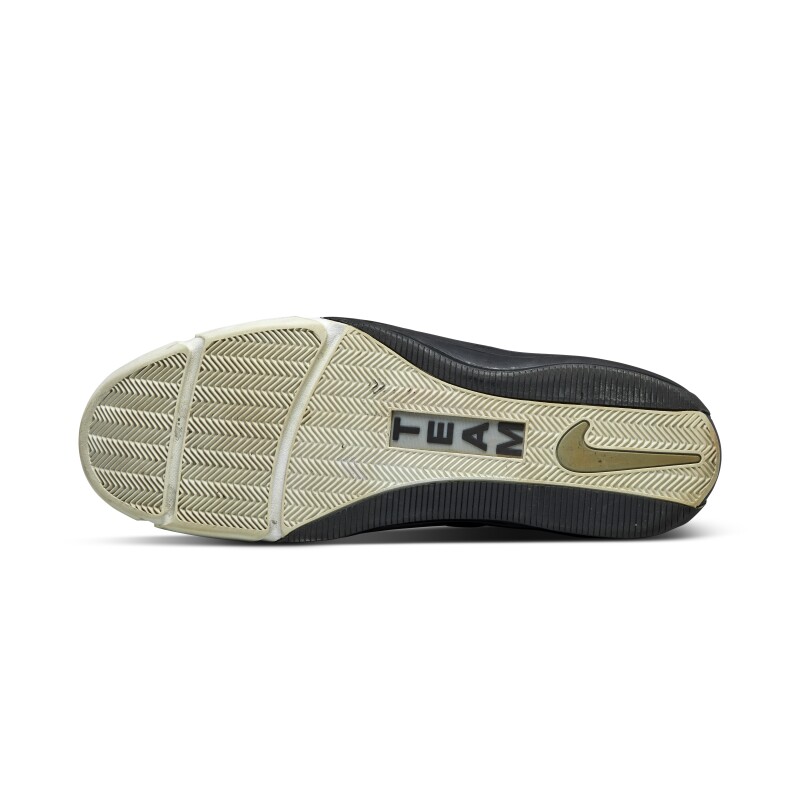 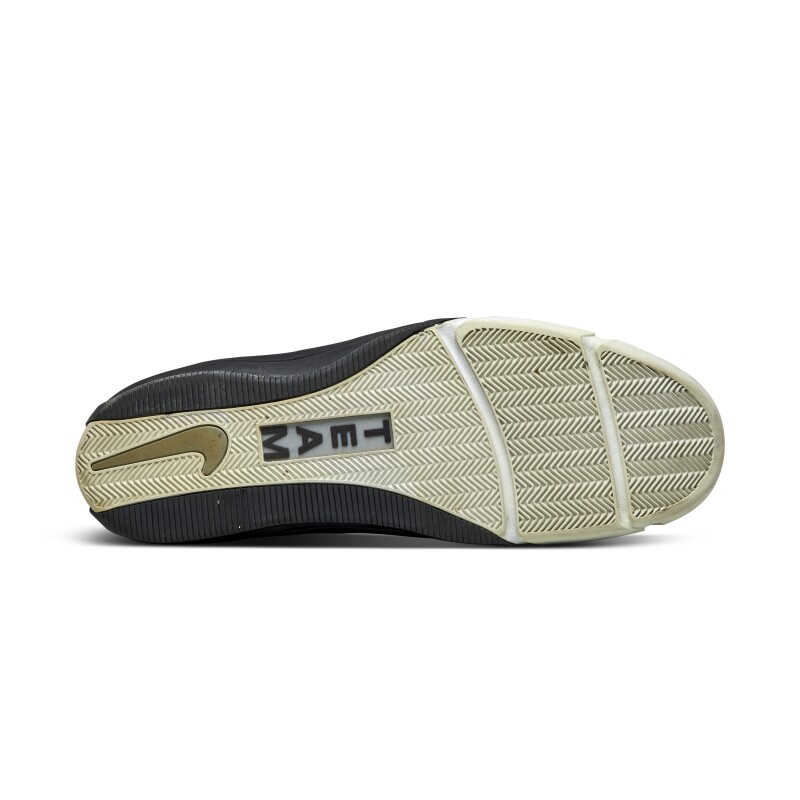 These dual signed sneakers were worn by Dikembe Mutombo in 2007 while playing for the Houston Rockets. 2007 is the year he surpassed Kareem Abdul-Jabbar to become No. 2 on the NBA's all-time blocked shot list. The Hall of Famer ended his 18 season career as a 6 time NBA All-Defensive First Team performer, having led the NBA in blocked shots for 5 consecutive seasons and blocks per game for a record 3 seasons. He is generally regarded as one of the greatest block and defensive players of all-time, winning NBA Defensive Player of the Year 4 times.

This Air Team Max has a unique design that features a large wraparound air bubble with Max air at the heel and Zoom air at the forefoot.