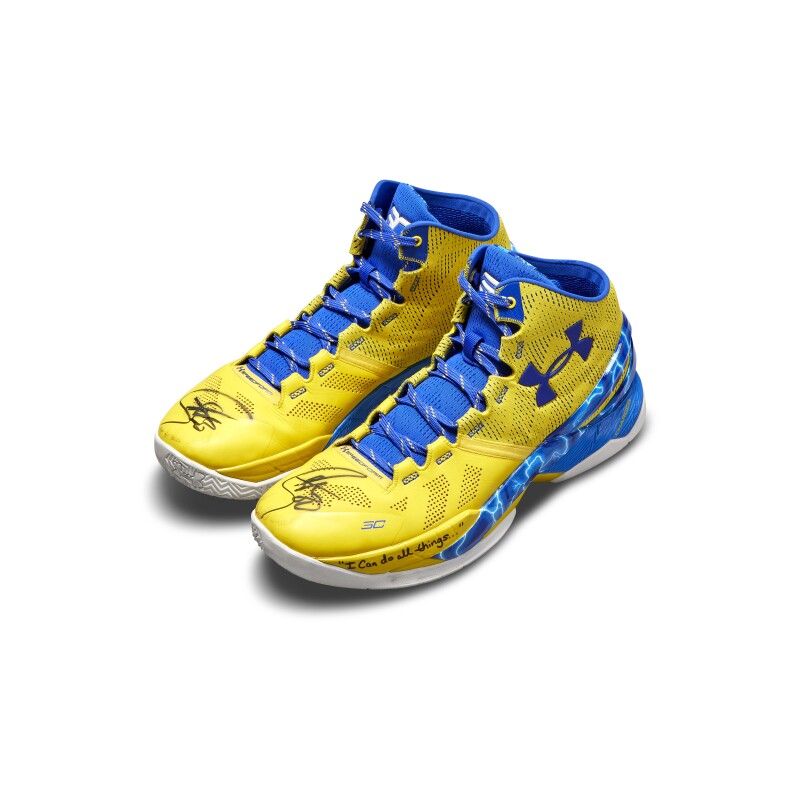 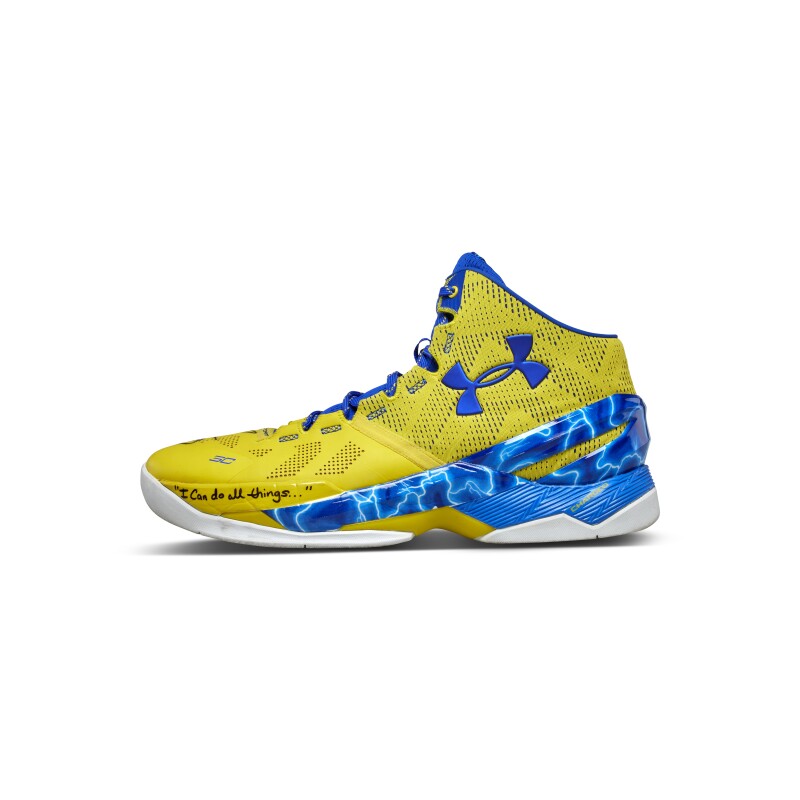 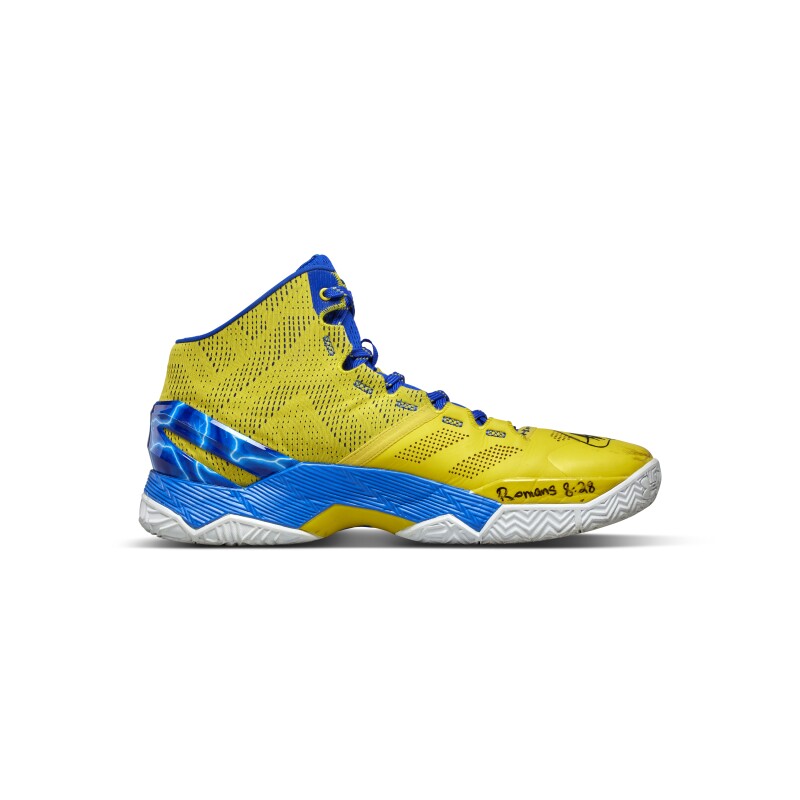 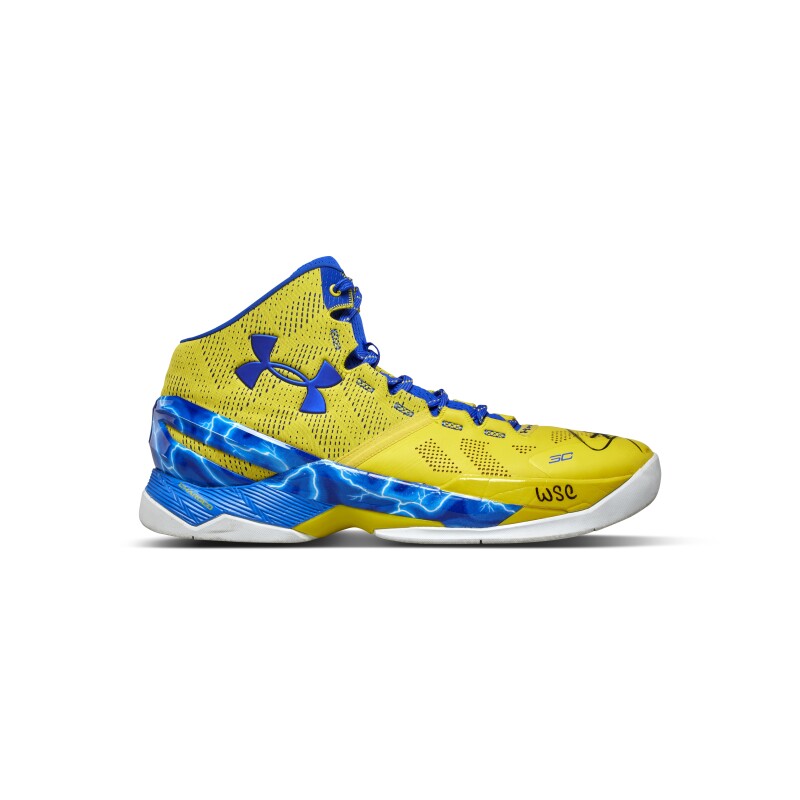 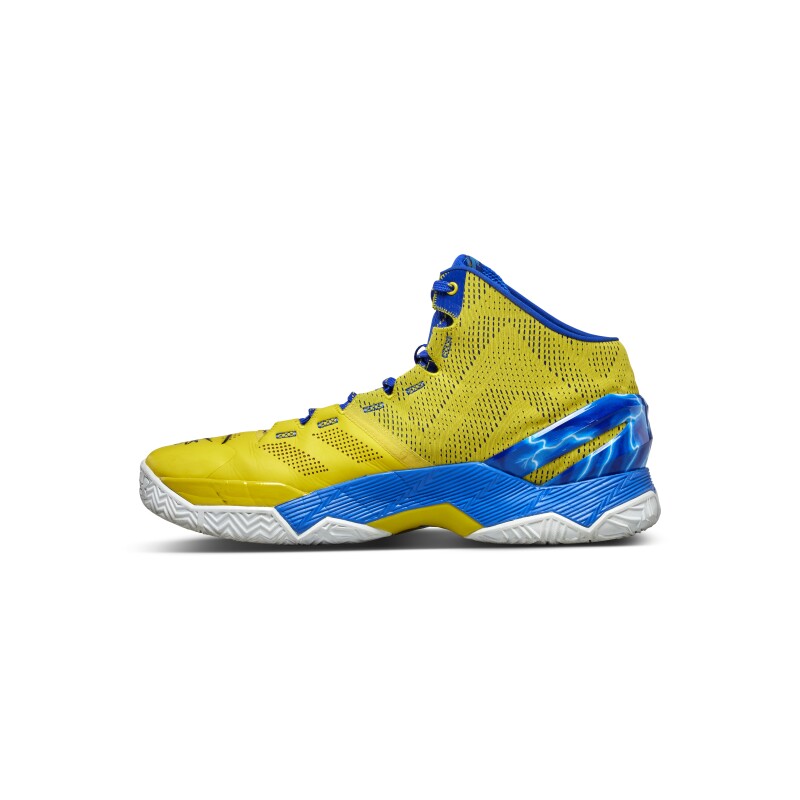 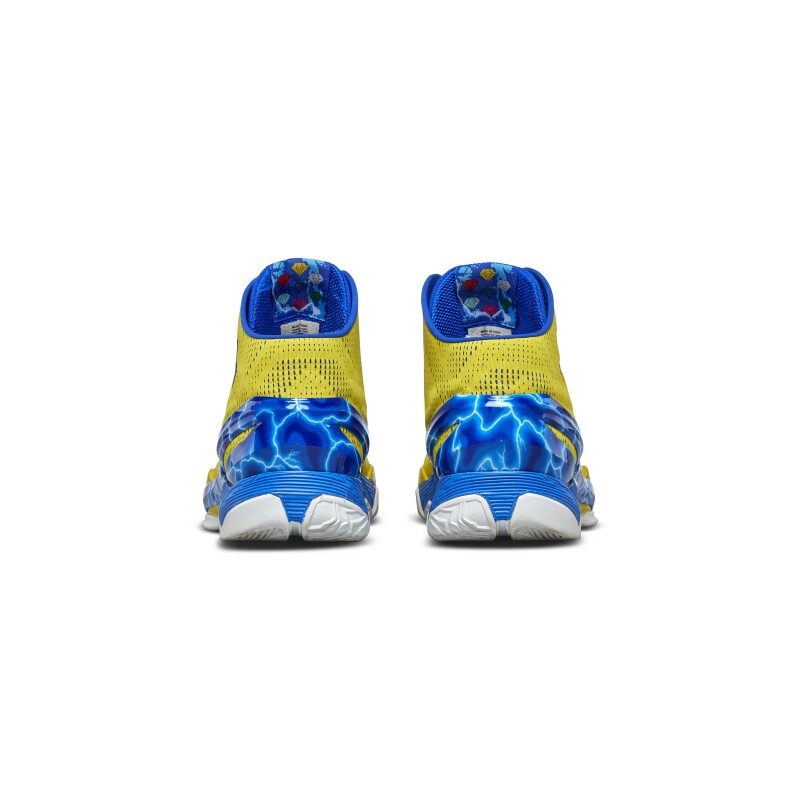 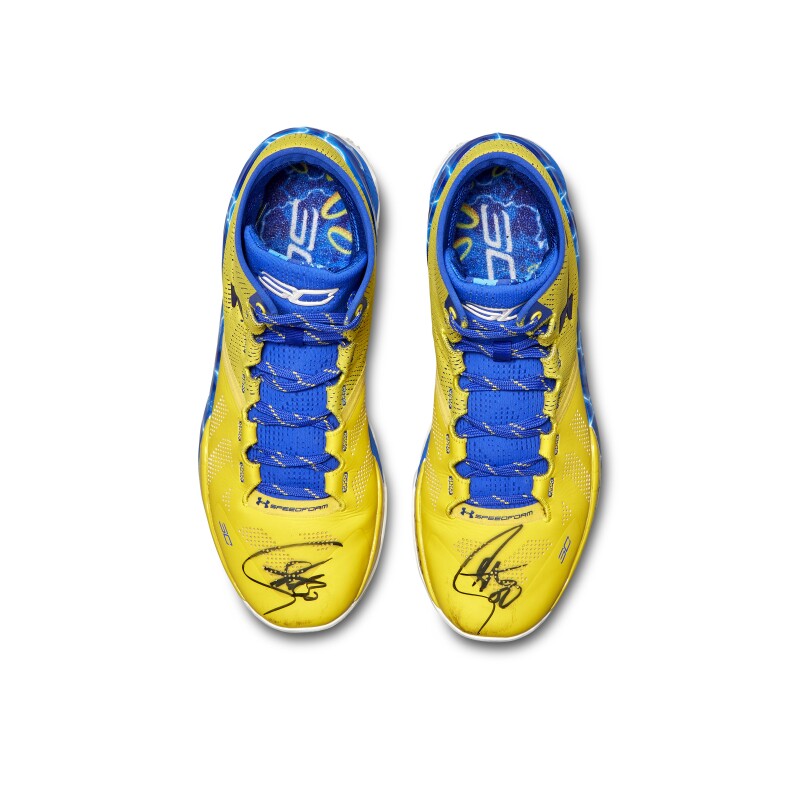 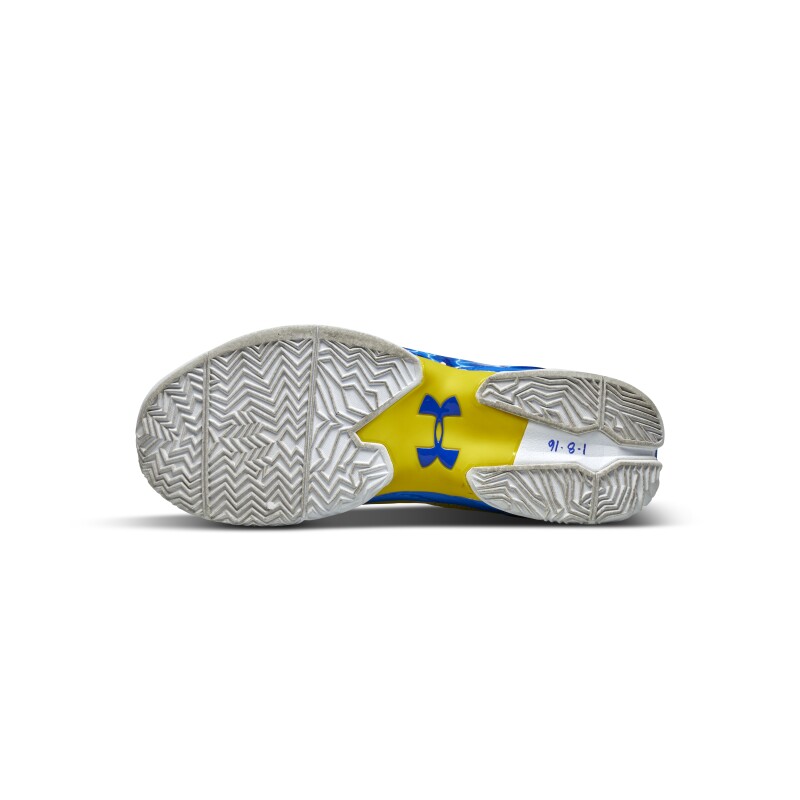 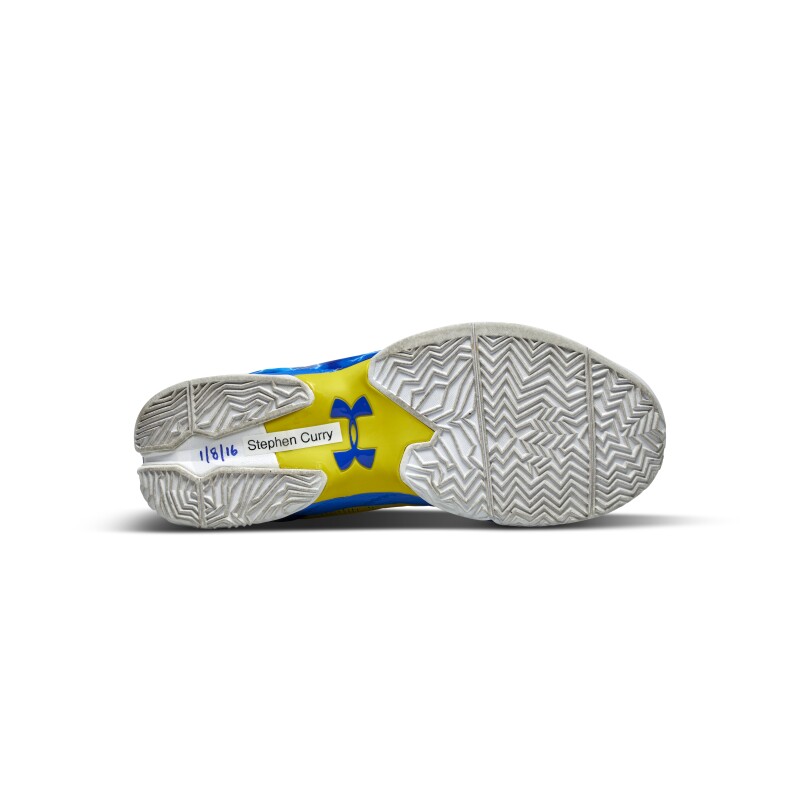 Ships from: New York, US

From the 2015-16 season of Stephen Curry’s unanimous MVP win. Curry wore this pair in four 2016 games: January 5 at Lakers, January 8 at Blazers, January 9 at Kings and January 13 at Nuggets. In total Curry scored 119 points, racked up 39 assists, 24 rebounds, 8 steals and 2 blocks in these sneakers. The Warriors won a record setting 73 games, the best regular season record in the history of the NBA.  They are autographed, initialed, scribed and dated by Curry. The second edition of Under Armour’s Curry design feature Charged midsoles, SpeedForm uppers, and multidirectional soles for extra traction.