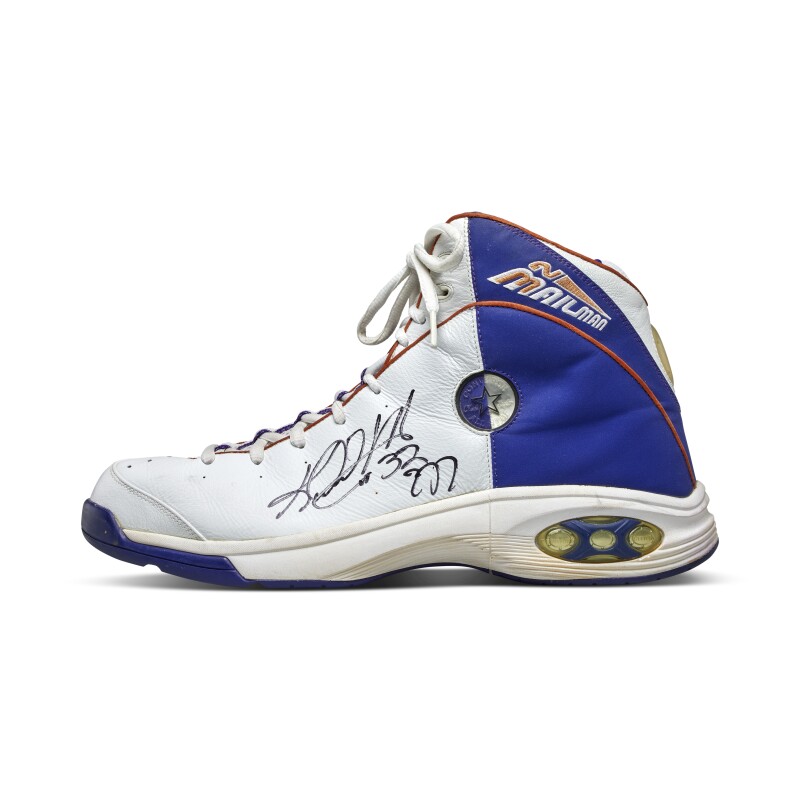 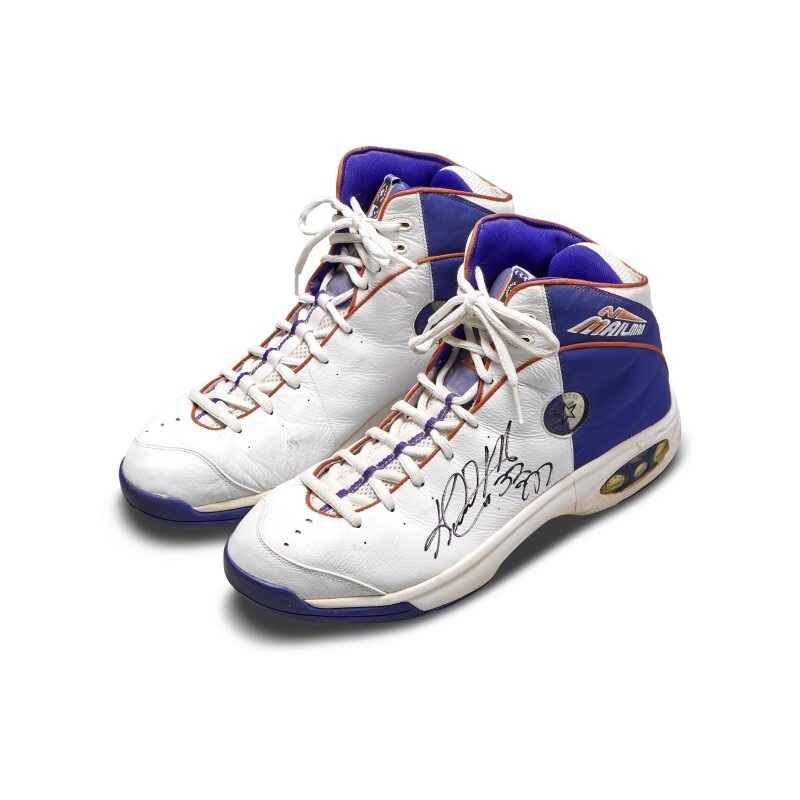 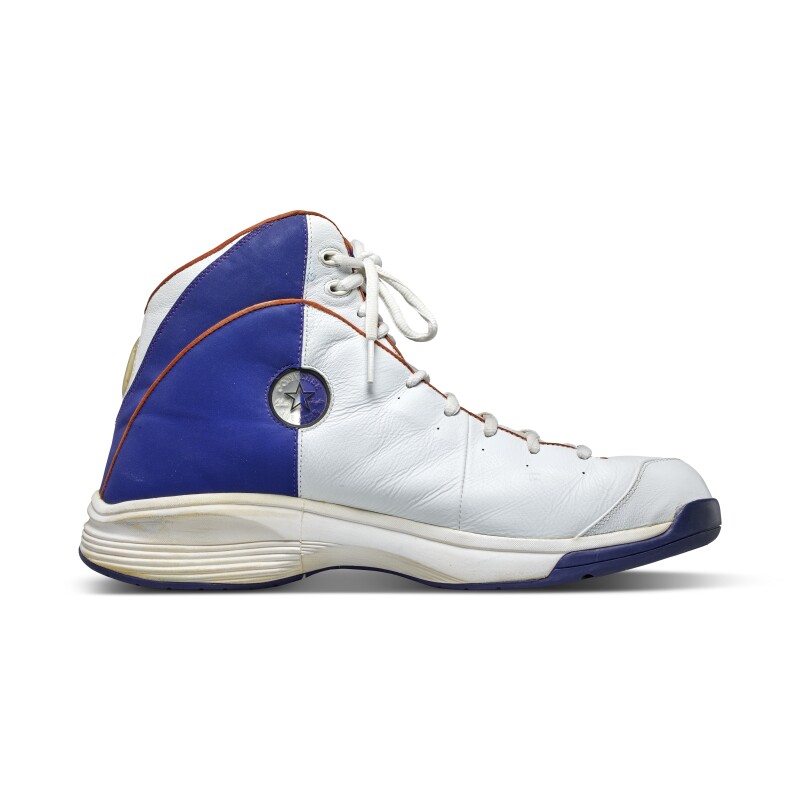 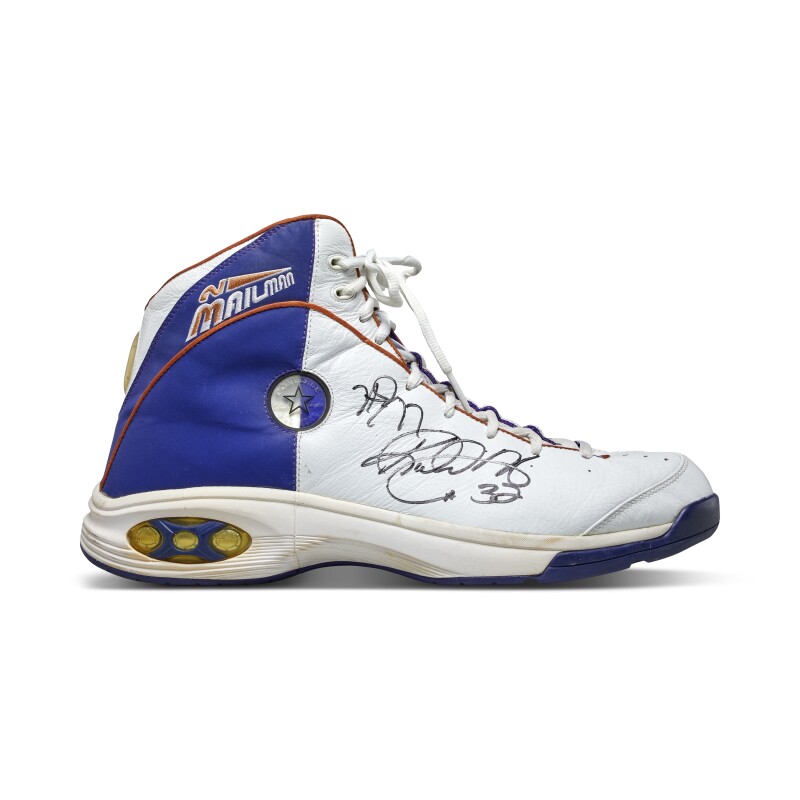 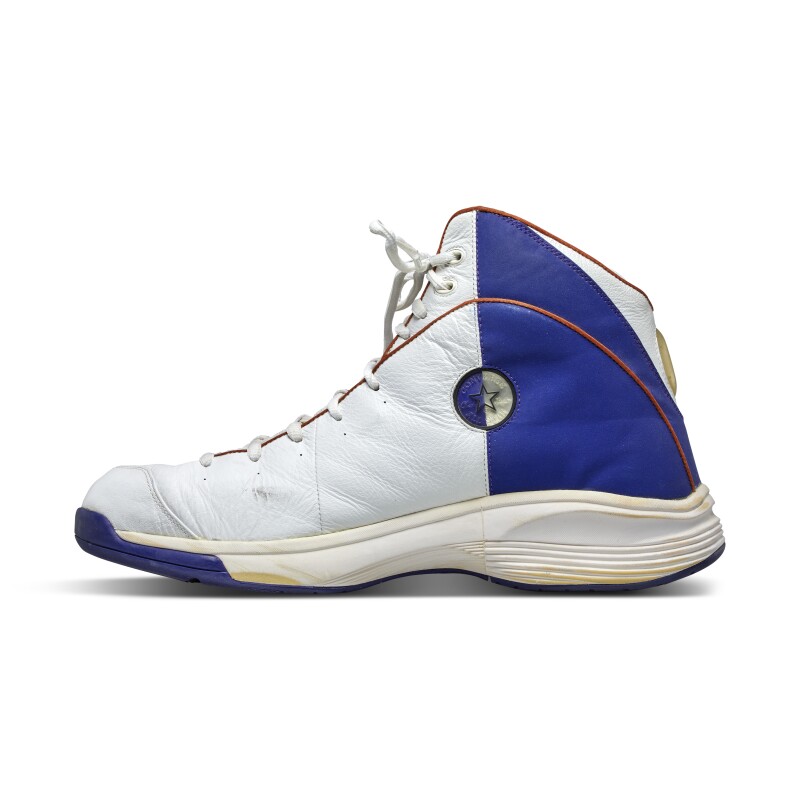 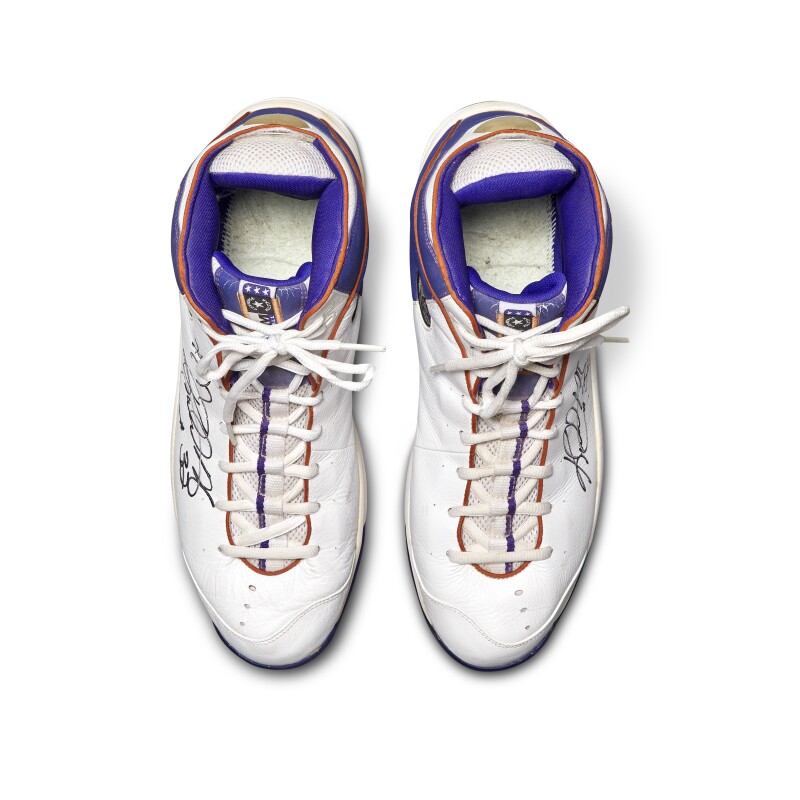 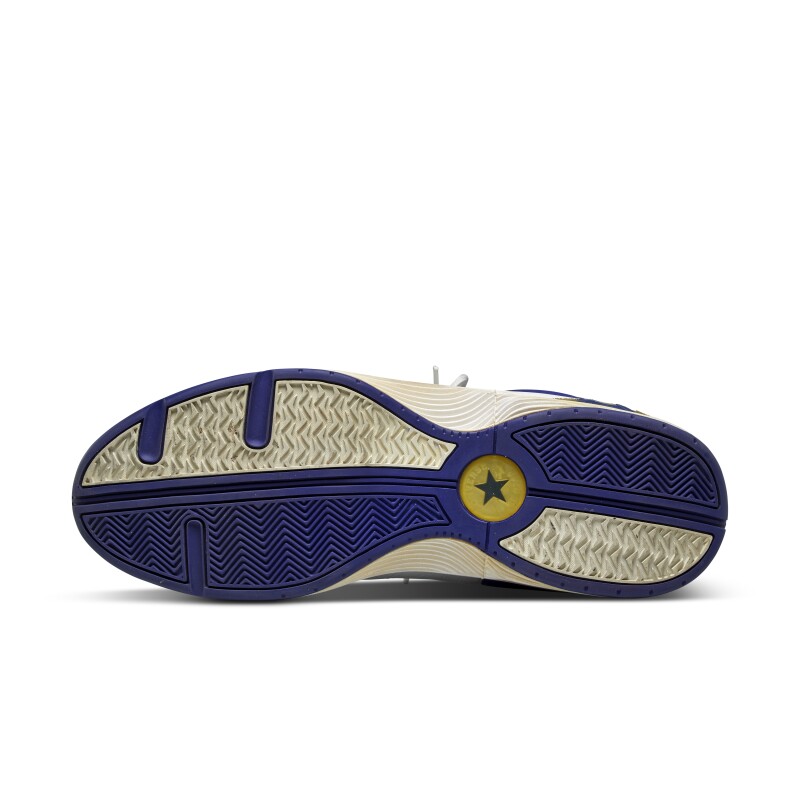 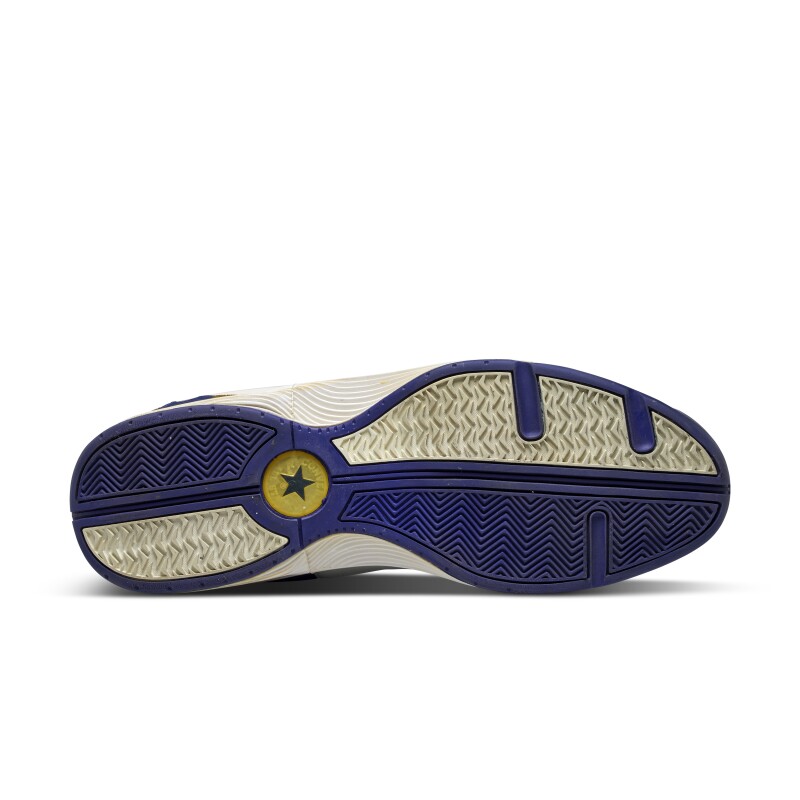 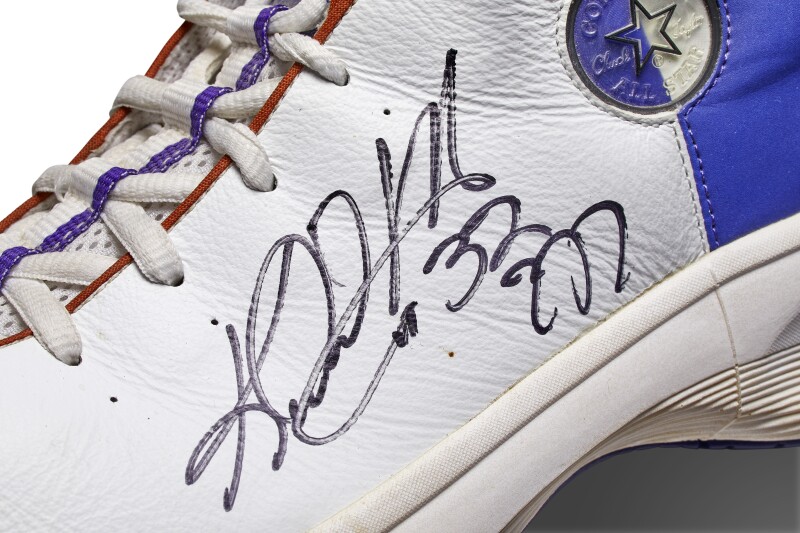 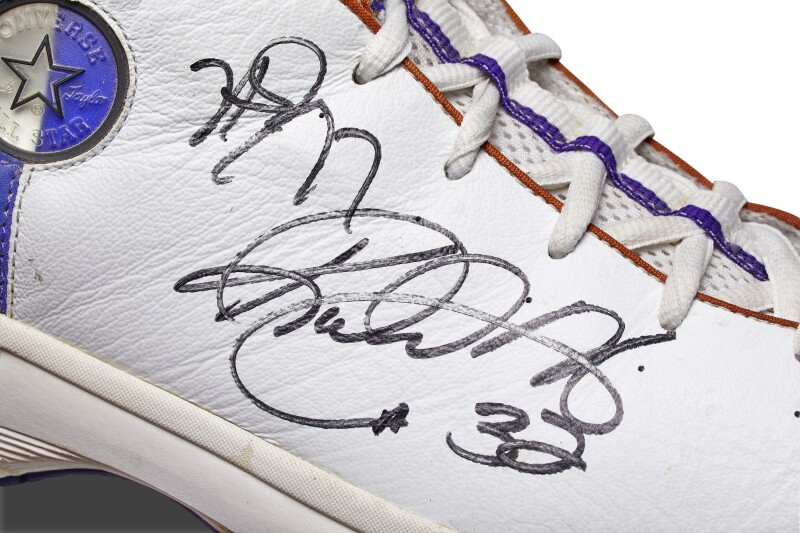 These dual signed player exclusive sample sneakers were worn by Karl ‘The Mailman’ Malone in 2001 while playing for the Utah Jazz. He is widely considered to be the greatest power forward of all time and was voted to the '50 Greatest Players in NBA History' list in 1996. The Hall of Famer ended his 19 season career as a 14 time All-Star, 11 time First Team All-NBA, 2 time Olympic Gold Medalist, and second in most points scored behind Kareem Abdul-Jabbar. Malone and fellow Hall of Famer John Stockton are considered to have put the Utah Jazz franchise on the map.

The ‘Mailman’ model is from Malone’s signature line with Converse. The shoe is named after the infamous moniker he received because ‘The Mailman’ Malone always delivered.