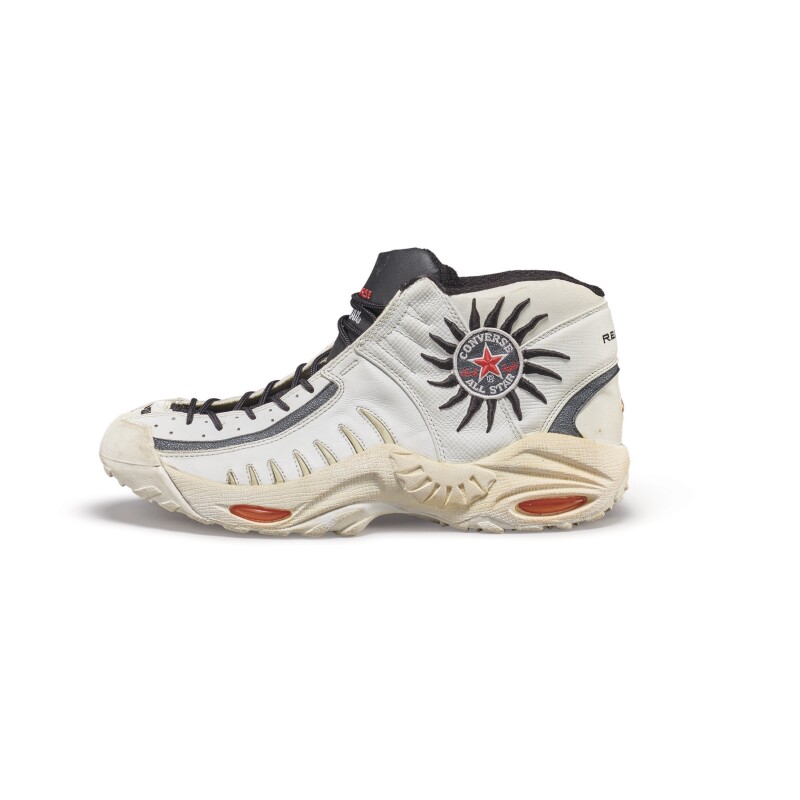 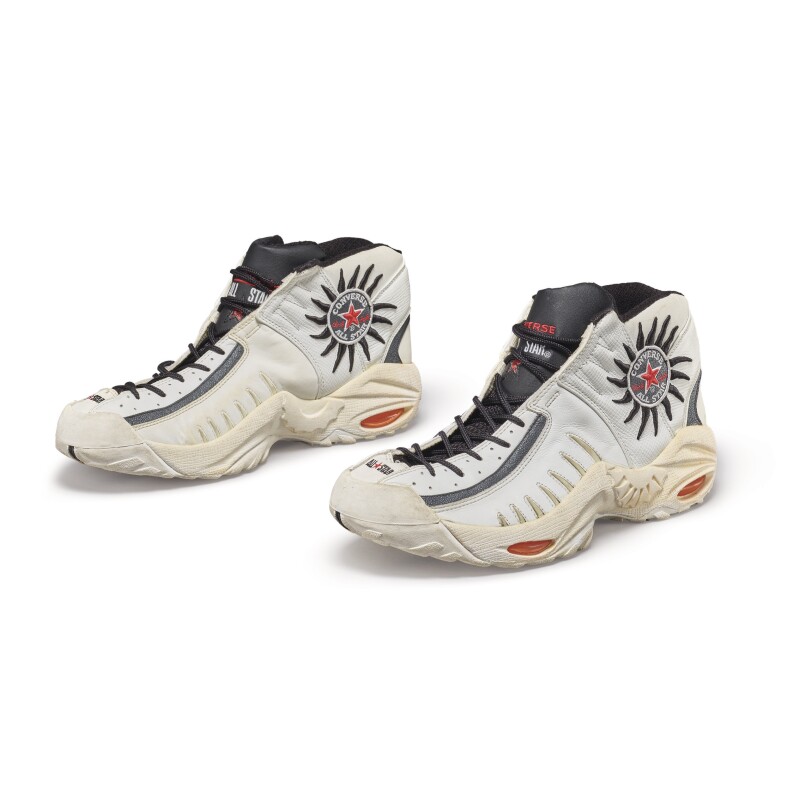 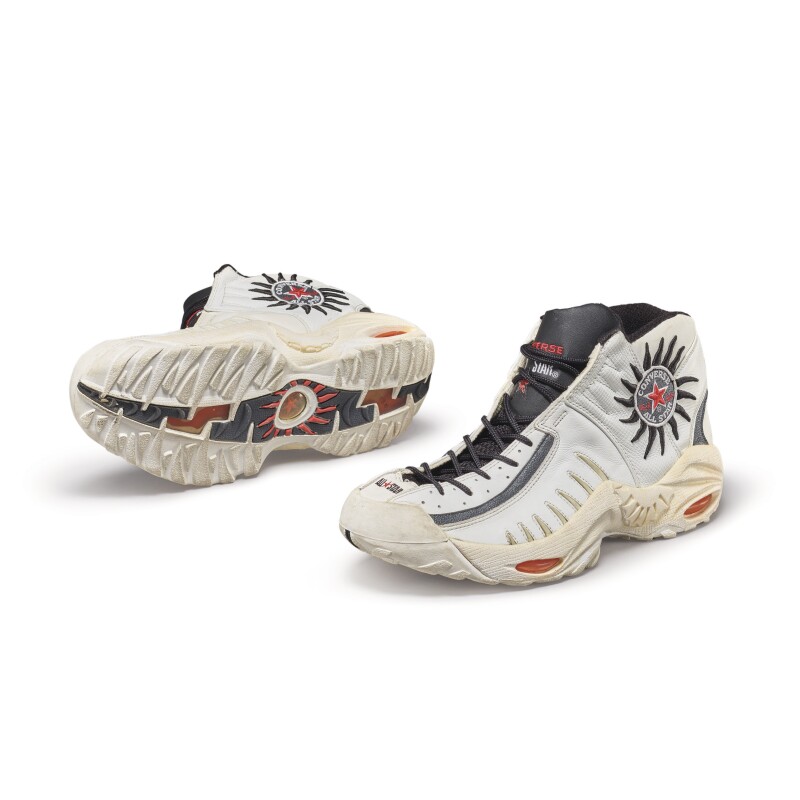 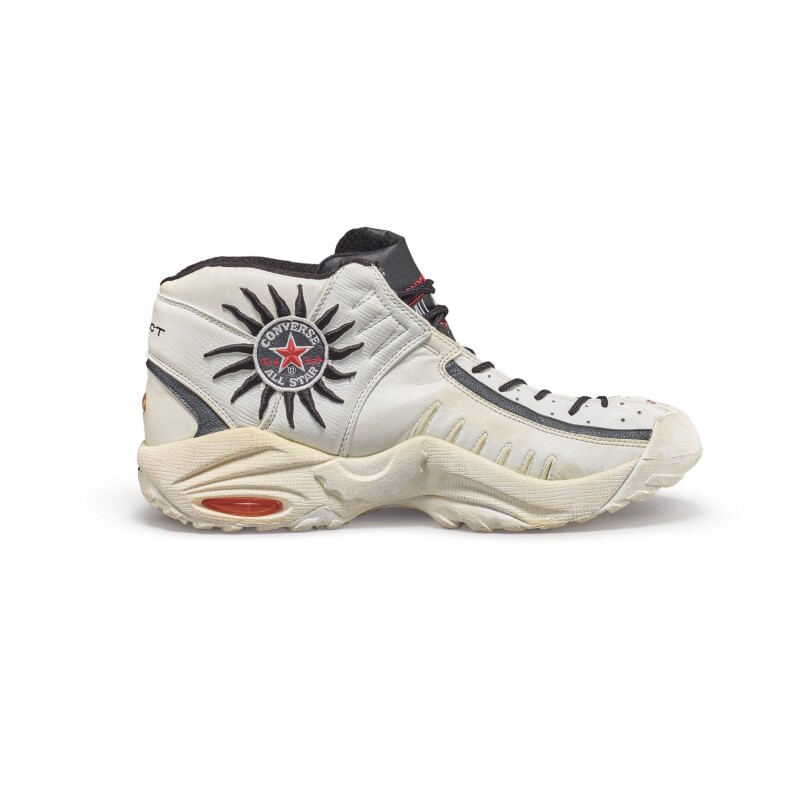 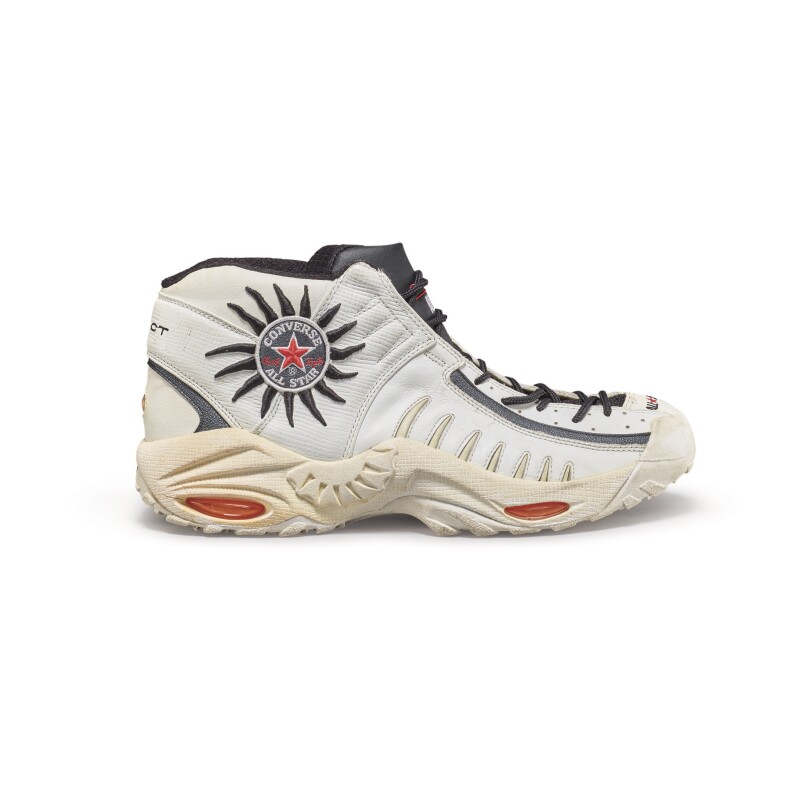 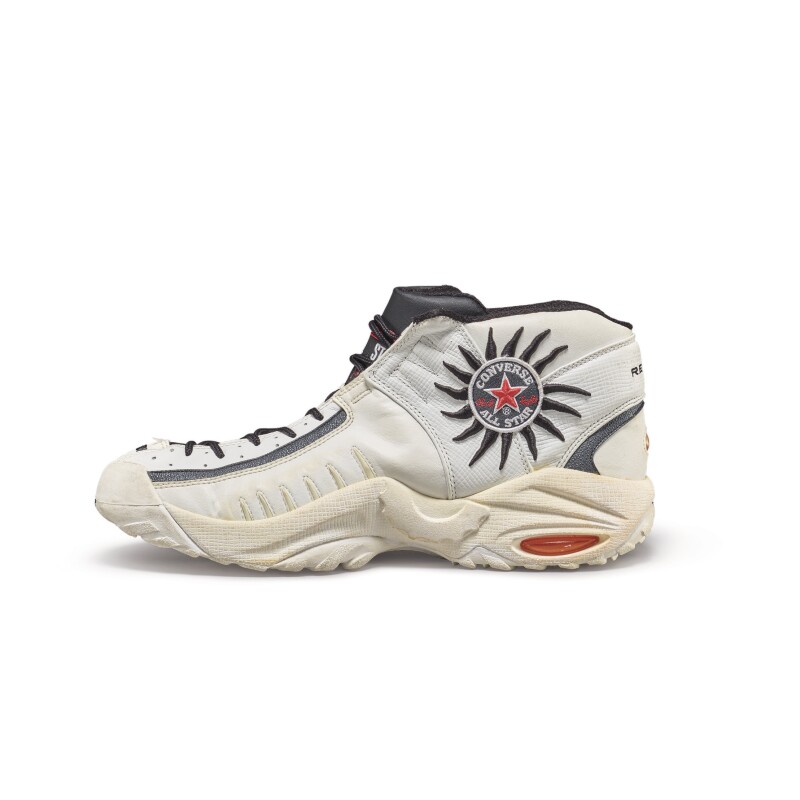 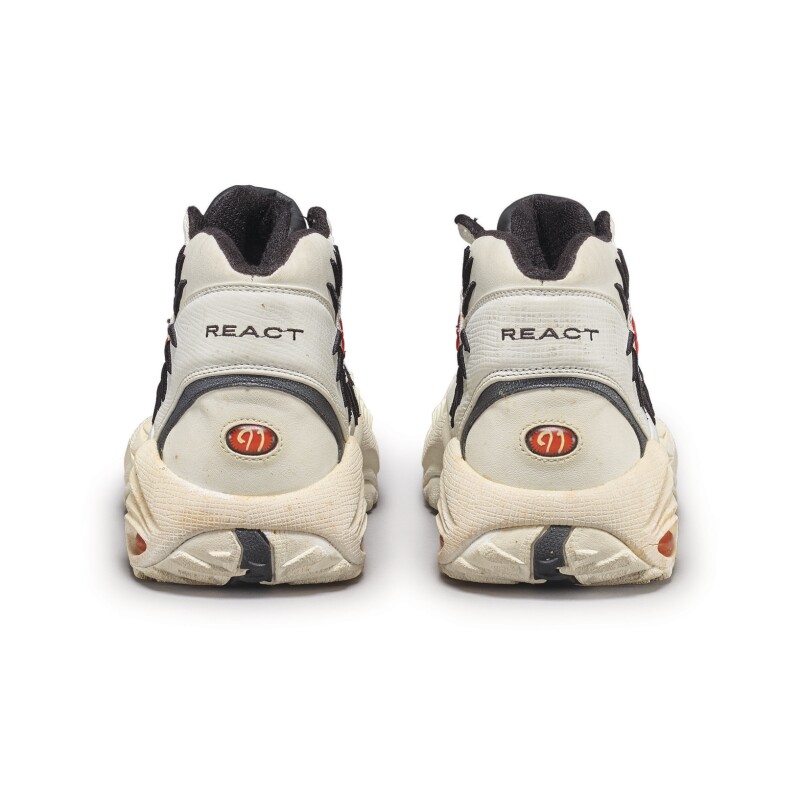 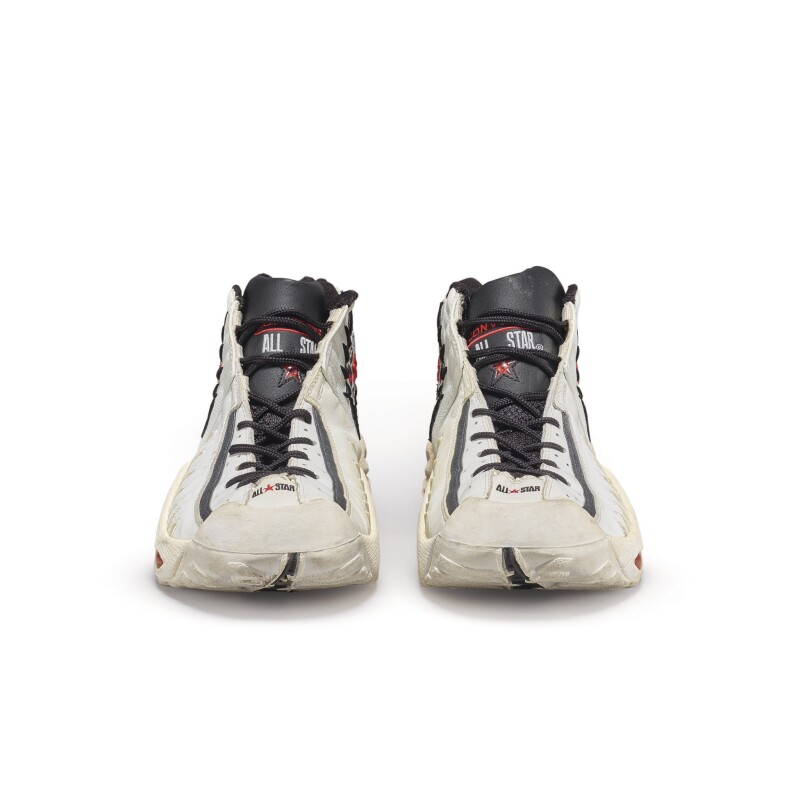 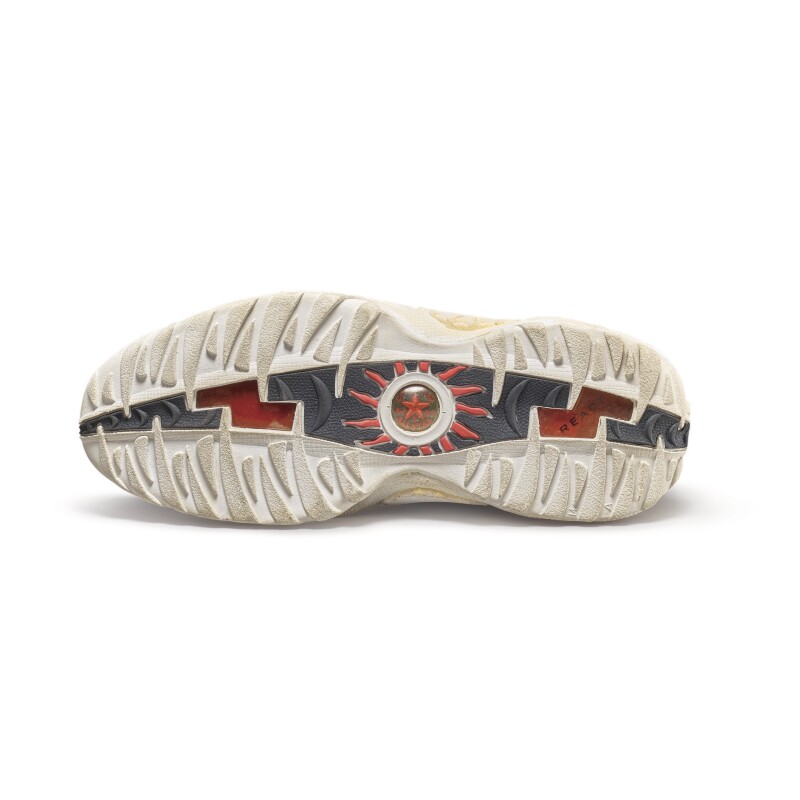 Converse All Star 'AS Rodman' player sample, made exclusively for Dennis Rodman’s personal use during the 1997-1998 NBA season.

This player sample sneaker was made for Dennis Rodman to wear during the 1997-1998 NBA season and postseason with the Chicago Bulls. The season would prove to be epic for the Bulls, winning their third consecutive NBA title with an 87-86 victory over the Utah Jazz in Game 6. During his three seasons in Chicago, Rodman won three titles and played a major role as part of the trio, along with Scottie Pippen and Michael Jordan, that created the 90s dynasty of NBA Championships in Chicago.

Rodman began his final season with the Bulls wearing the All Star Rodman, his second signature model with Converse, and the first with his name. This design was inspired by Rodman’s signature body art and his intensity on the court. He is widely considered one of the best rebounders of all time. The seven lines at the forefoot represent his seven rebounding titles and the Converse logos at the heel and outsole mimic his sun tattoo.

The sneakers are accompanied by a Letter of Opinion from MEARS Authentication, LLC regarding the game use attribution.