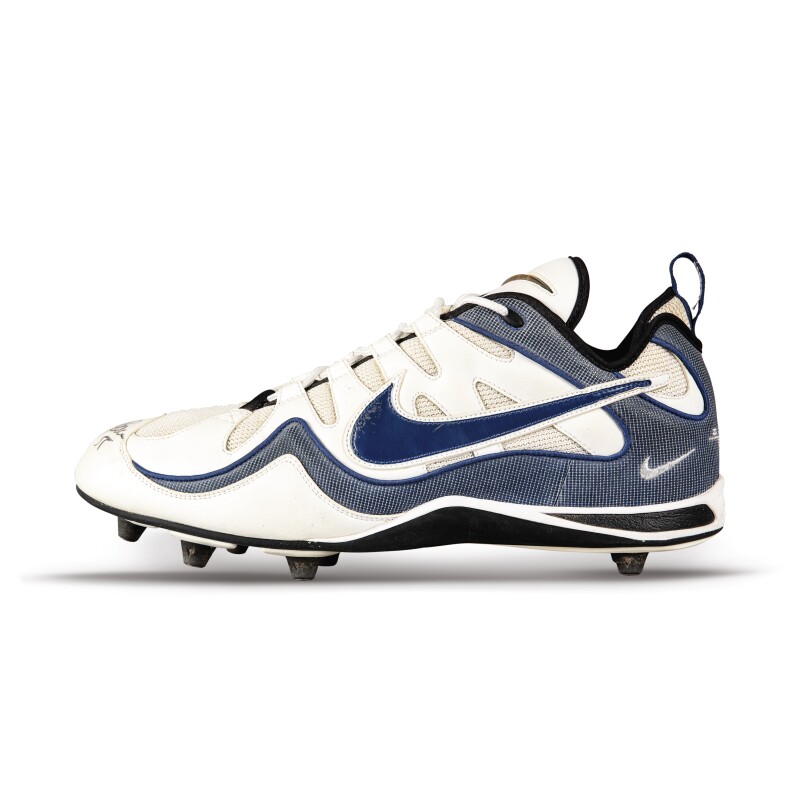 These dual signed sample cleats were worn by the legendary Junior Seau during the 2001-2002 San Diego Chargers season. Seau ended his storied 20 season career in 2009 as an 8 time All-Pro, voted to 12 Pro Bowls. The Hall of Famer was also named to the NFL All-Decade Team of the 1990s and NFL 100th Anniversary All-Time. He is considered one of the best linebackers in NFL history and was known for his hard work, passion, and infectious energy.