Marc Chagall: By The Numbers

· With a passion for art that started early, and never waned, Marc Chagall’s career lasted 75 years.

· Born in 1887, he was the eldest of 9 children in a working class family that called the town of Vitebsk, in what is now Belarus, home .

· The prolific artist is estimated to have produced over 10,000 works in his lifetime.

· He worked well into his old age. Chagall lived to an impressive 97 years of age, dying in 1985.

· His hometown was part of the former Russian Empire and Chagall lived his first 30 years of life during Tsarist rule.

· After the death of his beloved wife Bella Rosenfeld, he fell into a deep depression and didn’t pick up a paintbrush for 9 months.

· Chagall subsequently had 2 housekeepers, Virginia McNeil and Valentina Brodsky. He eventually married each at different points in time.

· He had 2 children, Ida Chagall and David McNeil.

· Chagall’s largest etching series was of the Old Testament, and consisted of 105 plates.

· World War II and the Nazi’s decimated his hometown of Vitebsk, with only 118 of the original population of 240,000 surviving the war. 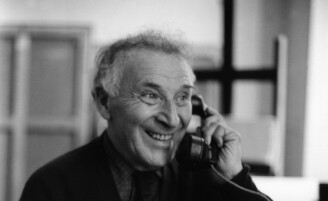