By Sotheby's
Sotheby's Impressionist and Modern Art Evening Sale on 26 February features a magnificent work by German Expressionist painter Ernst Ludwig Kirchner, whose creative principles went on to resonate through the artistic and political inclinations of many subsequent generations. Read on to discover more.

W ith his 1906 work Mädchen Auf Dem Diwan (Girl on a Divan), German Expressionist painter Ernst Ludwig Kirchner was seen to have established a style of his own, one that placed its major emphasis on expressive qualities over his former, more decorative works, and firmly positioned him among the great expressionist painters of his day.

Alongside the other members of Die Brücke, Erich Heckel and Karl Schmidt-Rottluff, Kirchner had made clear his artistic objectives to “carry the future” and “create…freedom of life and of movement against the long established older forces” that he and his colleagues had experienced as art students in Dresden in the early 1900s. Although the style of their art was rooted in German folk art and influenced by French Post-Impressionist painting, the members of Die Brücke invested their art with a freshness and naïvety that expressed the self-confidence of youth. Theirs was the first distinctly German artistic movement of the twentieth century, and their bold aesthetic established Kirchner and his colleagues as a reckonable force among the European avant-garde.

Die Brücke — The Bridge — was organised as a cooperative society with the purpose of holding exhibitions, which would be supported by both active and non-active members. In this way the practising artists of Die Brücke were able to form a network of artists, critics and, crucially, collectors who, in return for a portfolio of prints would support their endeavours in a variety of ways. This support was primarily financial, but included access to contemporary European paintings. Key patrons and cultural figures, including Count Harry Kessler and Karl Ernst Osthaus, were amongst the first serious buyers of post-Impressionism in Germany, in particular the works of Van Gogh, and through their engagement with Die Brücke movement had a profound effect on the development of Expressionism in Germany.

Kirchner’s rapid development of a truly modern style of painting, as clearly evidenced in "Mädchen auf dem Diwan", was due to a powerful combination of awareness of his immediate predecessors' and contemporaries' works and his own fiercely independent and highly innovative nature.

Kirchner’s encounter with Van Gogh’s work was to have a lasting effect on his painting style, introducing him to a way of using heavily impastoed brushwork and violently bright colour tones, though he was swift to insist on his independence from any single post-Impressionist prototype. Kirchner’s rapid development of a truly modern style of painting, as clearly evidenced in Mädchen auf dem Diwan, was due to a powerful combination of awareness of his immediate predecessors' and contemporaries' works and his own fiercely independent and highly innovative nature. The percussive brushwork in Mädchen auf dem Diwan owes as much to the neo-Impressionist’s ‘pointillist’ taches as is does to the rhythmic flow of Van Gogh’s. Though, as Peter Vergo noted, ‘like many of his German contemporaries, Kirchner was less interested in the scientific theories underlying Neo-Impressionism than in the expressive potential of pure, unmixed colour applied directly to canvas. 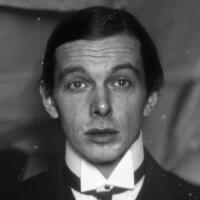 Kirchner and his contemporaries’ early achievements had a profound effect on subsequent generations, not least in their native Germany, where artists such as Georg Baselitz looked to their example in the post-War era. The intellectual and social freedoms sought by Kirchner and his friends also represented an historical basis for the counterculture that developed in the 1960s, and their frenzied, richly coloured style became the artistic embodiment of those liberties.