Visiting Venice with the Old Masters 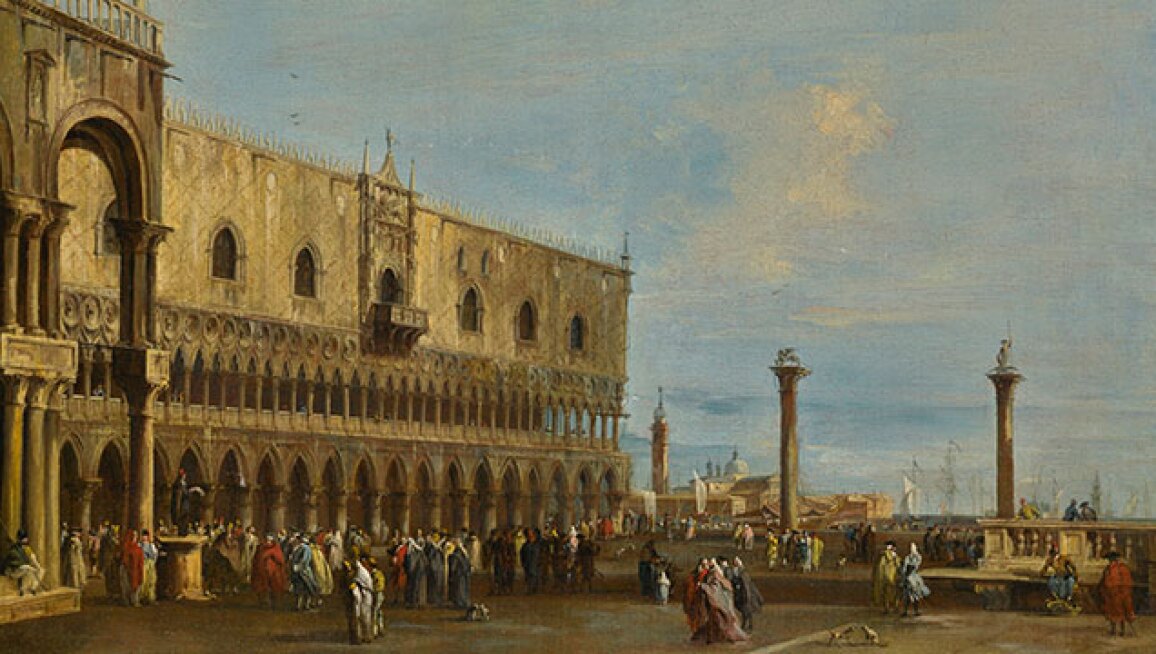 This week the art world throngs to the Venice Biennale to discover the latest in contemporary art. The city itself, however, remains as magical and timeless as it was in the 18th century, when tourists from England and across Europe first began to flock to the Floating City. The birth of tourism in Venice gave rise to a generation of artists including Guardi, Canaletto and Marieschi, who memorialised the city’s majesty in their luminous vedute paintings. Much of the skyline and iconic views have remained largely untouched over the course of centuries. Click ahead to see the enchanting city as it was then through a selection of outstanding vedute featured in our upcoming Master Paintings auction.