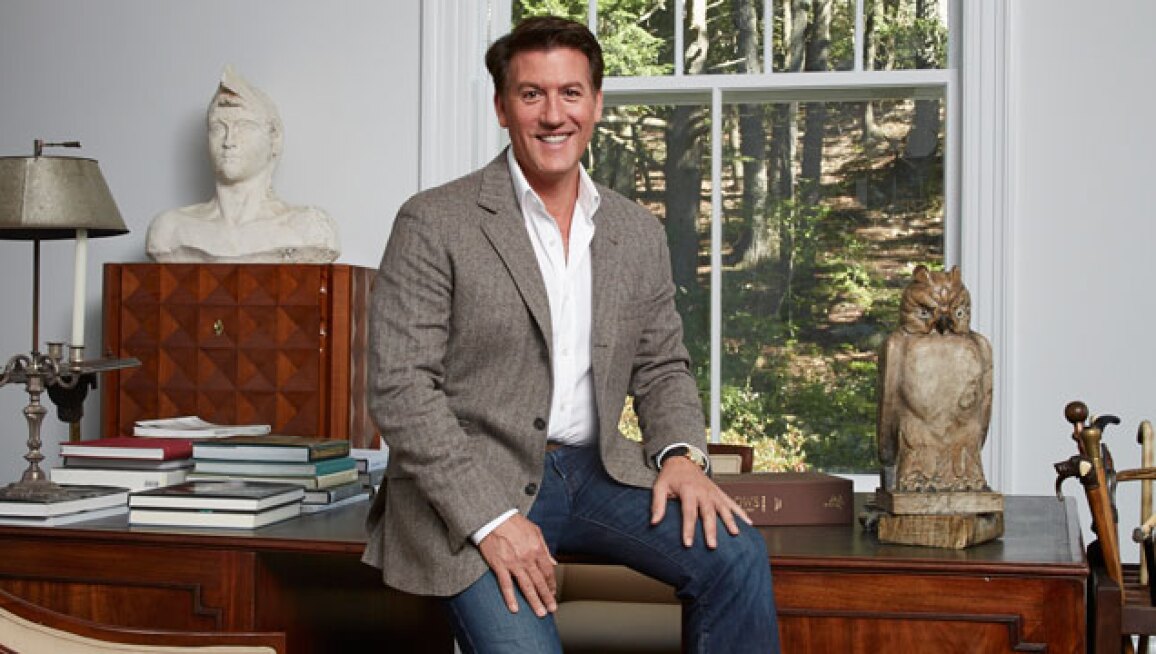 Since founding luxury online marketplace 1stdibs in 2001, Michael Bruno’s creative projects run the gamut. When he is not launching apps and innovative tools of the trade, Bruno buys and restores historic homes, many built by renowned architects such as John Russell Pope and the firm Delano & Aldrich. This summer, Bruno will open his first hotel under his company Tuxedo Hudson. The 7 Lakes Inn will be a cyclist-focused resort in Sloatsburg, New York, with amenities ranging from an organic market and brewery to a bike shop, art gallery and access to trails situated around 70,000 acres of parkland. With a passion for collecting and an eye for design, Bruno often turns to New York’s WYETH for contemporary decor to complement his antiques. "With WYETH, you can mix very modern pieces in an eclectic environment,” he told Sotheby’s. Ahead of our upcoming WYETH auction on 6 June, we spoke to Bruno about the fascinating stories behind his one-of-a-kind homes, as well as the sale’s most splurge-worthy pieces.