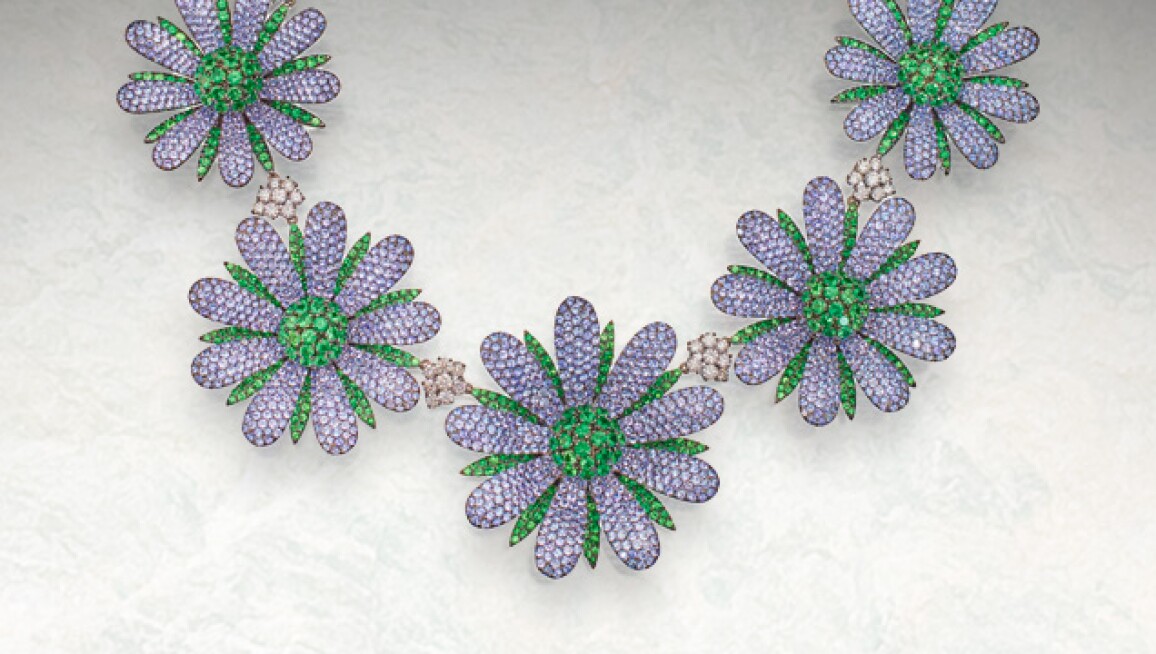 Although mined in a myriad of colours, garnet is believed to be named for its often deep red hue, reminiscent of a pomegranate seed, or “granatum” in Greek. As the ancient myth goes, Hades lured the innocent and majestic Persephone into the Underworld by giving her pomegranate seeds, and her absence from Earth was thought to have caused winter. In honour of January’s birthstone, we present twelve garnet jewels from our archive and upcoming Fine Jewels sale that are as tempting and illustrious as the fruit that inspired the gem’s name.
–Stephanie Sporn