Americana Viewed Across the Centuries 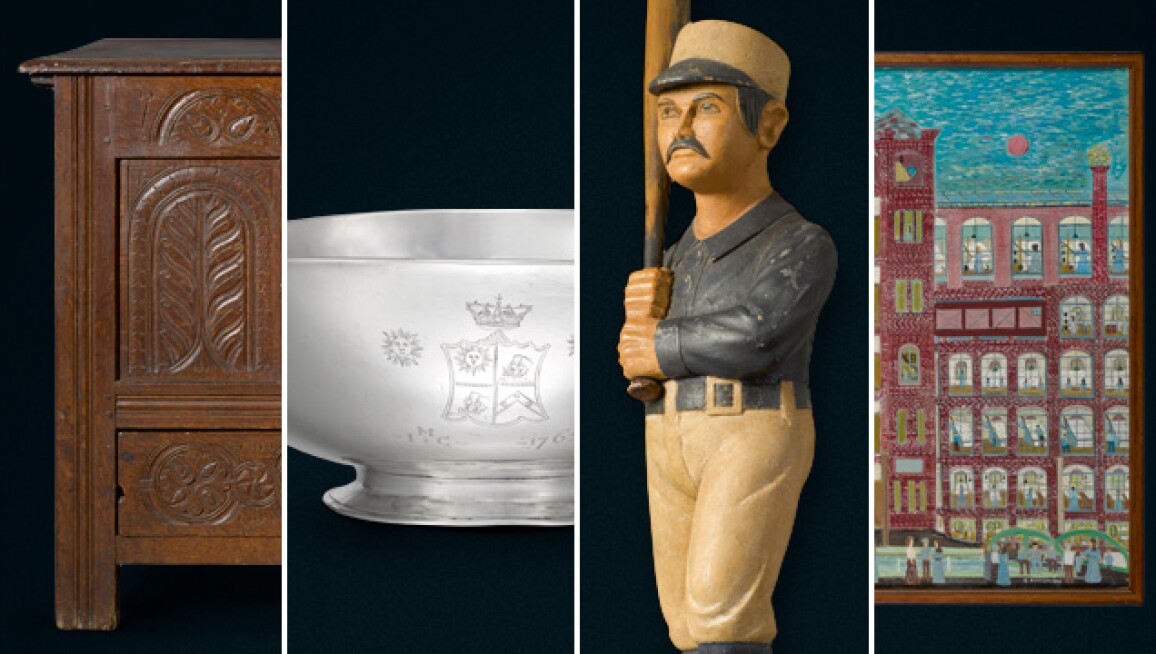 Sotheby's Americana Week offers a look at US history across the 16th to 20th centuries. Filled with furniture, decorative and folk art, silver, ceramics, fine art from notable private and institutional collections, books and manuscripts, these objects embody the rich history and heritage of America. Click ahead for a selection of highlights.