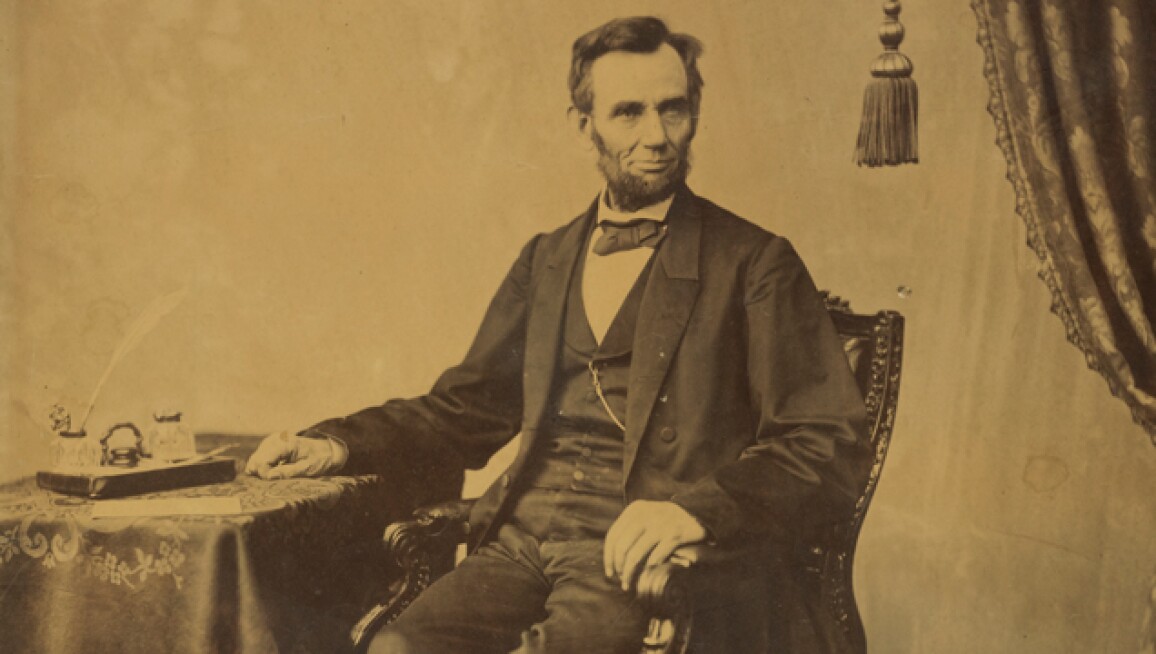 With the 2016 US presidential election around the corner, Sotheby’s recalls one of the nation’s most beloved and memorable leaders: Abraham Lincoln. Known as the Great Emancipator, his progressive policies shaped modern America, his eloquent speeches continue to inspire, and his life story remains a subject of fascination. An American icon, Lincoln is celebrated in music and art, and his likeness was captured in sculptures and photographs. On 7 October, Sotheby’s Photographs will offer a rare salt print of The First Inaugural of Abraham Lincoln, 4 March 1861. Click ahead to see this photo as well as letters written in Lincoln's hand and other fascinating objects sold at Sotheby’s.  –Stephanie Sporn