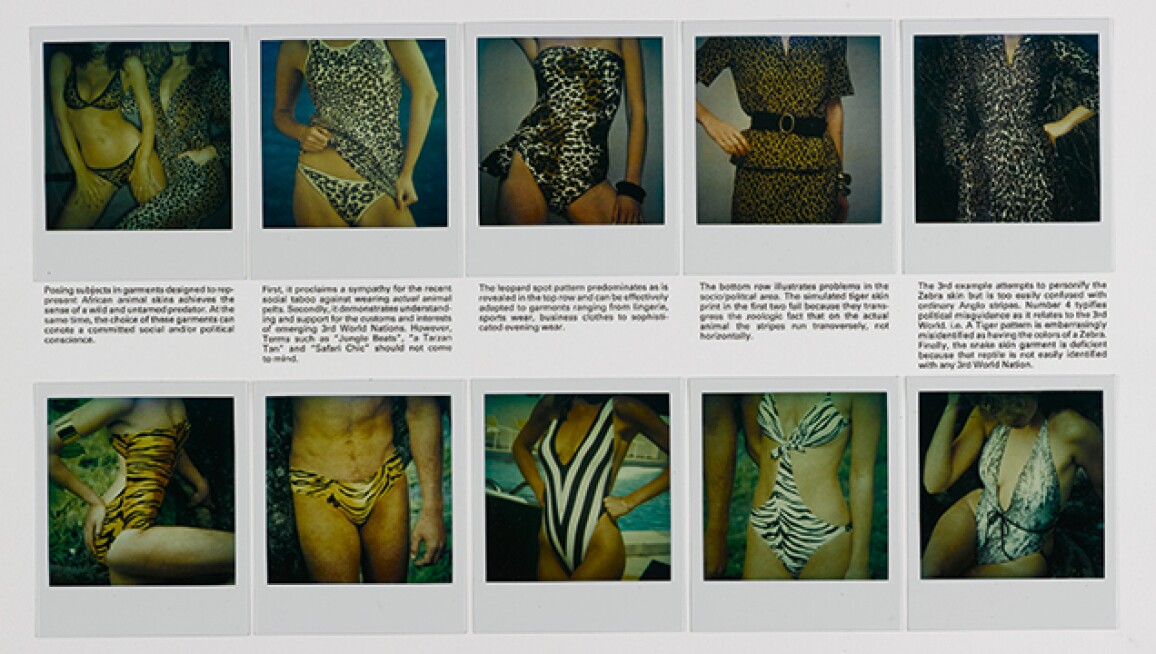 ”I don’t really think of myself as a photographer in the classic sense,” said Robert Heinecken. The artist, who got his start in the LA art scene of the 1960s, described himself as a “paraphotographer.” The Lessons in Posing Subjects series made in 1981-82 is Robert Heinecken’s incisive examination of implied meanings in contemporary visual culture. Heinecken mined images from commercial advertisements, pornography, and other mass-produced print sources, and then photographed the found images of men, women, and children with Polaroid SX-70 film. He wrote his own sophisticated, tongue-in-cheek text that accompanies each of the 41 plates of Lessons in Posing Subjects. Click ahead to see more.