R anging from Copernicus to Stephen Hawking, this curated sale celebrates four centuries of scientific breakthroughs and fearless discovery over some 50 lots. The sale is led by a fine first edition of the cornerstone of modern astronomy: Copernicus’s De revolutionibus orbium coelestium (1543), the first full exposition of the heliocentric arrangement of the planets, and also contains two important first edition works by Johannes Kepler and several other early printed books on astronomical subjects. An exceptional rarity in the sale is an autograph letter signed by one of the great women of 19th century science, Mary Anning, on her latest fossil discoveries (only the second such letter to have come to auction). This is joined by several rare prints of interest from the personal collection of the pioneer geologist William Buckland. We are privileged to include two key works in non-Euclidean geometry in the current sale. Other highlights include a copy of Vesalius’s great work on anatomy; a manuscript notebook by the great epidemiologist Carlos Finlay; letters by Volta, Einstein, Darwin, and others; and a record of an early breakthrough in telecommunications in the form of one of the first messages sent by submarine telegraph. 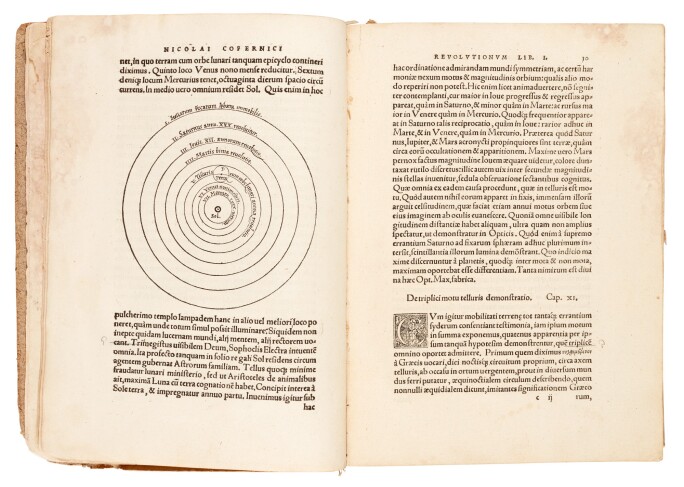 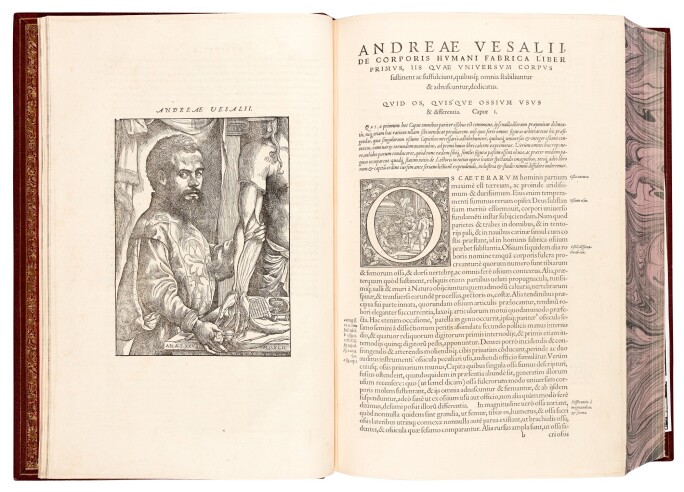 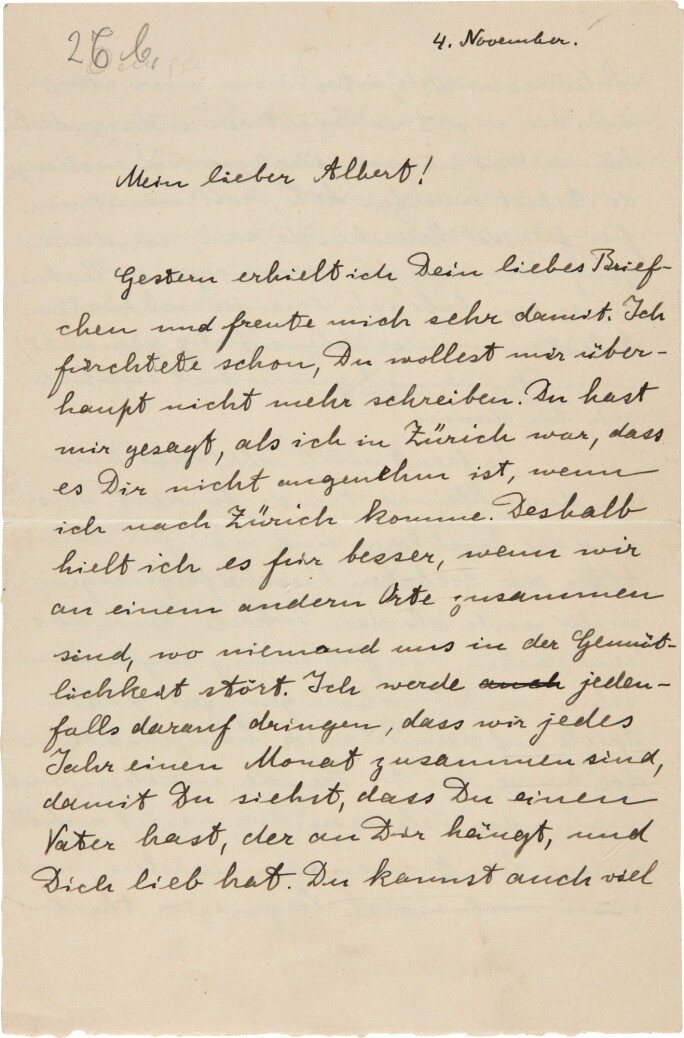 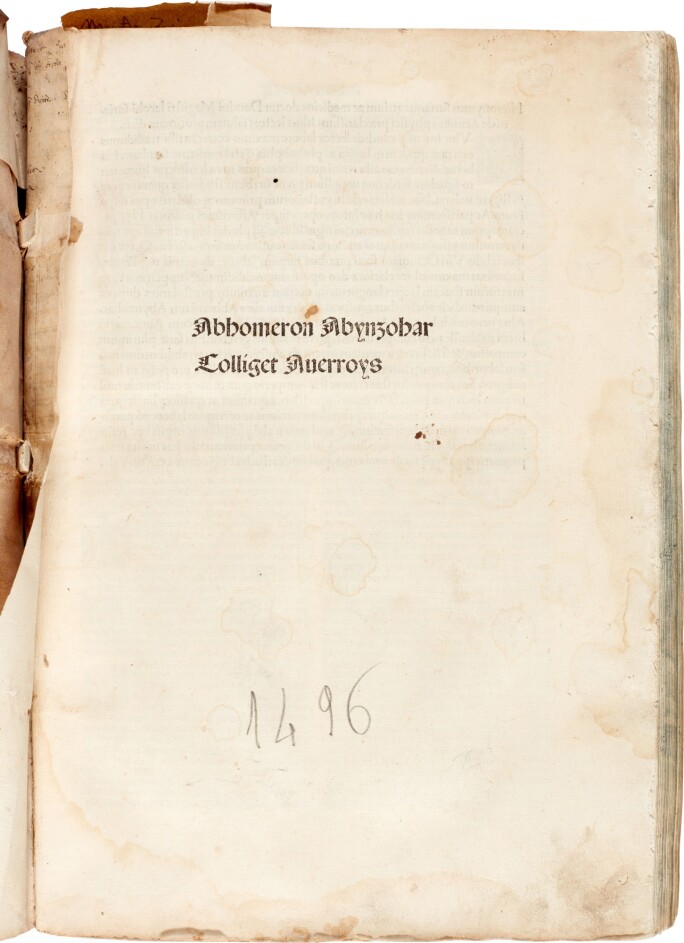 Mapping the Heavens: A Textual History of Astronomy 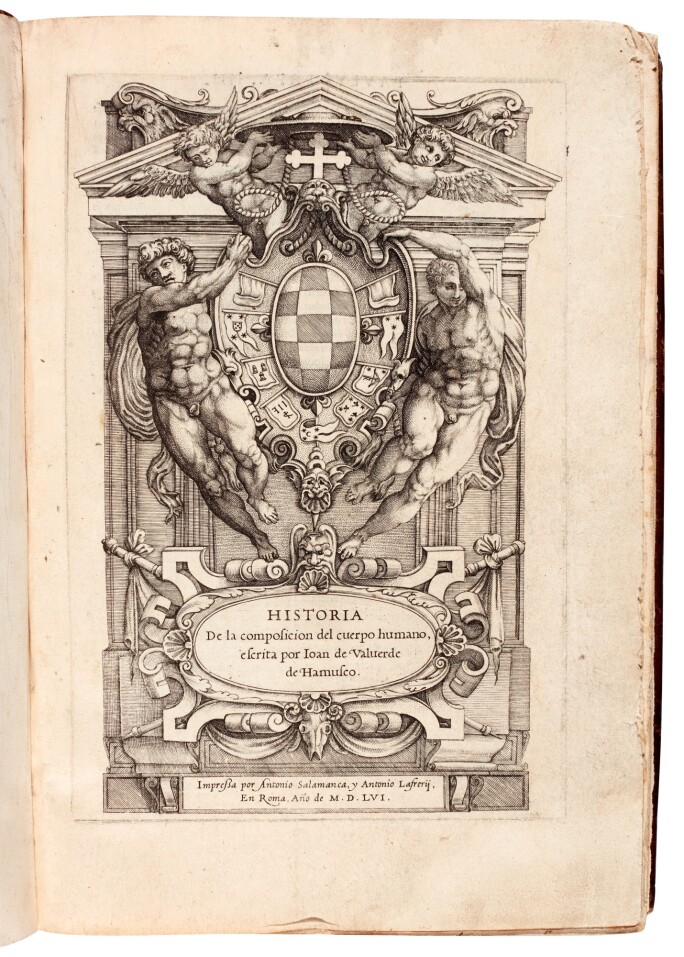 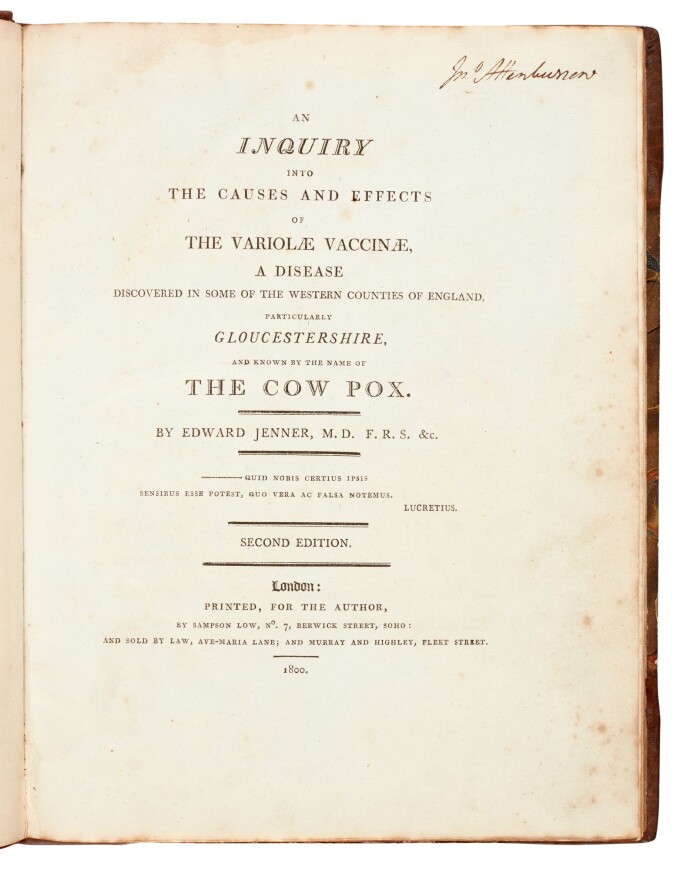 William Buckland and the Golden Age of Geology

William Buckland (1784-1856) was one of the most colourful figures of nineteenth century science. Anecdotes of his eccentricities abound, from interpreting fossil footprints by getting his pet tortoise to walk across a slab of dough, to serving guests mice on toast as a delicacy. There is, however, much more to remember about William Buckland than his desire to eat his way through the animal kingdom. He was a central figure in the golden age of geology: the first to describe and name a fossil dinosaur (Megalosaurus); the author of Reliquiae Diluvianae (1823), which identified and described an ancient hyenas’ den in Yorkshire; an early convert to glacial theory in the 1830s who showed persuasively how glaciation, not a global flood, had shaped the British landscape. We are honoured to include in this sale several items from the personal collection of William Buckland that have always remained with the family. The most important is a letter to Buckland from a friend and fellow scientist, the fossil-hunter Mary Anning, discussing her latest discoveries on the Dorset coast. The sale also includes a copy of Duria Antiquior, the famous print that brings to life the ancient world uncovered by Buckland, Anning, and their contemporaries, as well as two print portraits of Buckland and a comic engraving that imagines dinosaurs analysing human fossils. 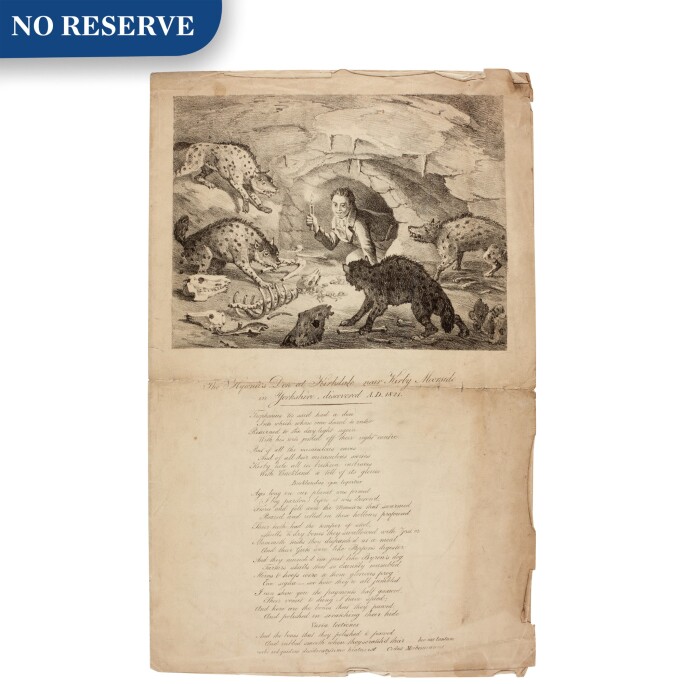 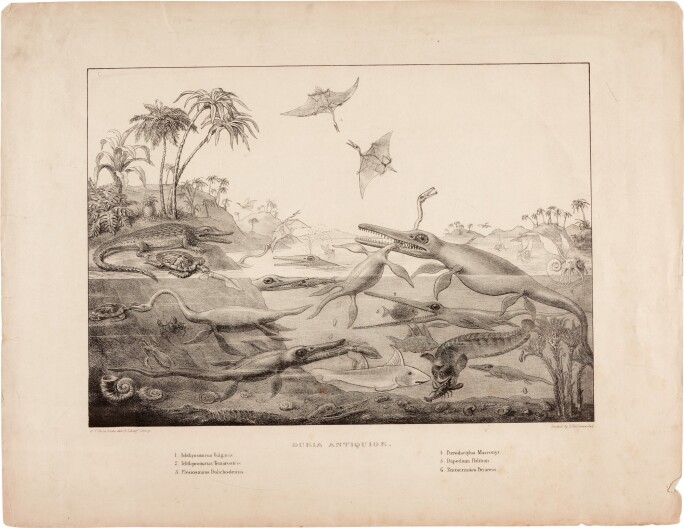 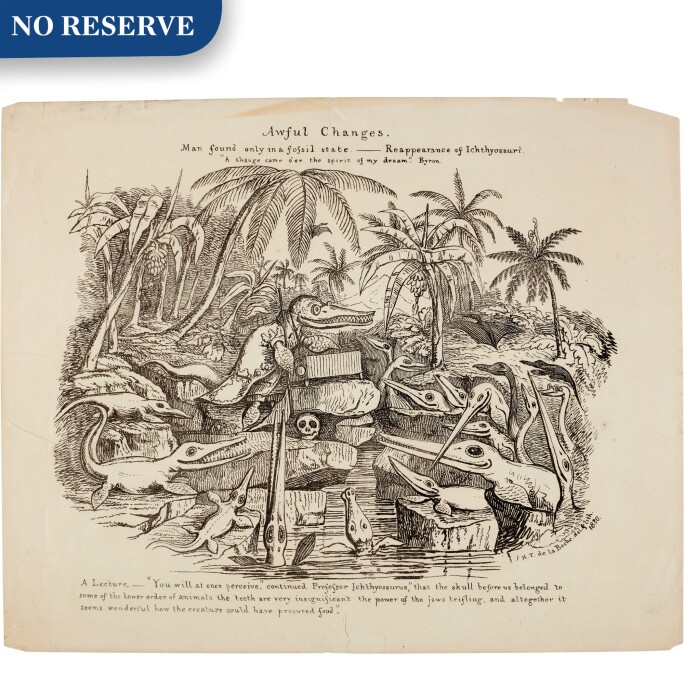 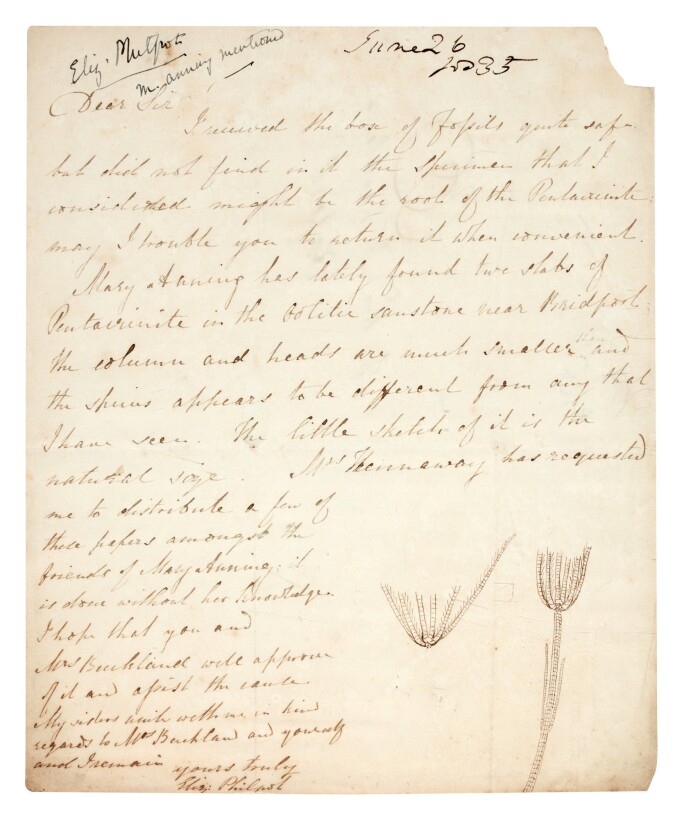 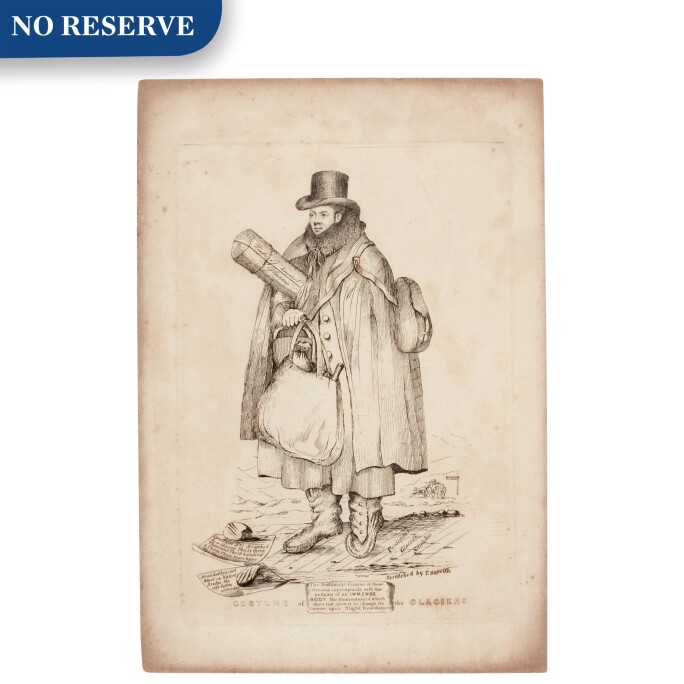 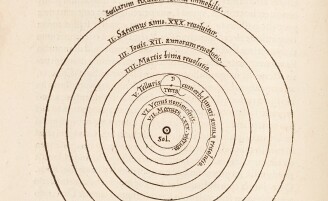