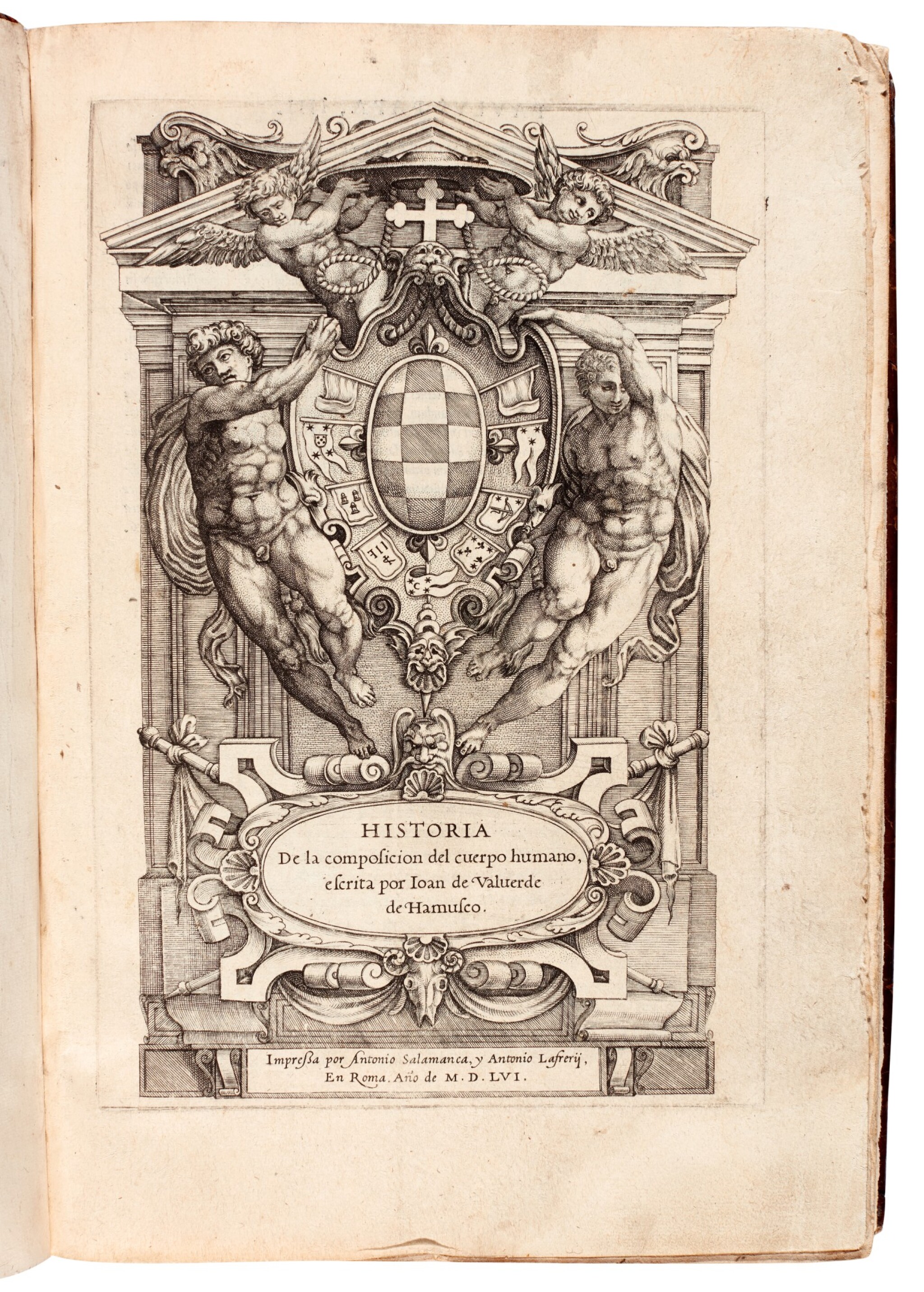 FIRST EDITION of Valverde de Amusco's anatomical work, derived from Vesalius (see lot 55), though Valverde had been taught by Vesalius's rivals Realdo Colombo and Bartolomeo Eustachi at the University of Padua. Valverde subsequently moved to Rome where he was personal physician to Cardinal Juan Alvarez de Toledo, the dedicatee of this work. The illustrations, closely and deliberately based on Vesalius but as copperplates rather than woodcuts, were designed by either Caspar Becerra or Pedro de Rubiales, both of whom were Spanish artists in Italy, working for Giorgio Vasari; this was very much a Spanish production for the Spanish medical profession, which Valverde thought necessary because of the poor Latin of many doctors and the distaste for anatomical dissection there. Vesalius, not surprisingly, considered it merely a plagiarism of his great work.

The engraved title-page displays at its foot three scenes of dissection, one public and two more private, emphasising the importance of dissection for anatomical studies. Despite its original target of the Spanish market, the text was soon translated into Italian, Latin and Dutch. This first edition was the only one produced in the original Spanish.

A John Green was a physician and member of the Spaulding Gentlemen's Society; he died in 1756.