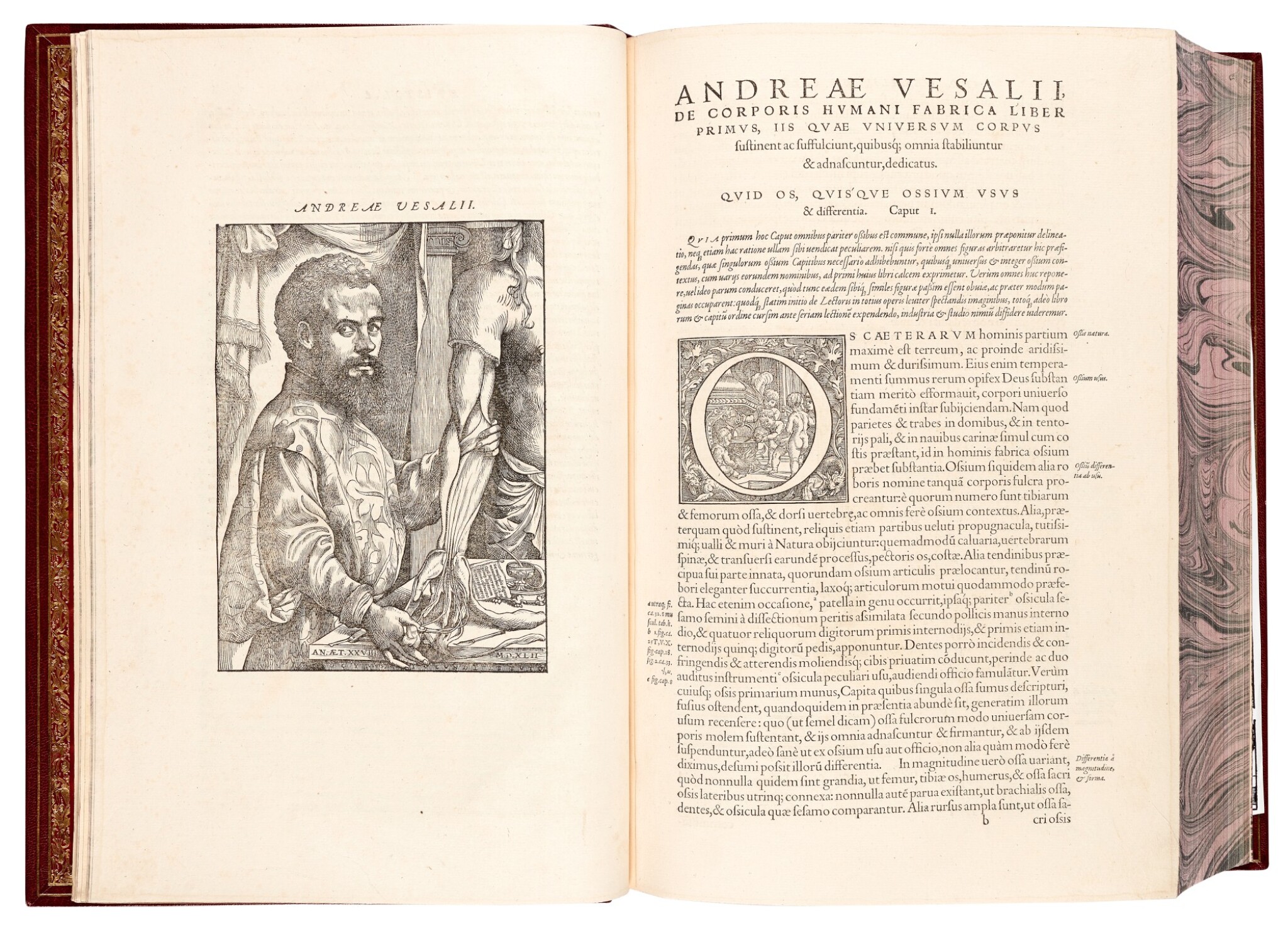 Second edition of Vesalius's anatomical masterpiece, incorporating corrections and additions by the author. The woodblocks were reused from the 1543 first edition, though as Vesalius was not on hand to supervise the printing, there is still a lengthy list of errata. A copy of this edition now in the Thomas Fisher Library in Toronto contains Vesalius's autograph annotations for a projected third edition which was never printed.

Vesalius's groundbreaking work on the anatomy of the human body was first published in 1543, the same year as Copernicus's work on heliocentrism (see lot 11), though Vesalius's work was most notable for its detailed woodcut illustrations which were an integral part of the textual content. Vesalius had studied in Louvain, Paris and finally Padua, where he was appointed to the chair of anatomy in 1537. The study of Galen was becoming central to medical education in sixteenth-century Europe; in particular Galen described dissection as indispensible to the full understanding of the workings of the human body. Vesalius performed numerous dissections in Padua and elsewhere which demonstrated to him the errors in Galen (who had had to rely mostly on animal dissection) which he decided to correct through the Fabrica.