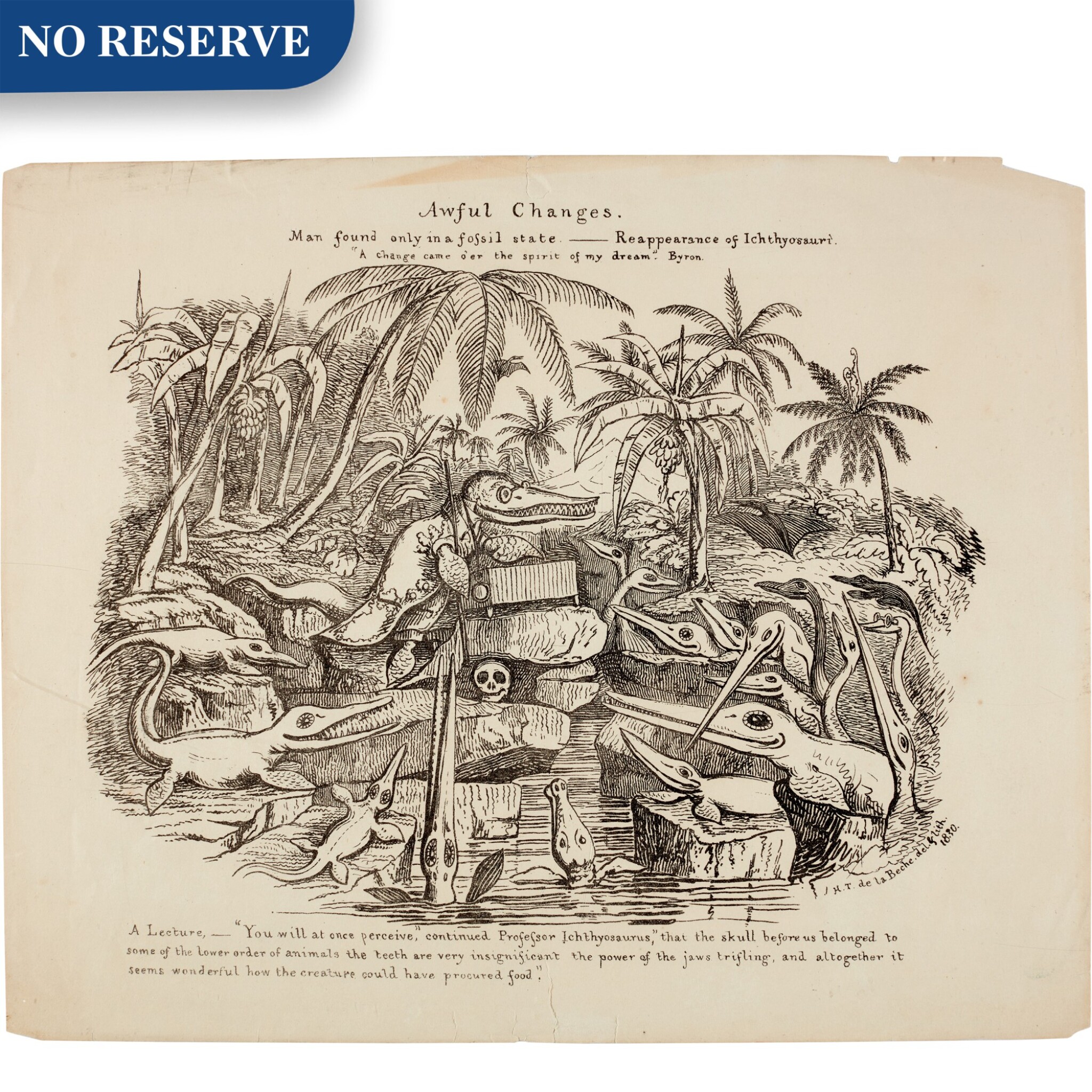 A CARICATURE FROM THE EARLY DAYS OF PALAEONTOLOGY THAT IMAGINES PRE-HISTORIC LIFE REBORN. The geologist Henry de la Beche (1796-1855) was well-known for his lively sense of humour and sketched many caricatures. This image lampoons Charles Lyell and his uniformitarian theory of geological change expounded in Principles of Geology ("...Then might those genera of animals return, of which the memorials are preserved in the ancient rocks of our continents. The huge iguanodon might reappear in the woods, and the ichthyosaur in the sea, while the pterodactyl might flit again through the umbrageous groves of tree ferns...")

Nicks at edges, short tears at top and bottom (not touching text or image) with some marginal paper loss, small stain at top margin