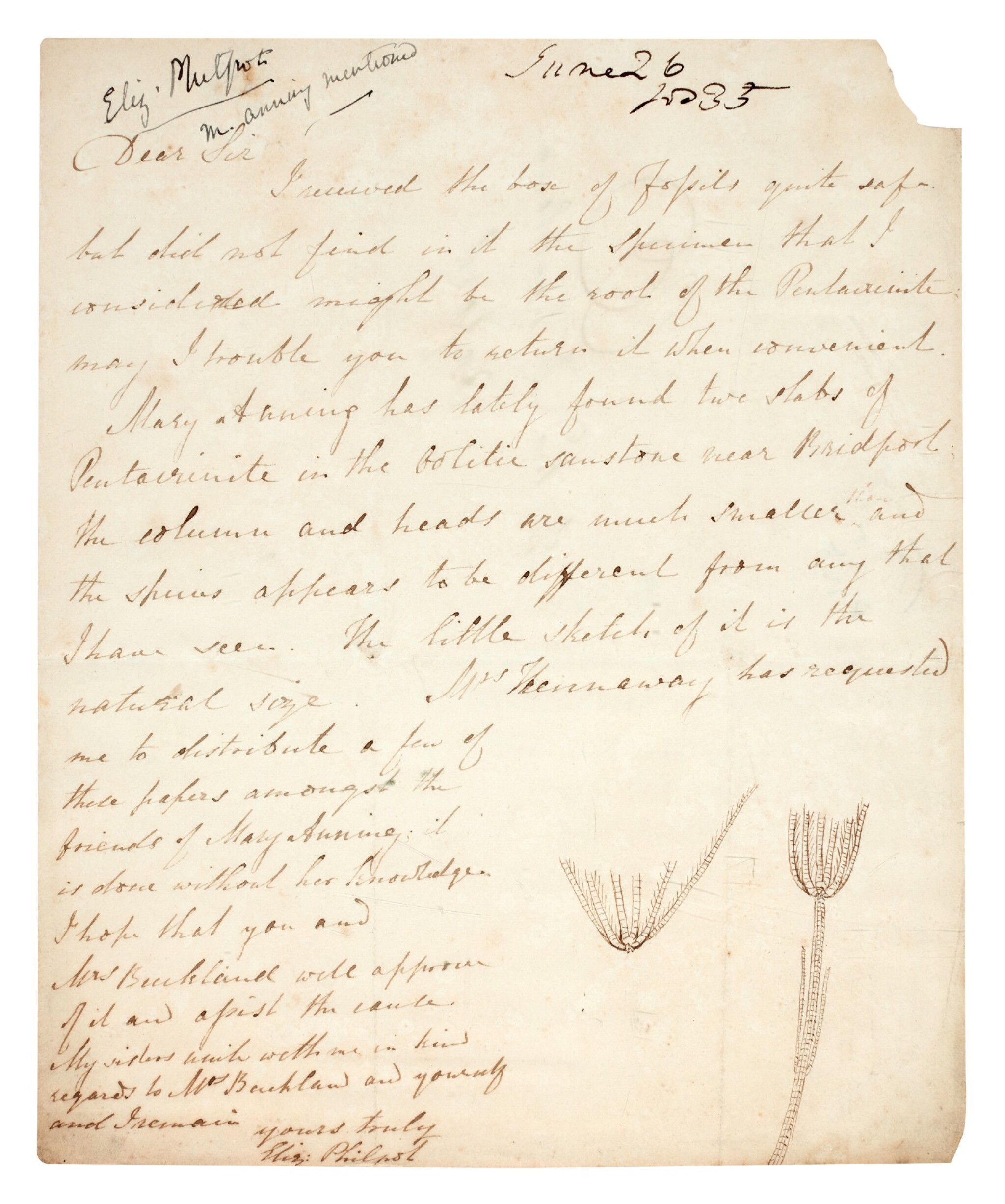 thanking him for the box of fossils but asking for the return of "the Specimen that I considered might be the root of the Pentacrinite", with news of Mary Anning's latest discoveries ("...Mary Anning has lately found two slabs of Pentacrinite in the Oolite sanstone [sic] near Bridport, the column and heads are much smaller and the species appears to be different from any that I have seen...") and an accompanying pen and ink sketch of the new Pentacrinites, also mentioning that Sarah Kennaway has "requested me to distribute a few of these papers amongst the friends of Mary Anning; it is done without her knowledge", 1 page, 8vo, [Lyme Regis], integral address panel, dated by recipient 26 June 1835, tear at upper corner with minor loss of paper but not affecting text

Elizabeth Philpot, together with her sisters Margaret and Mary, was one of the major fossil collectors of Lyme Regis. They began collecting in about 1810 and Elizabeth, in particular, became a close friend (as well as a good customer) of Mary Anning. Elizabeth was a confident illustrator, as this letter shows, and was the first to masticate fossilised sepia to use as ink. Their exceptional collection was kept at their home and the sisters lent pieces to many leading geologists. After their deaths the collection was donated to the Oxford Museum of Natural History.

This letter is closely related to Mary Anning's letter to Buckland of 24 November 1834 (lot 1). It sheds further light on Anning's work on Pentacrinites in the mid-1830s, presumably refers to the same specimen from Philpot's collection as Anning's earlier letter, and shows Anning to have been excavating some ten miles from Lyme Regis.

Sarah Kennaway was another wealthy collector in nearby Charmouth who had a long friendship with Anning. The unspecified "papers" which probably originally accompanied this letter were probably a fundraising effort for the impoverished Anning.