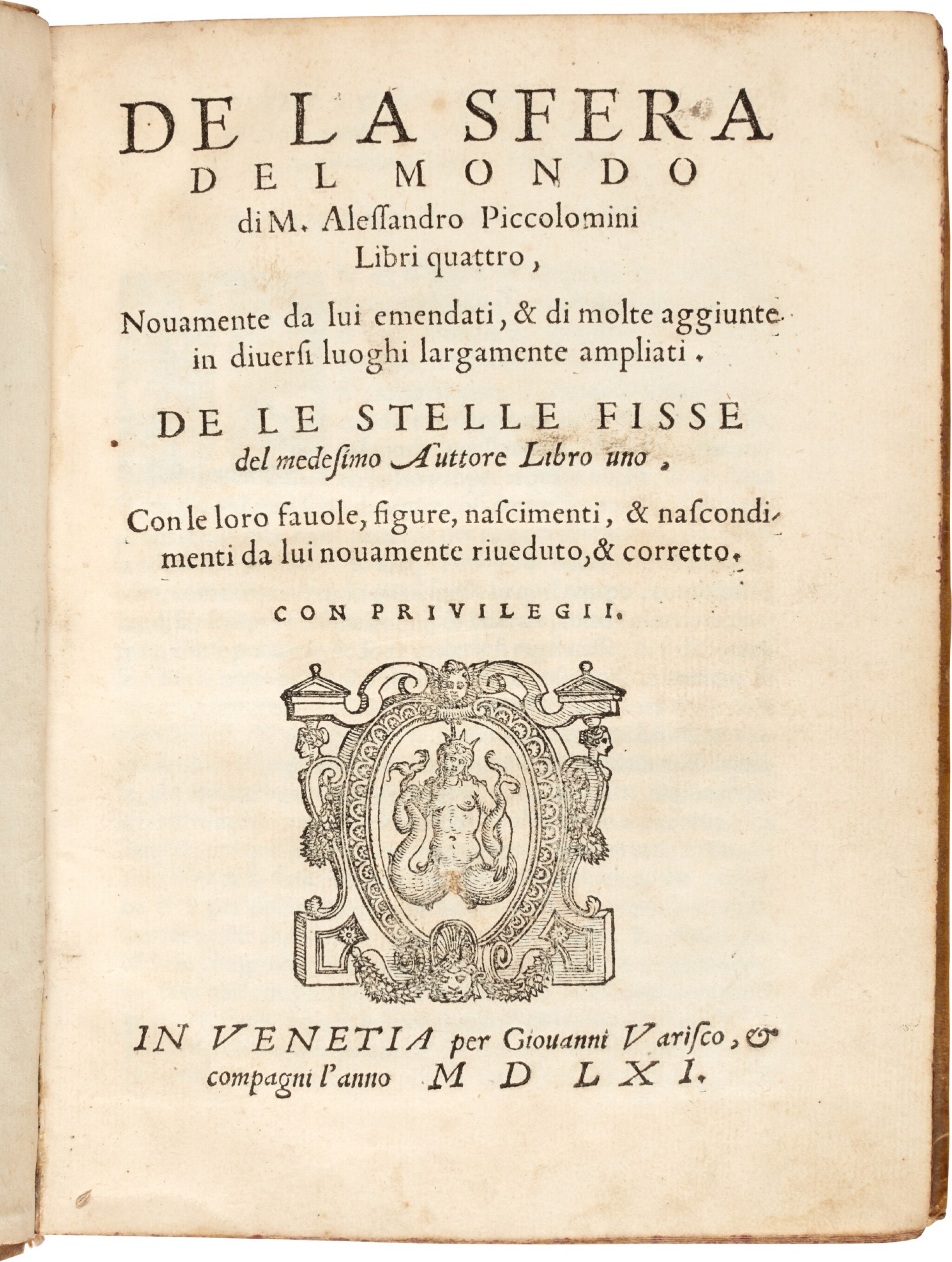 This edition contains two works of Piccolomini's that were originally issued together in 1540; his treatise on Aristotelian-Ptolemaic cosmology Della sfera del mondo, and the star atlas Delle stelle fisse. Their popularity was shown by the numerous sixteenth-century editions that were printed. Delle stelle fisse was the first printed star atlas, and its novelty was that the constellations were depicted as seen from Earth and with attention to the actual positioning and scale of the stars within the constellation, rather than showing the object or person representing the constellation which was the case with earlier astronomical texts.

inscription on flyleaf in biro dated 1962