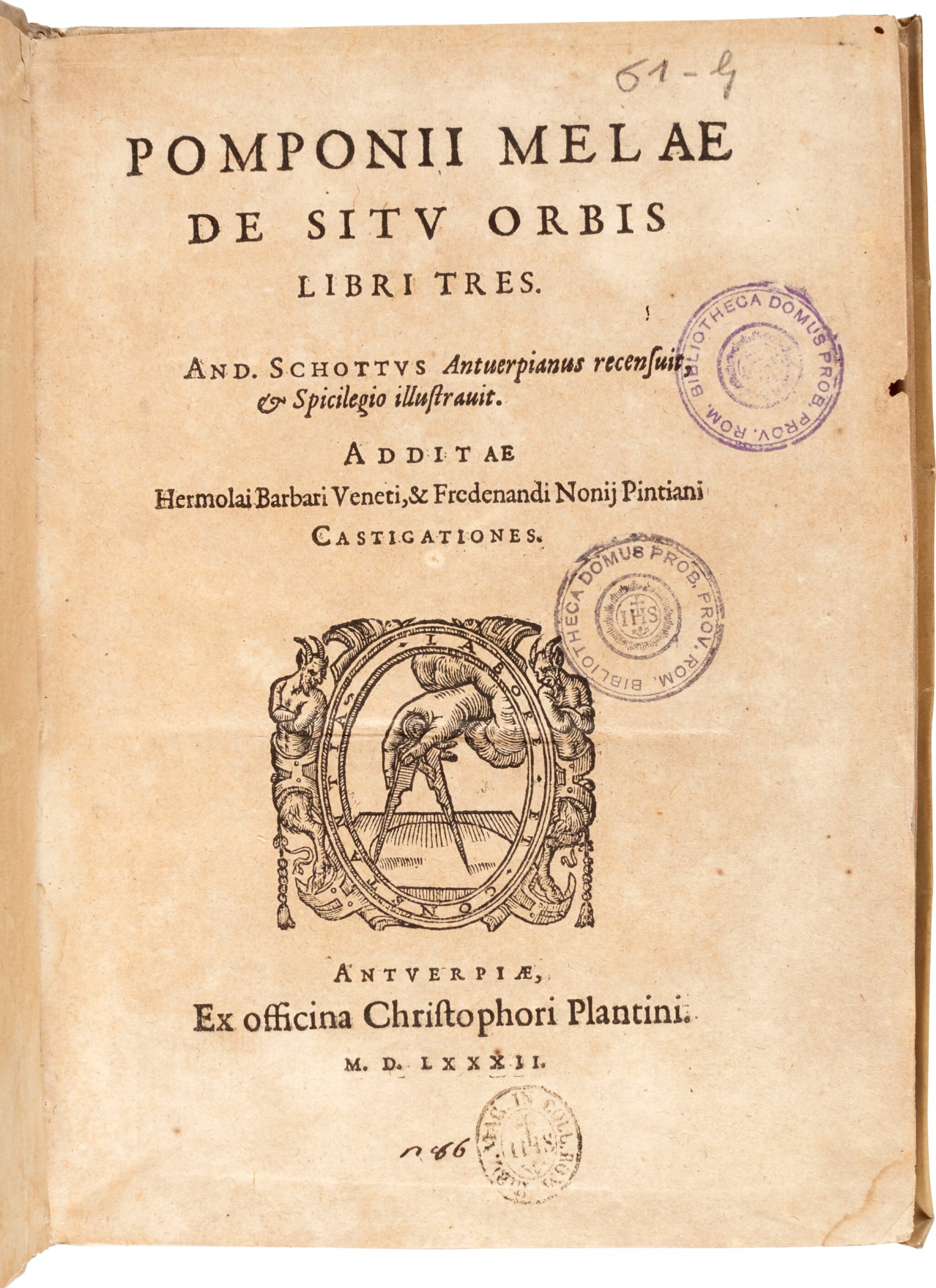 Pomponius Mela, a native of southern Spain close to modern Gibraltar, composed his description of the world, in the form of a circuit around the Mediterranean, in the first half of the first century AD. The editor, André Schott, was a scholar from Antwerp who subsequently joined the Jesuits and composed other similar educational texts.

The engraved map "is one of the few maps signed by Ortelius. It reflects his classical interests and shows the ancient world supposedly according to the writings of Pomponius Mela. As well as Europe and Asia, Ortelius has included the whole of Africa with a note of apology for the anachronistic addition of the southern part" (Shirley).