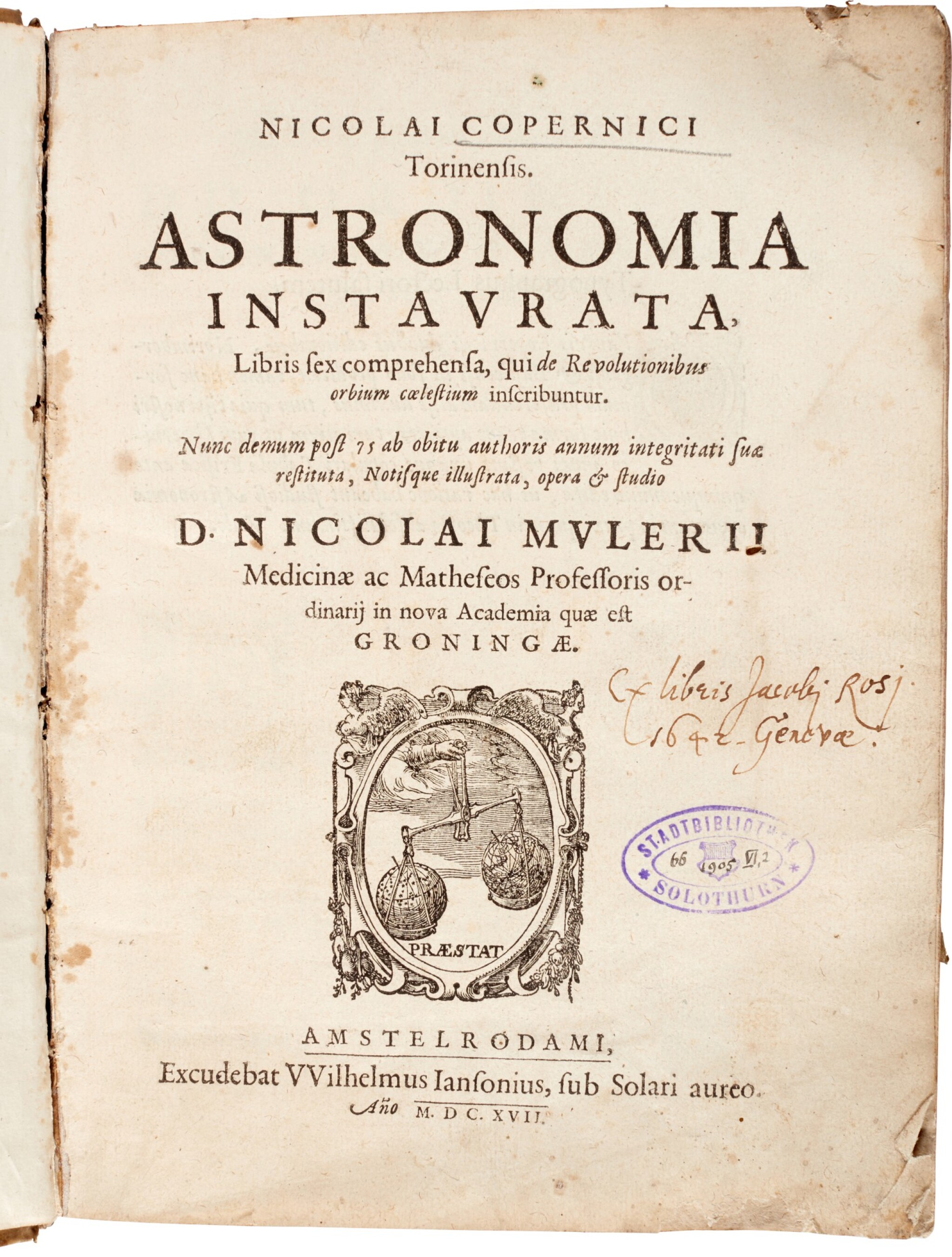 4to (240 x 176mm.), woodcut printer's device on title-page, without blank leaf at end of preliminaries, woodcut illustrations, contemporary vellum, lacking quire 5*2 (as often), stain in gutter of quires N-S, leaf 2 only in quires Aaa-Nnn damaged with loss of some words, Ooo2 torn without loss, binding torn and slightly stained

Third edition of Copernicus's De revolutionibus (see lot 11 for the first edition of 1543), edited and with explanatory notes by Nicolaus Müller (Mulerius), professor of mathematics at the University of Gröningen, together with a biography of Copernicus. In the previous year, 1616, the Catholic Church had formally condemned heliocentrism (and Galileo had been ordered to stop promoting it) so this edition commemorating 75 years since the death of the author appeared beyond the reach of the Church. Mulerius, however, still viewed heliocentrism as a useful hypothesis rather than fact and was rather more Ptolemaic in his opinions.