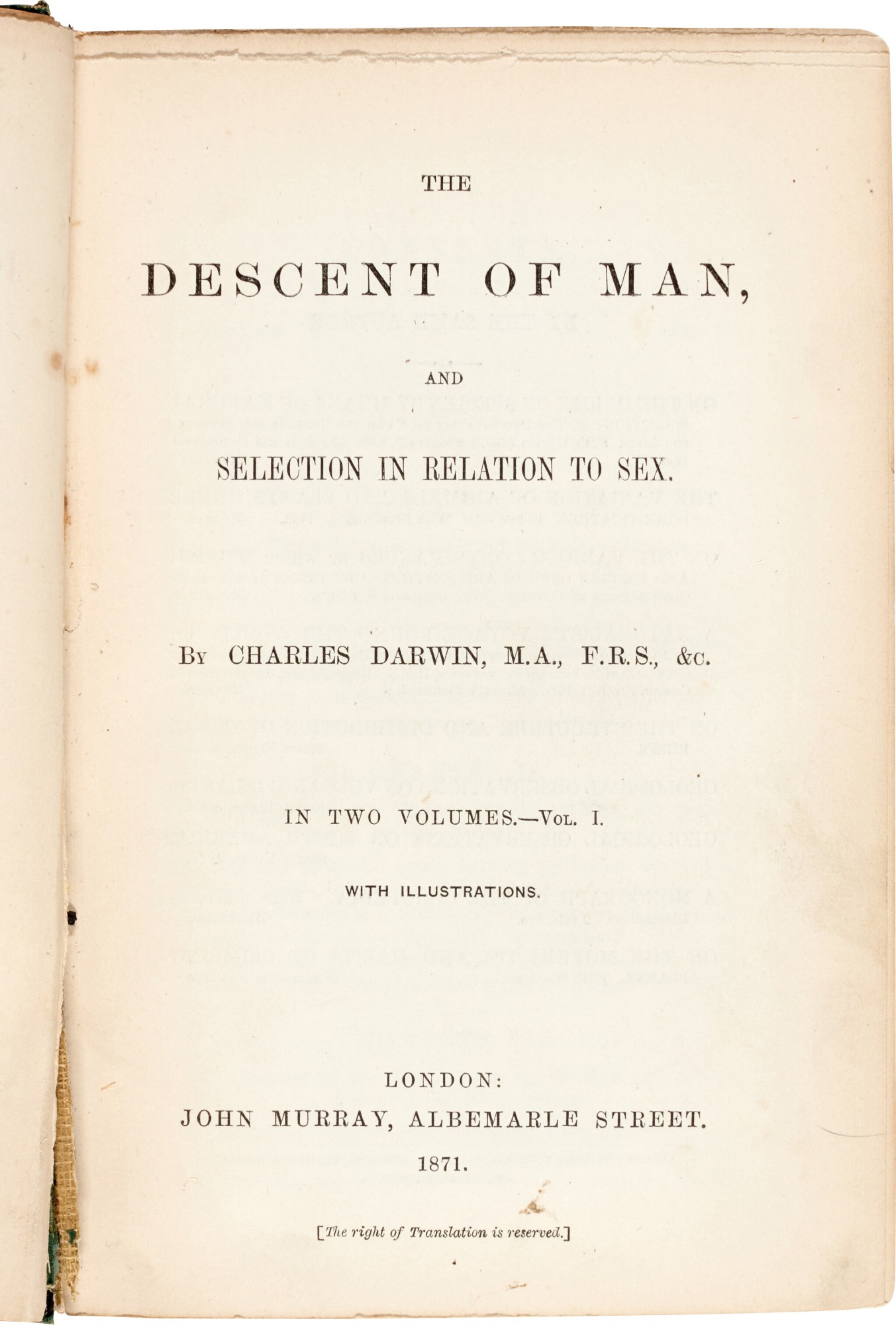 The Descent of Man, and Selection in Relation to Sex. London: John Murray, 1871

THE FIRST APPEARANCE OF THE WORD "EVOLUTION" IN ANY WORK BY DARWIN.

In The Descent of Man, Darwin "compared man's physical and psychological characteristics to similar traits in apes and other animals, showing how even man's mind and moral sense could have developed through evolutionary processes" (Norman). 2,500 copies of the first issue were published on 24 February, and sold at £1.4s. It sold quickly and the second issue was printed the following month.

"The book, in its first edition, contains two parts, the descent of man itself, and selection in relation to sex. The word 'evolution' occurs, for the first time in any of Darwin's works, on page 2 of the first volume of the first edition, that is to say before its appearance in the sixth edition of The Origin of Species in the following year. The last chapter is about sexual selection in relation to man, and it ends with the famous peroration about man's lowly origin, the wording of which differs slightly in the first edition from that which is usually quoted" (Freeman).