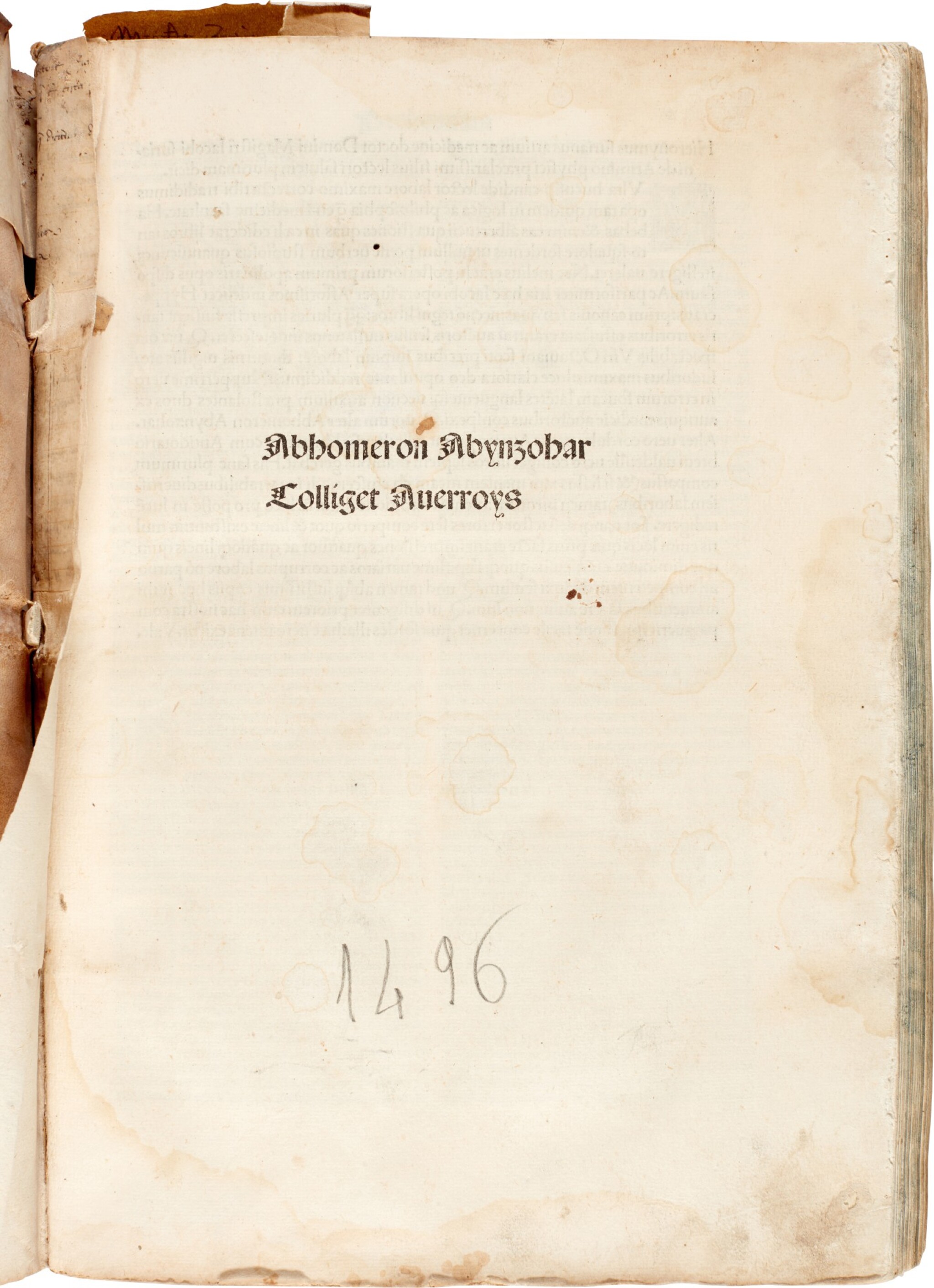 Three works published by Ottaviano Scoto in one volume, comprising:

The second edition of Avenzohar's Kitab al-Teisir, a treatise on the alleviation of disease, also containing Averroes' al-Kulliyyat, his major medical work based on Galen and (to a lesser extent) Hippocrates. Avenzohar (Ibn Zuhr) and Averroes (Ibn Rushd) were friends and contemporaries in twelfth-century Muslim Spain; these two works of theirs "were meant to constitute a comprehensive medical textbook" (DSB XII, p.7b). Both treatises were written in Arabic, translated into Hebrew and then into Latin in the thirteenth century, and first printed together in 1490/91 (Colliget first appeared on its own in 1482). The text was prepared by the Camaldolese monk Girolamo Suriano (died 1522).

Marcantonio Zimara (c. 1460-1532) studied medicine in Padua, which was the centre of the study of Averroes in Italy; this work is one of several in which he attempted to reconcile Aristotle with Averroes. It was first printed in 1523 and regularly reprinted in the sixteenth century, proving influential on contemporary scholars such as Benedetto Varchi.

Boneto was a fourteenth-century Franciscan theologian and bishop of Malta; his Aristotelian textbook on systematic philosophy, Metaphysica, was first published in Barcelona in 1493 (without any commentary). The preface for this edition by Tiberio Bazalerio mentions that Giovanni Pico della Mirandola held Boneto in great esteem. Averroes is mentioned in the title as one of the texts used by Venier for his commentary.