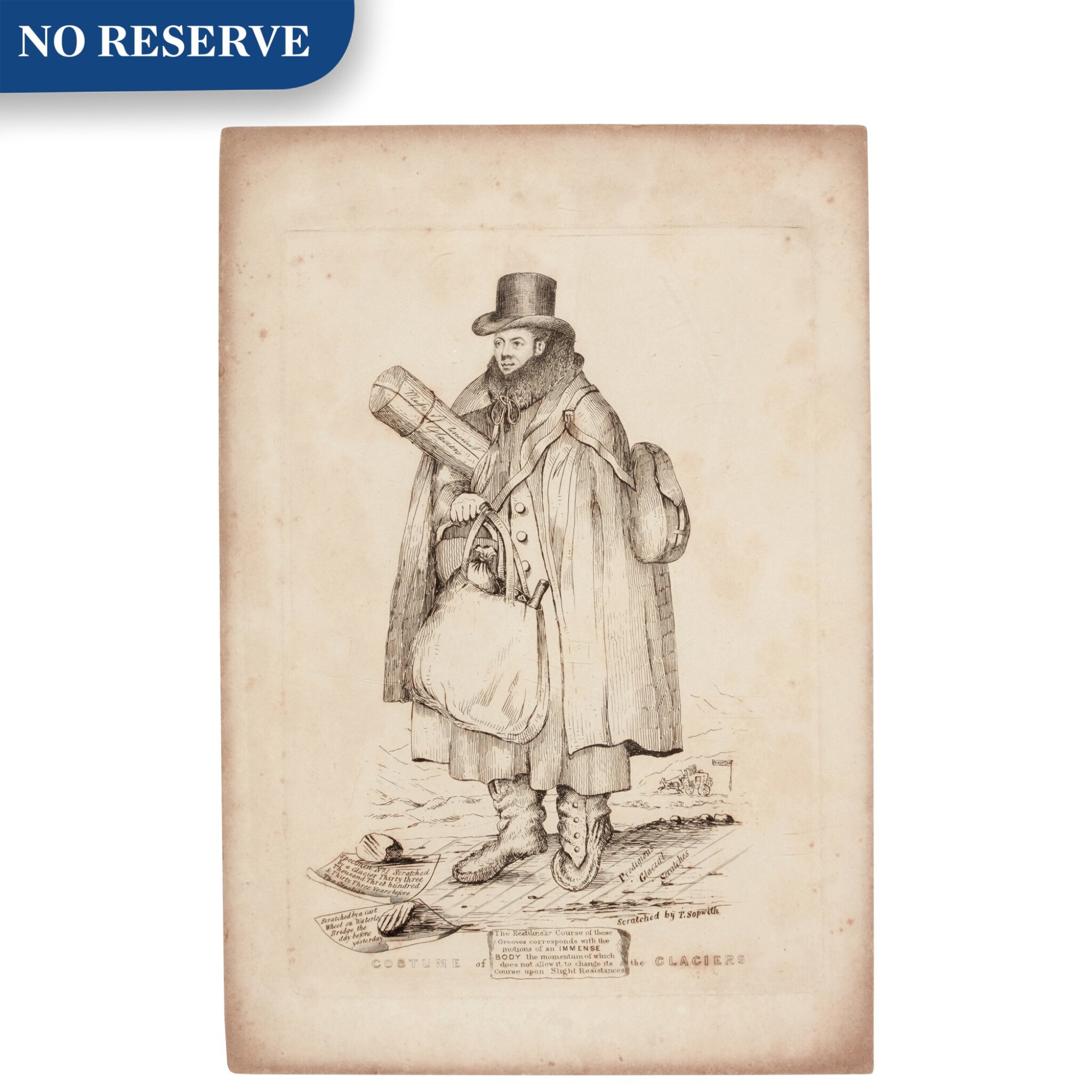 Engraving, 268 x 183mm, depicting William Buckland in heavy outdoor clothing for excavation and carrying a map, equipment, and his famous "blue bag" for specimens, in a Pennine scene with a road in the distance, with captions, signed ("Scratched by T. Sopwith")

A RARE COPY OF AN ENGAGING PORTRAIT OF A PIONEER GEOLOGIST AT WORK, FROM THE SUBJECT'S OWN COLLECTION. Thomas Sopwith (1803-79) was an engineer and geologist who in October 1840 accompanied Buckland on a tour of Northern England in enthusiastic pursuit of evidence for glacial theory. He sketched his friend whilst at Haydon Bridge in Northumberland. The captions joke about the apparently inconsequential appearance of glacial striations and refer in particular to an occasion when Louis Agassiz misidentified a cartwheel-scratched specimen shown him by Buckland, whilst the fingerpost in the distance points to Alston, a Cumbrian town in the North Pennines that was their destination for the day. Buckland liked the engraving and distributed copies of it to friends. The image was later used as an illustration in E.O. Gordon's Life and Correspondence of William Buckland (1894), facing p.145.