Highlights of the auction range from seminal Pop images such as Roy Lichtenstein’s Sweet Dreams Baby and Andy Warhol’s Moonwalk to masterful Abstract Expressionist prints including Robert Motherwell’s Burning Elegy and Helen Frankenthaler’s Tales of Genji II. Donald Judd’s minimalist Untitled portfolio of ten multicolor woodcuts from 1992-93, and a strong selection of prints by some of the most accomplished colorists of the post-war period, including Gerhard Richter, James Rosenquist and Sam Francis, also feature prominently in the sale.

Finally, a unique collaboration adds color to the sale: two rolls of wallpaper, designed by David Bowie and printed by Laura Ashley in 1995, are on offer. Online bidding will be open from April 17th to April 28th. 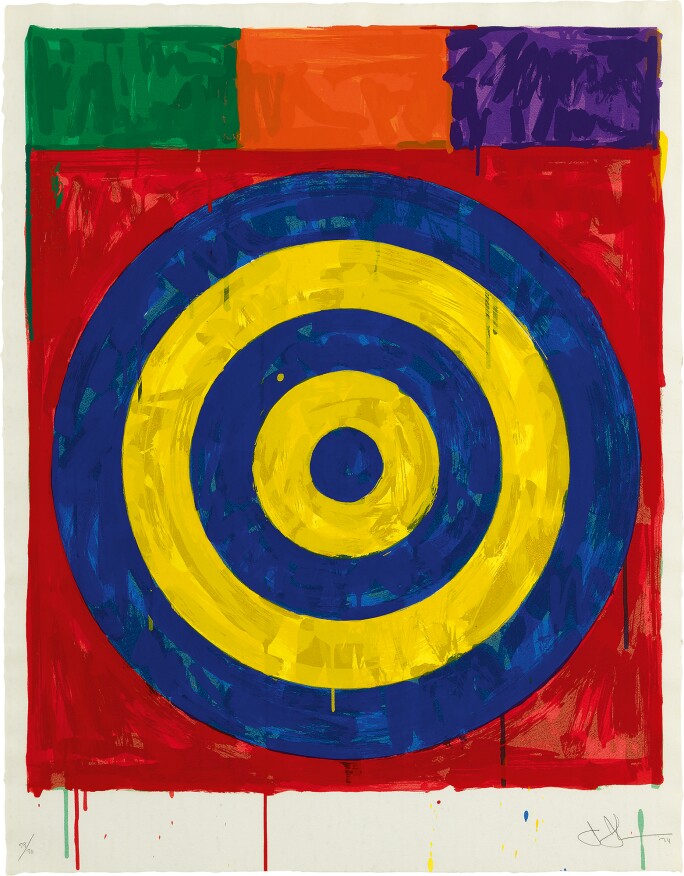 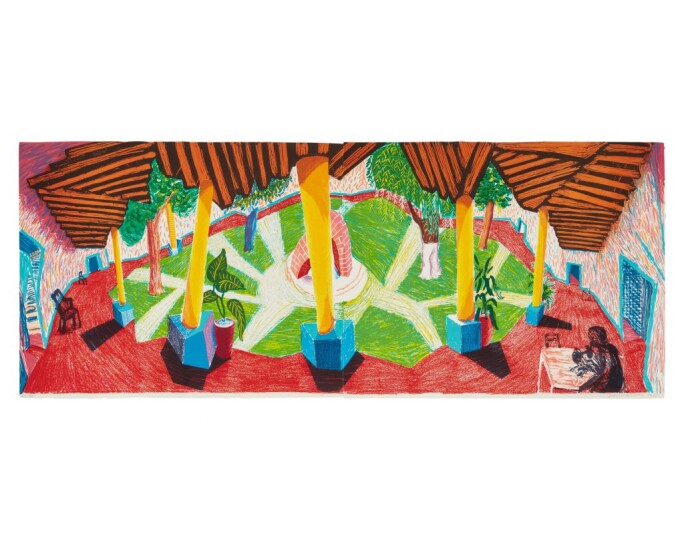 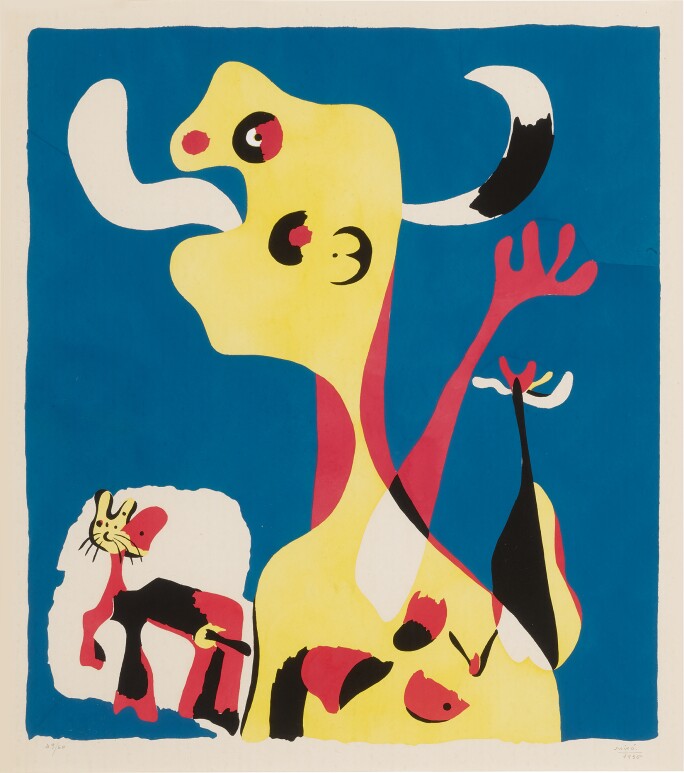 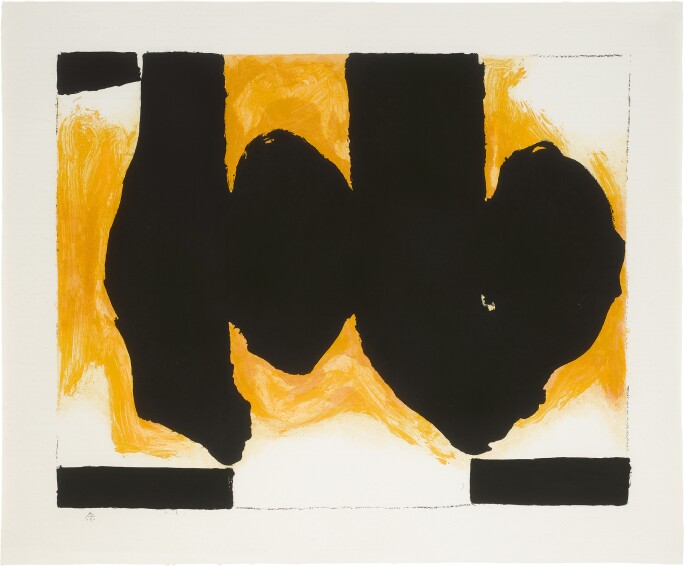 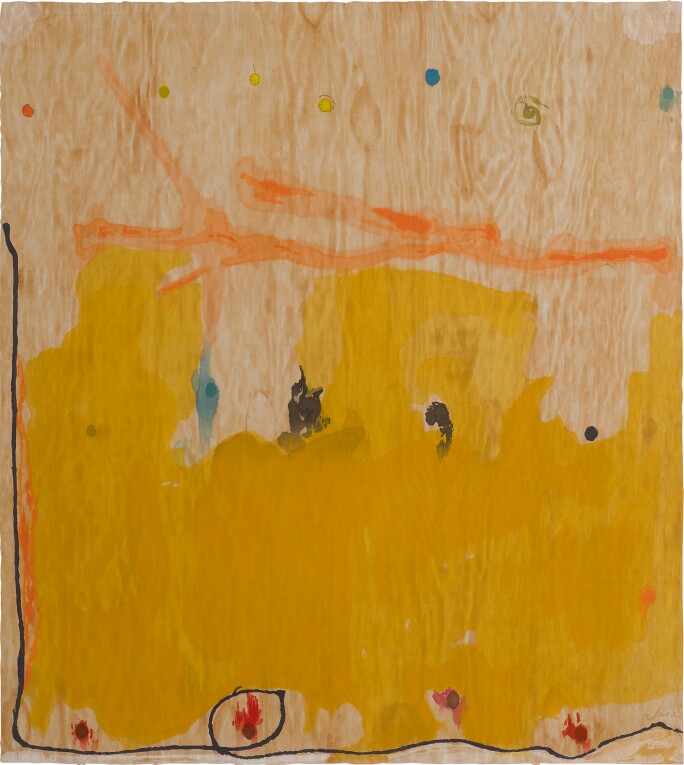 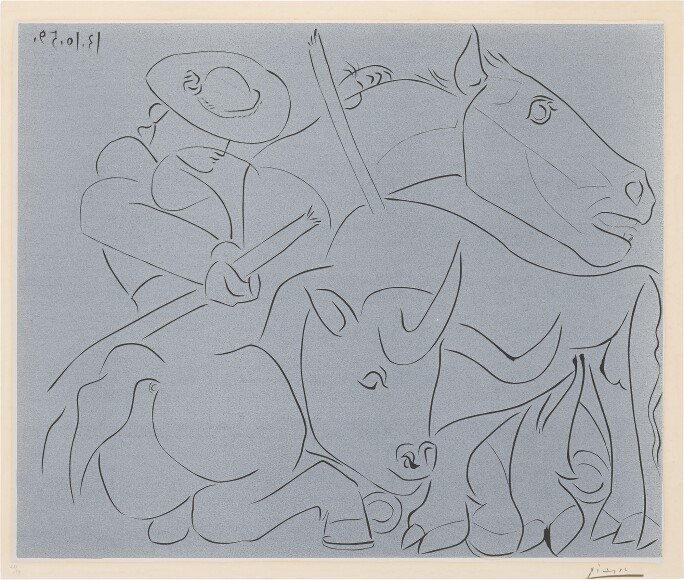 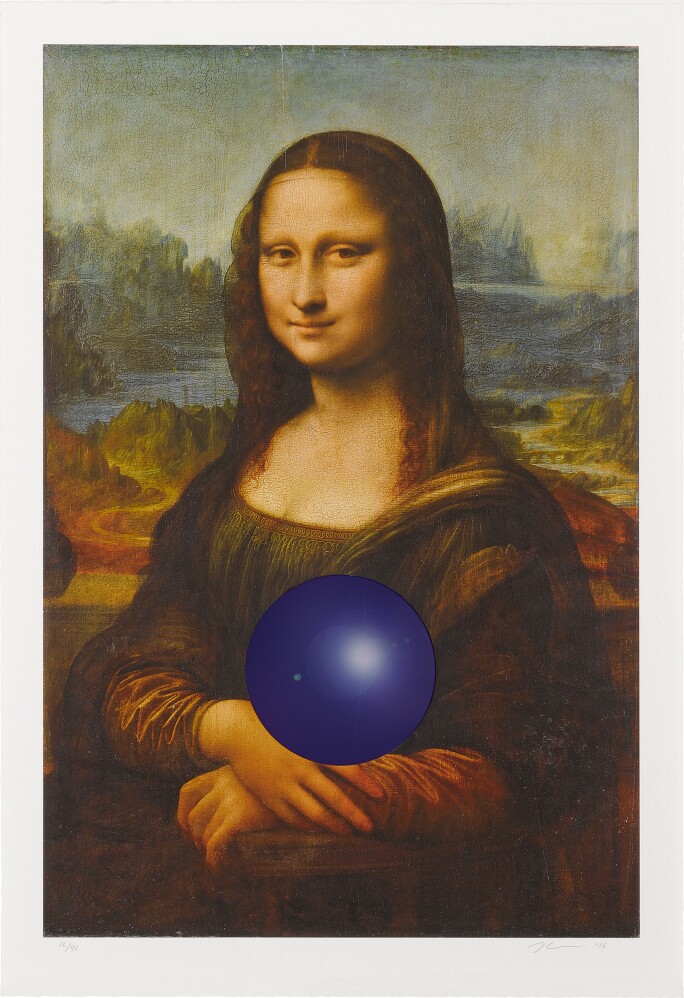 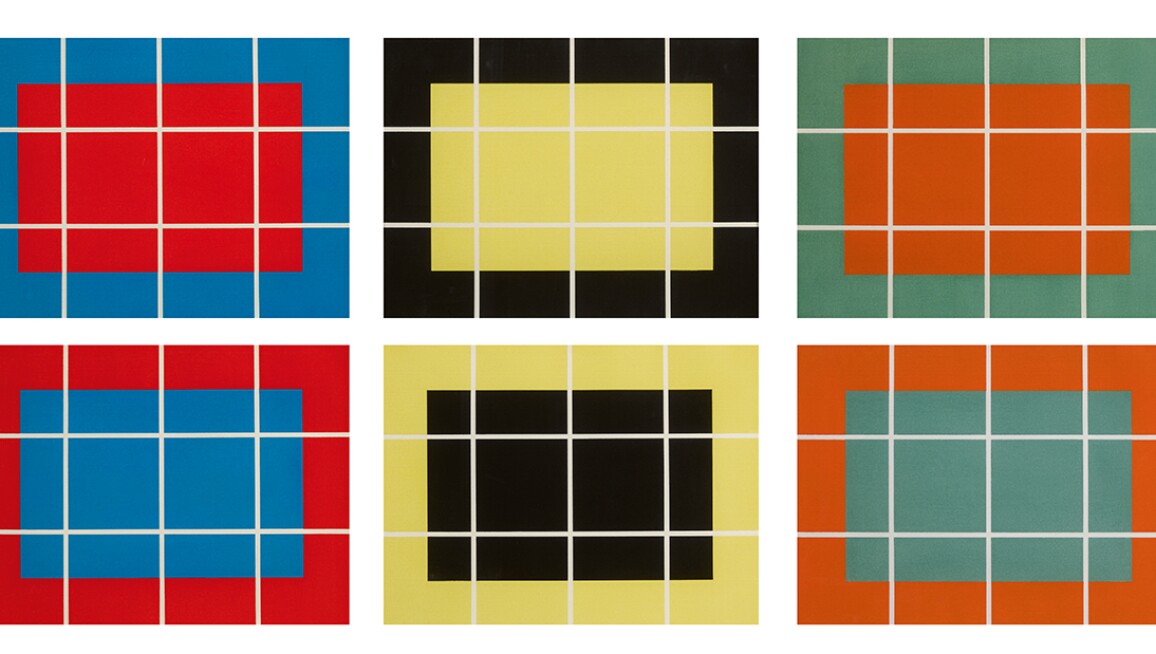 W arhol’s Moonwalk prints are among the last works that the artist created before his death in February 1987. Intended as part of a portfolio entitled TV that would depict important images from the history of television in America and include subjects such as I Love Lucy, Martin Luther King Jr.’s “I Have a Dream” speech, and the Beatles’ first appearance on The Ed Sullivan Show, Moonwalk was the only composition from the series that was printed.

Warhol’s 'Moonwalk' prints are among the last works that the artist created before his death in February 1987. 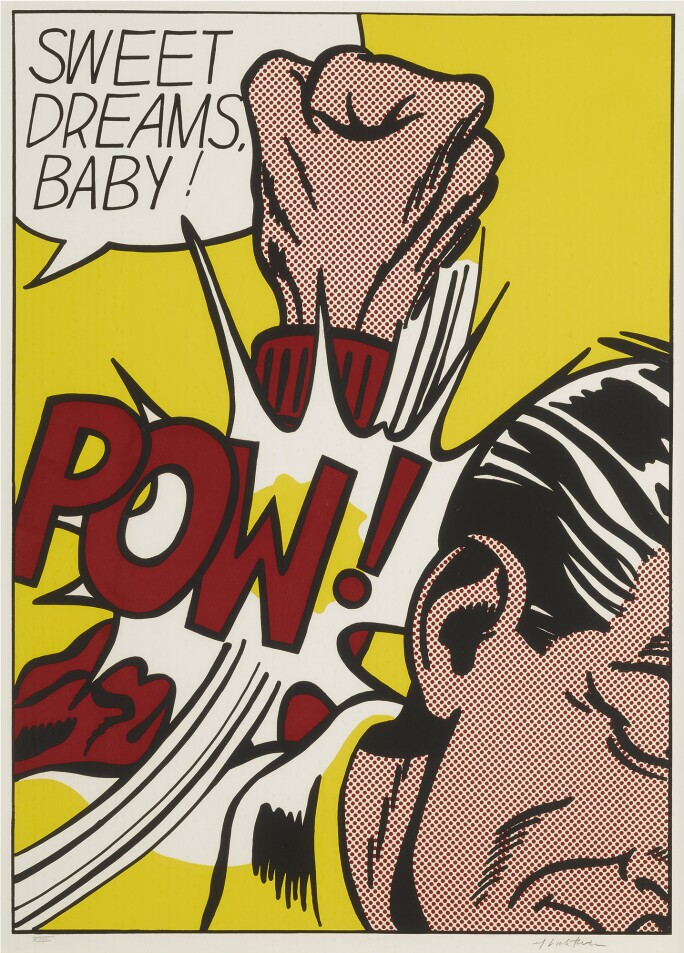 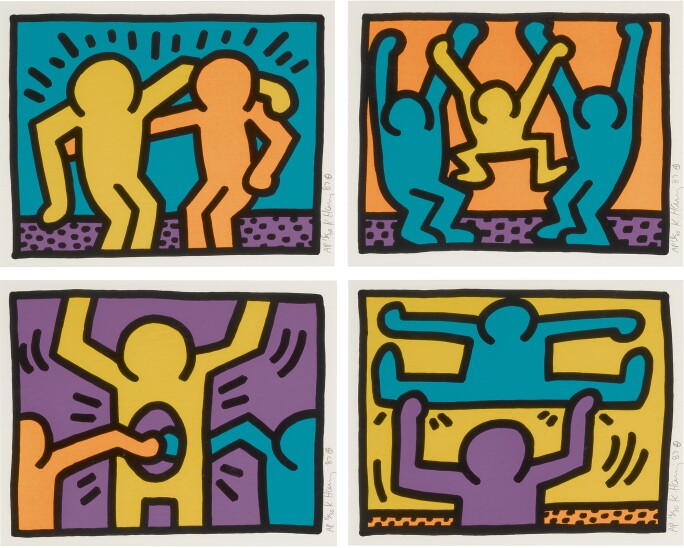 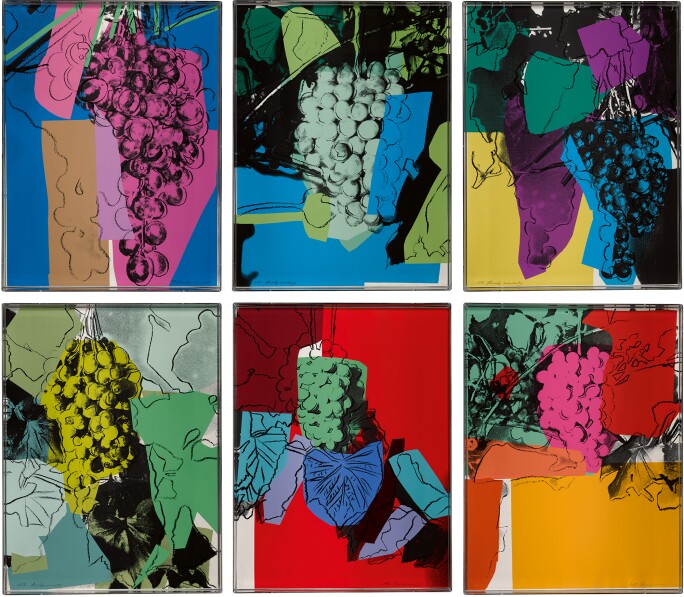 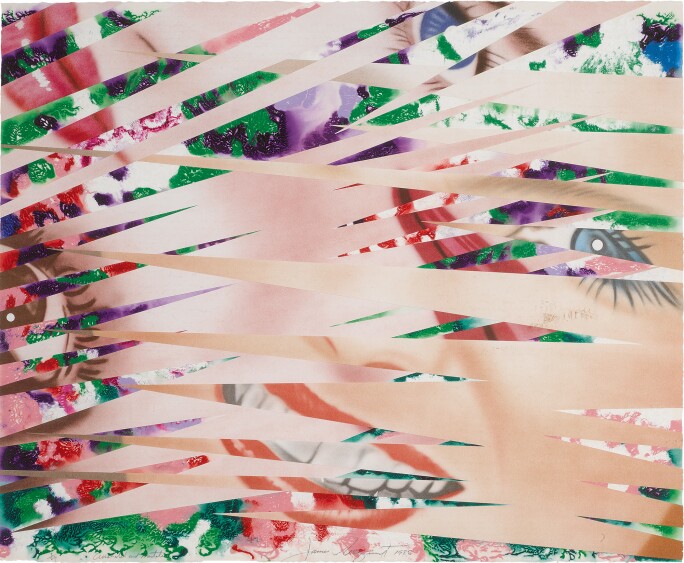 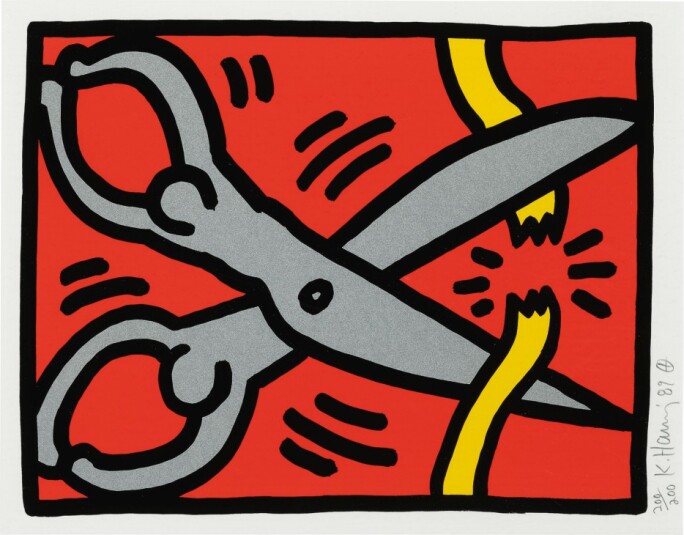 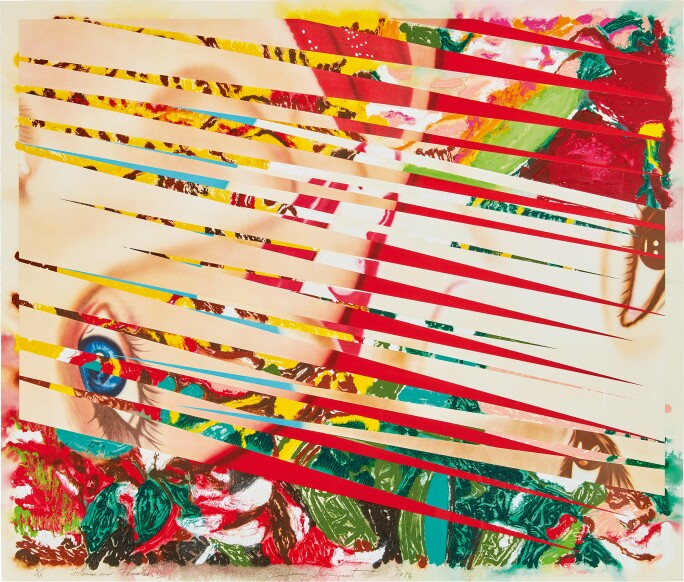 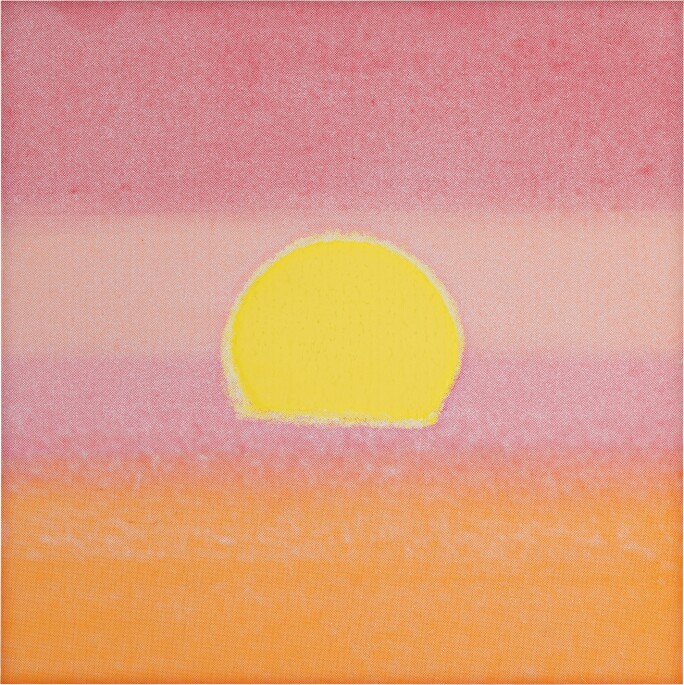 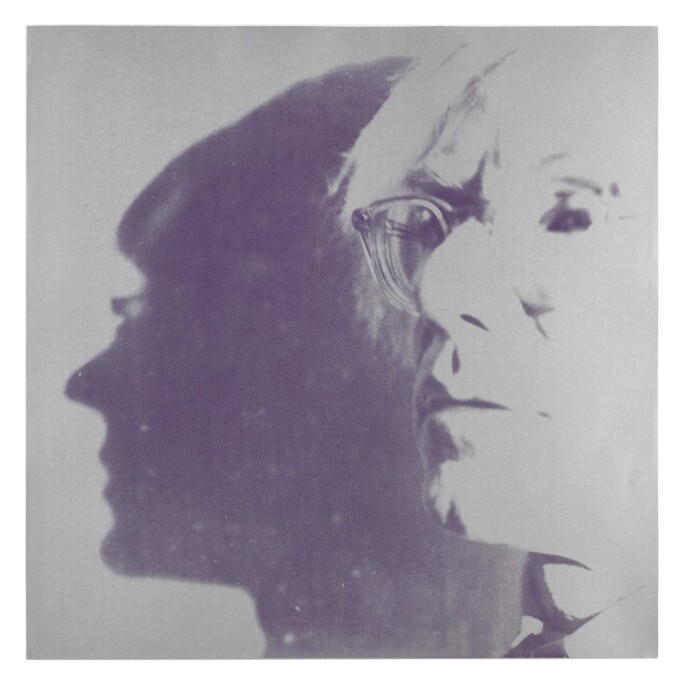 In 1995, David Bowie collaborated with the brand Laura Ashley to create something unprecedented: wallpaper. Designed by Bowie and printed by Laura Ashley, the wallpaper came in wildly entrancing prints inspired by mythical figures and modern psychology. Sotheby's will offer two such rolls in the Prints & Multiples spring auction, held online from 17 – 28 April.

The Wild Wallpaper of David Bowie 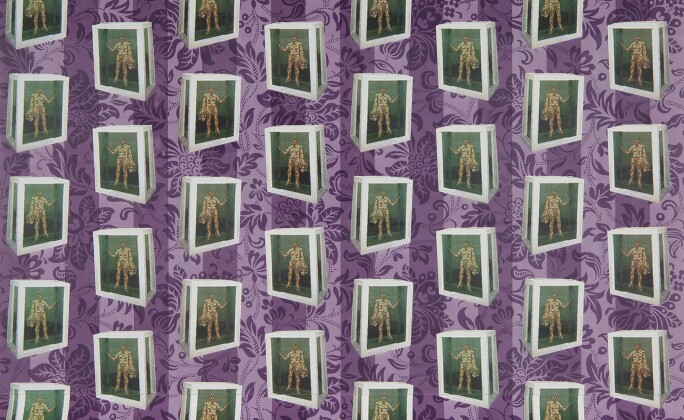 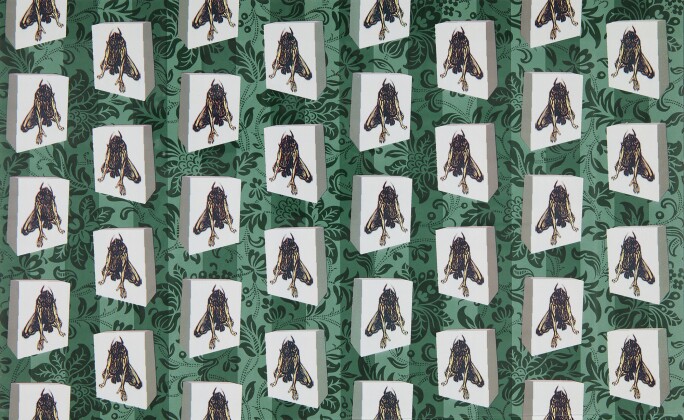 D avid Bowie’s legacy is a work of art in itself; his ever changing music and appearance became iconic within his body of work much like stanzas within a visual artist’s oeuvre; Picasso’s Cubist period, Lichtenstein’s comic strip inspired compositions. Bowie’s ability to reinvent himself was as unforgettable as his music and he never failed to shock and then delight.

A collaboration between David Bowie and designer Laura Ashley has that initially unexpected, but then beguiling impact.

A collaboration between David Bowie and designer Laura Ashley has that initially unexpected, but then beguiling impact. Between 10 and 15 full rolls of wallpaper were printed on the occasion of Bowie’s exhibition ‘New Afro Pagan Work: 1975-1995’ at a London gallery. One design features Lucian Freud’s nude self portrait submerged in a Damien Hirst like tank, the second illustrates a Minotaur, one of Picasso’s most beloved subjects. Both set these repeated images against a backdrop of traditional English chintz. Each exemplifies noteworthy imagery in 20th century art, offset by a floral pattern ubiquitous of the Laura Ashley aesthetic.

K nown for his use of both photorealism and abstraction in painting, often simultaneously, Gerhard Richter is one of the most important artists working today. Much of Richter’s work can be identified by its layering of photographic imagery and abstraction; photorealistic representations in his paintings are interrupted by purposeful blurring or lack of focus. In this way he is able to play the two artistic genres off of each other, creating a singular style that has contributed to the advancement of abstraction in painting overall.

Sotheby's Prints & Multiples auction includes two individual works by Richter, and a third lot comprising a group of four prints from the artist's "Flow" series. Below, view a slideshow of the works and additional auction details. 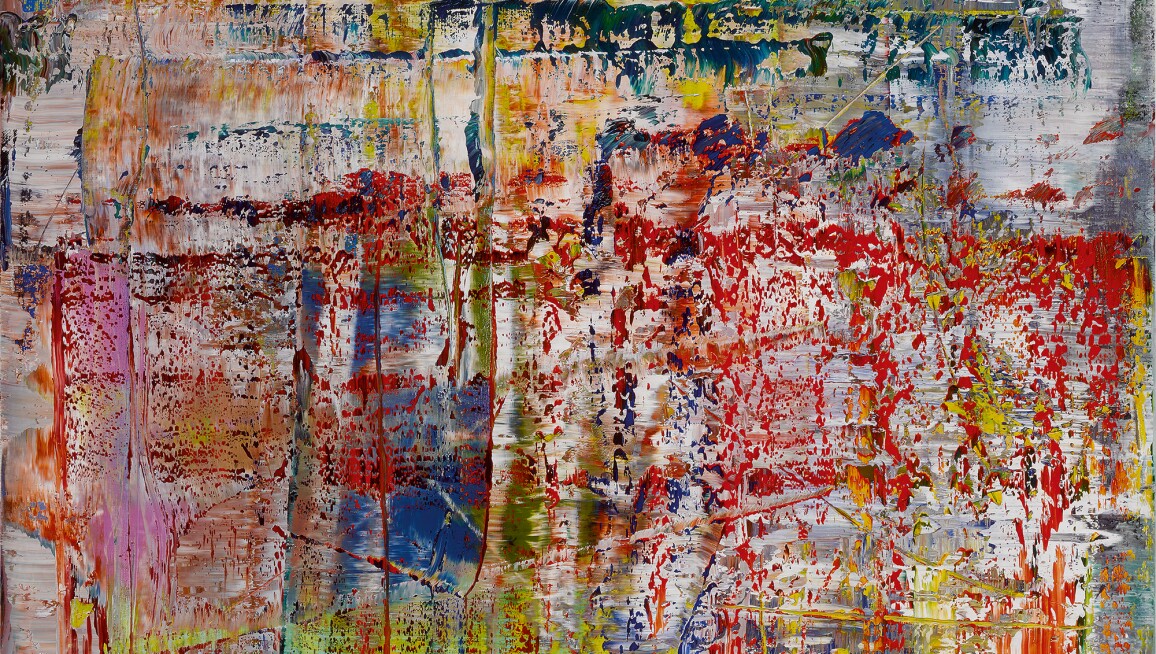 "I WILL NOT MAKE ANY MORE BORING ART is the self-doubt, the self-scrutiny found in us all," writes Sharon Coplan Hurowitz, author of John Baldessari: A Catalogue Raisonne of Prints and Multiples, 1971-2007 and former Sotheby’s Contemporary Print Specialist. 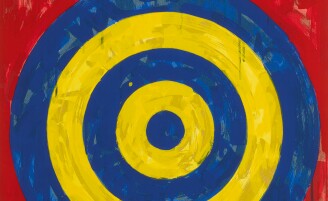