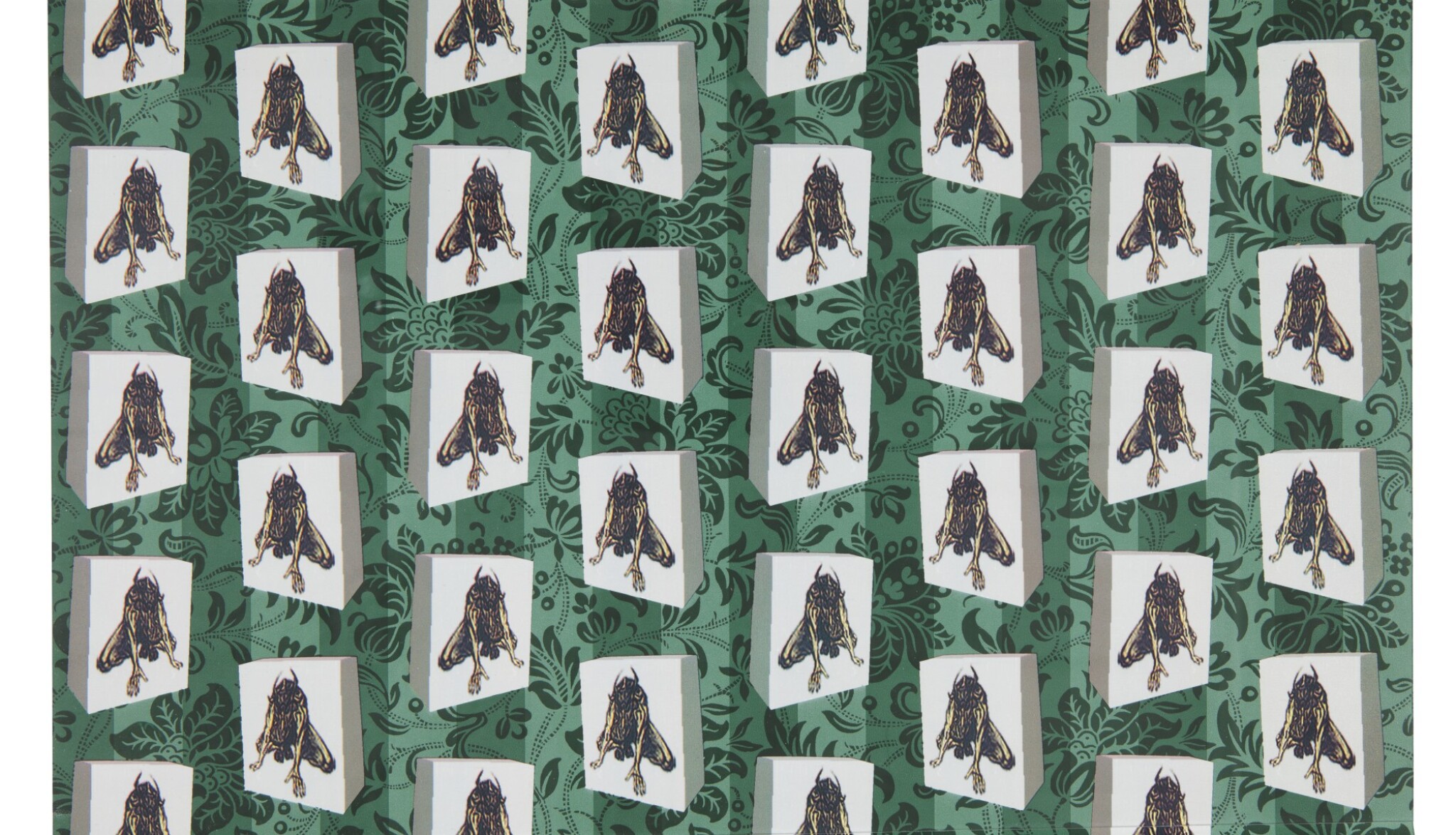 Roll of wallpaper printed in colors, 1995, printed by Laura Ashley

The wallpaper is in good condition. The first 8 inches of the rolled sheet with minor wear at edges, some spots with associated pigments loss, and two areas of adhesive remnants. The verso with extremely pale, slightly uneven discoloration. (Roll partially examined.)

David Bowie’s legacy is a work of art in itself; his ever changing music and appearance became iconic within his body of work much like stanzas within a visual artist’s oeuvre; Picasso’s Cubist period, Lichtenstein’s comic strip inspired compositions. Bowie’s ability to reinvent himself was as unforgettable as his music and he never failed to shock and then delight.

A collaboration between David Bowie and designer Laura Ashley has that initially unexpected but then beguiling impact. 10-15 full rolls of wallpaper were printed on the occasion of Bowie’s exhibition ‘New Afro Pagan Work: 1975-1995’ at a London gallery. One design features Lucian Freud’s nude self portrait submerged in a Damien Hirst like tank, the second illustrates a Minotaur, one of Picasso’s most beloved subjects. Both set these repeated images against a backdrop of traditional English chintz. Each exemplifies noteworthy imagery in 20th century art offset by a floral pattern ubiquitous of the Laura Ashley aesthetic.