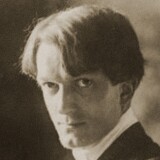 Works by Rembrandt Bugatti at Sotheby's 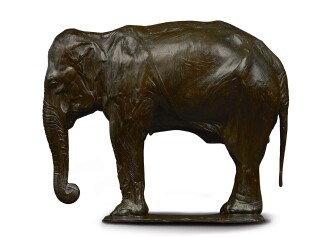 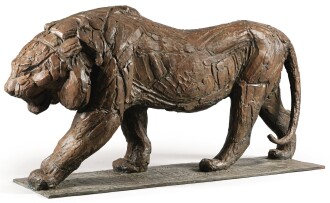 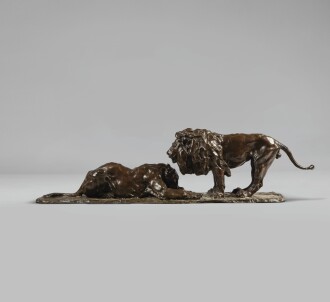 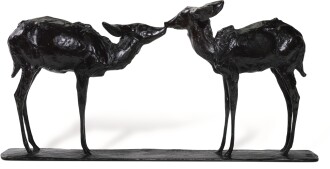 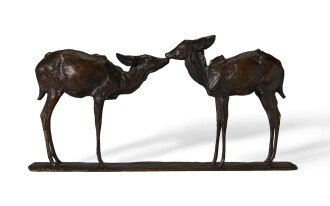 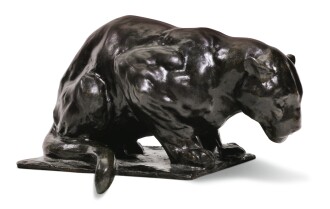 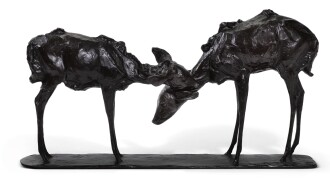 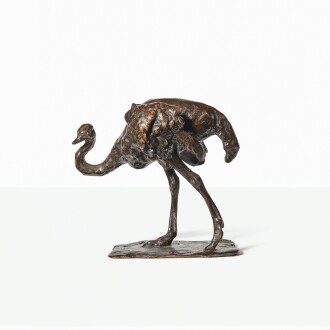 Bugatti was born on October 16, 1884 in Milan, Italy into a family with a strong tradition in the arts. His father, Carlo Bugatti, was a fin de siècle master known for his exotic and fanciful furniture, metalwork and musical instruments designed in Italy. His elder brother, Ettore, had been the son chosen to follow in his father's artistic footsteps, but after Ettore exhibited an early predilection for engines and cycles, he relinquished his place to his younger brother, Rembrandt. Ettore went on to became famous for developing the mechanically advanced and eternally stylish Bugatti cars. By the age of nineteen Rembrandt was already an acclaimed sculptor having been selected to exhibit at the 1903 Venice Biennale. His training was provided by both his father, Carlo and his uncle, Giovanni Segantini, a leader of the Lombard Divisionists. When Carlo moved the family from their native Milan to Paris in 1904, Rembrandt became immersed in the booming center of commerce and culture of the Parisian belle époque. While the art world's epicenter was a major draw to the burgeoning young sculptor, Paris also contained one of the greatest zoological gardens in Europe: the Jardin des Plantes, where the menageries of exotic animals and plants revolutionized his artistic vision.

From 1906 Rembrandt began to spend more time in Antwerp, which boasted a zoological garden to rival Paris. For the next decade Bugatti would live among the animals, both in Paris and Antwerp, observing them at length, studying their morphologies, their attitudes, their behavioral nuances, their tones and resonance with his artistic malleability. Bugatti’s sculpture followed on in a journalistic vein, influenced by his dialogues with the animals, capturing what became a unique breed of portraiture. The artist's meticulous attention to the nuances of musculature and movement, as well as his infinitely subtler references to the emotion and personality of his subject betrays his respect and awe for the beasts immortalized in his art.

In his career that spanned little more than a dozen years, Rembrandt Bugatti emerged as a singular figure whose distinct, powerfully modern vision bridged traditional sculptural and animalier devices with innovative methodologies. By 1915, the animals in the Antwerp Zoo were euthanized due to food shortages during World War I. Suffering from depression and financial difficulties, Bugatti committed suicide in 1916 in Paris at the age of thirty-one.

Museums with Works by Rembrandt Bugatti