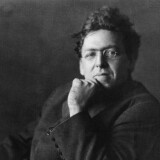 Works by N.C. Wyeth at Sotheby's 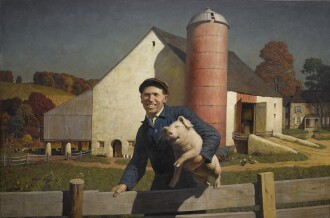 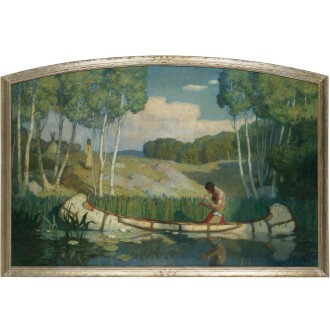 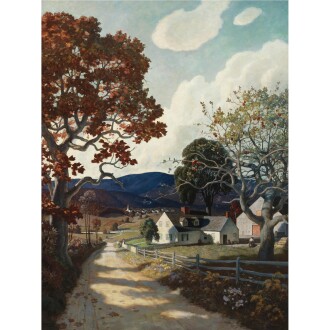 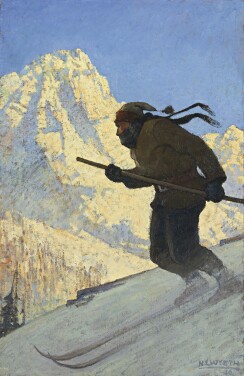 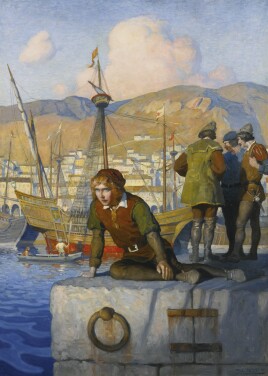 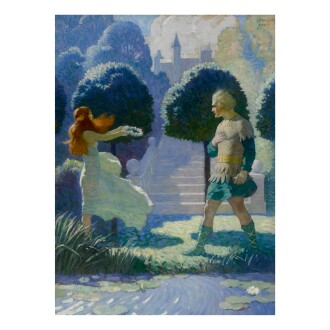 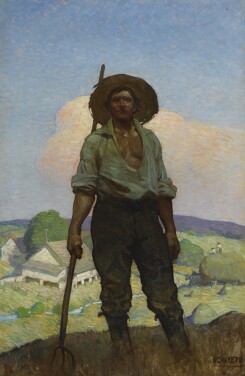 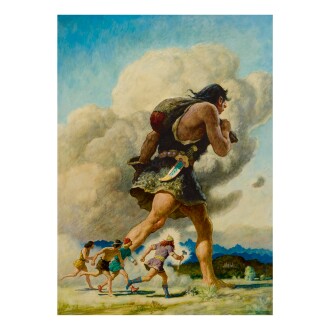 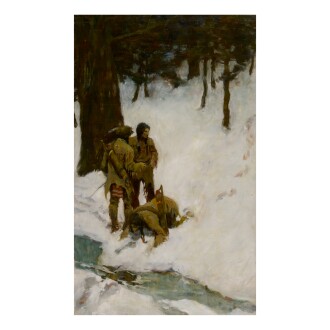 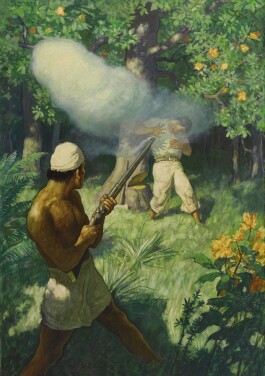 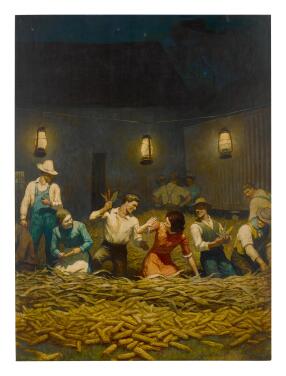 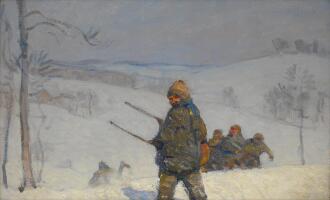 Best known for his illustrations of classic literature, N. C. Wyeth’s vibrant imagery and command of visual narrative brought the pages of Treasure Island, The Last of the Mohicans and Robinson Crusoe to vivid life for generations of young readers. One of the most successful illustrators of his time, Wyeth created over 3,000 paintings and provided illustrations for over 100 books during his prolific career. While Wyeth found success as a commercial artist, his imagination and passion for fine art shaped the next two generations of Wyeth family artists, including his son Andrew Wyeth and grandson Jamie Wyeth.

Newell Convers Wyeth was born in 1882 in Needham, Massachusetts. In 1902, Wyeth traveled to Wilmington, Delaware, to study under renowned illustrator Howard Pyle. An eager pupil, Wyeth successfully submitted a cover illustration of a bucking bronco to The Saturday Evening Post after just five months of study. On Pyle’s advice, Wyeth made several trips to the American West to further immerse himself in his subject matter, working as a ranch hand and visiting Native American reservations. His experiences inspired a period of images dramatizing the Old West, with illustrations appearing in prominent periodicals including Harper’s Monthly, McClure’s and Scribner’s.

In 1908, Wyeth and his wife settled in Chadds Ford, Pennsylvania, where they would raise their five talented children (three of whom would grow up to become artists). In 1911, Wyeth was commissioned to illustrate Robert Louis Stevenson’s Treasure Island by the publishing house Charles Scribner’s Sons. Wyeth’s 17-painting series, with its heroic imagery and richly drawn characters, was a towering success and led to many further commissions. Throughout his career, Wyeth also created illustrations for prominent advertising clients including Coca-Cola, Lucky Strike and Kellogg’s, and took numerous public and private mural commissions. In addition to commercial work, Wyeth also nurtured a passion for fine art painting, experimenting with a wide variety of subjects and styles. In 1945, Wyeth was tragically killed when his automobile with struck by a freight train in Chadds Ford, Pennsylvania.

In 1997, the N. C. Wyeth House and Studio was designated a National Historic Landmark. The largest collection of his works is housed at the Brandywine River Museum in Chadds Ford, Pennsylvania; his work is also displayed at the Farnsworth Art Museum in Rockland, ME, the Delaware Art Museum, Wilmington, the New York Public Library and the Philadelphia Free LIbrary.

Museums with Works by N.C. Wyeth

Brandywine River Museum of Art
Chadds Ford, Pennsylvania | United States
Cardholder + 3 Guests
Farnsworth Art Museum
Rockland, Maine | United States
NYPL
New York City, New York | United States
Please note that prior performance of the indexes and realized returns contained herein does not guarantee future results. In addition, there is no guarantee that random collections of individual works of art or stocks will yield index returns. We are not financial advisors and we are not in the business of recommending art as an investment. We also have no comparative advantage in forecasting the future direction of the art market. Investment decisions should be based on the risk return tolerance and time horizon of the investor with, if desired, the support of a licensed financial advisor. This information is provided "as is" and with no representations or warranties either express or implied of accuracy, merchantability, fitness for a particular purpose or of any other nature are made with respect to this information or to any expressed views presented in this information.