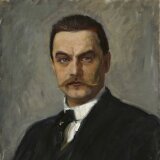 Works by Albert Edelfelt at Sotheby's 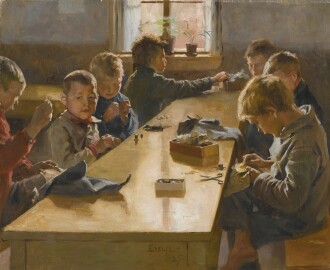 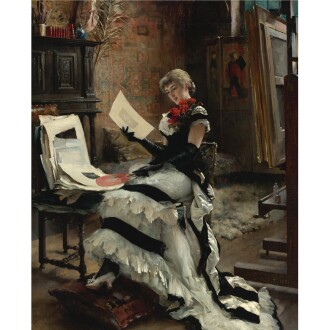 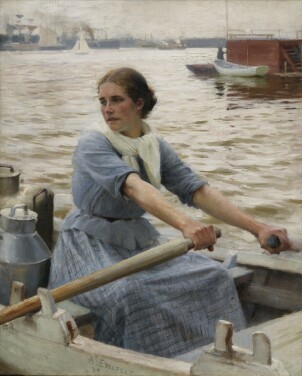 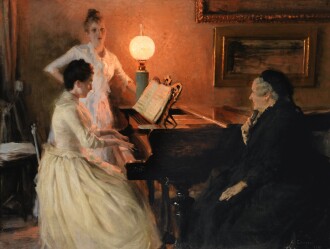 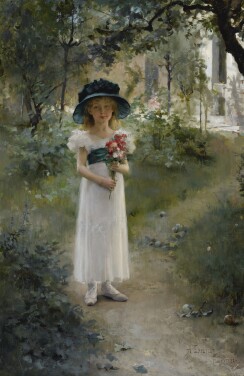 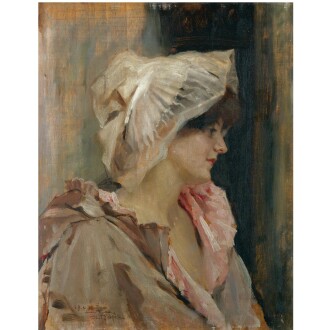 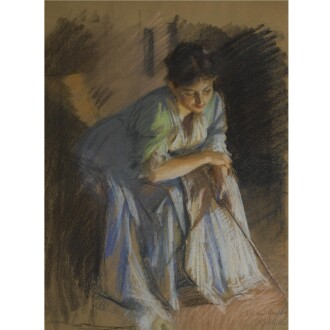 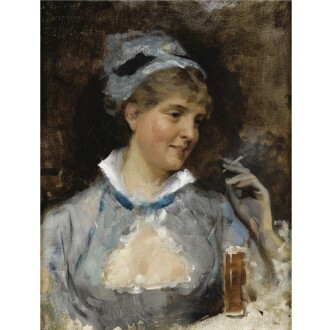 Characterised by his plein-air paintings of his home region of Porvoo and his scenes of the youth of Finland, Albert Edelfelt was the leading proponent of Finnish Realism. The first Finnish artist to gain international renown in his own lifetime, Edelfelt helped lay the foundations for his countries cultural prestige abroad.

Born on the southern cost of Finland in 1854, Edelfelt came from a Swedish-speaking aristocratic family. His father Carl Albert Edelfelt was descended from a military family from East Götaland and from whom the young Albert inherited a love of music and drawing, whilst his mother Alexandra Edelfelt née Brandt, was an amateur poet and keen follow of the arts. Carl’s death in 1869 had put a serious strain on the family’s finances, with large debts left behind, however Alexandra, who long recognised her son’s passion for drawings, encouraged Albert to begin lessons at the Drawing School of the Finnish Art Society.

Following a short stint at The University of Helsinki in 1873 during which time Edelfelt was also a student of well known patron Adolf von Becker, the artist left to enrol at the Academy of Art in Antwerp. Continuing to honour his skills with historical painting that he had learned at the Art Society in Helsinki, Edelfelt ultimately became drawn to the progressive Parisian lifestyle with its endless cultural and professional opportunities. He began study at the École des Beaux-Arts with Jean-Léon Gérôme and formed friendships with fellow artists, the most important of whom was Jules Bastien-Lepage, who lived near Edelfelt's own studio at 147 avenue de Villiers. Edelfelt was also drawn to the work of the Impressionists, who held their first group show in 1874.

While in Paris, Edelfelt realised that it was plein air painting, illustrating contemporary reality rather than historical scenes, which dominated the art scene of Paris and the artist would eventually turn to this form of painting. However, Edelfelt initially persisted with the production of a number of historical costume and genre paintings, some of which can be considered amongst the greatest of Finnish realist historical painting. His 1877 work, Kuningatar Blanka depicts the Swedish medieval Queen Bianca bouncing her son Haakon on her knee, while singing to him at the same time. It received critical acclaim from the Salon in 1877 and was followed by other significant genre paintings. For the 1879 Salon, Edelfelt produced Poltettu kylä ('Burned Village'), depicting a scene from the Finnish peasant revolt of 1596-97.

Edelfelt would gradually work towards painting en plein air, through many returns to the countryside of his home country. His seminal 1879 oil Conveying a Child’s Coffin, executed by the artist at Haikko near Porvoo, was the first Finnish work painted exclusively outdoors to have been exhibited in Paris. It was awarded a 3rd class medal at the 1880 Salon, the first time a Finnish artist received such an honour. As Russia continued to tighten its grip on Finland towards the end of the nineteenth century, Edelfelt continued to focus on his plein air style, depicting more patriotic subjects, which included the youth of Finland as well as the rural landscape around Saari Manor.

About half of Edelfelt’s works are portraits. The artists years in Paris provided him with a healthy clientele of the rich and powerful of Paris, the most famous of these being his 1885 Portrait of Louis Pasteur, a renowned French biologist who Edelfelt was fascinated by. The portrait received the grande Medaille d’honneur in 1889 at the Paris Universal Exposition and saw Edelfelt appointed an office of the Legion of Honour, followed by a commander of this order in 1901. Edelfelt also maintained continued contact with the Russian nobility, painting an official portrait of Nicholas II in early 1896, as well as a number of portraits of the children of the Imperial family.

In 1904, Edelfelt completed his last major work, The Inauguration of Turku Academy which was commissioned by the state to decorate the Great Hall of the University of Helsinki. The artist died the following year with the work standing as an impressive finale to his career as a historical painter. The work was sadly destroyed during the Helsinki bombing raids of 1944.