By Vivienne Becker
From the lush orchid brooches of the late 19th century to the sleek, scrawled graffiti jewels made a century later, Tiffany & Co.'s rich history i s brimming with original designs that capture the essence of the time in which they were created. Below are a few of the American heritage brand’s most celebrated designs from the last two hundred years.

The highlight of Tiffany’s sumptuous display of jewels at the 1889 Paris Exposition Universelle was the series of some 25 exquisite orchid jewels, hair and corsage ornaments, all realistically modelled and decorated in a vibrant, painterly palette of matt enamels on gold. The designs, by Paulding Farnham, later to become Tiffany’s director of jewelry, anticipated the Art Nouveau movement and also reflected the prevailing fascination amongst Tiffany’s wealthy clients, with finding and growing exotic species of orchids. 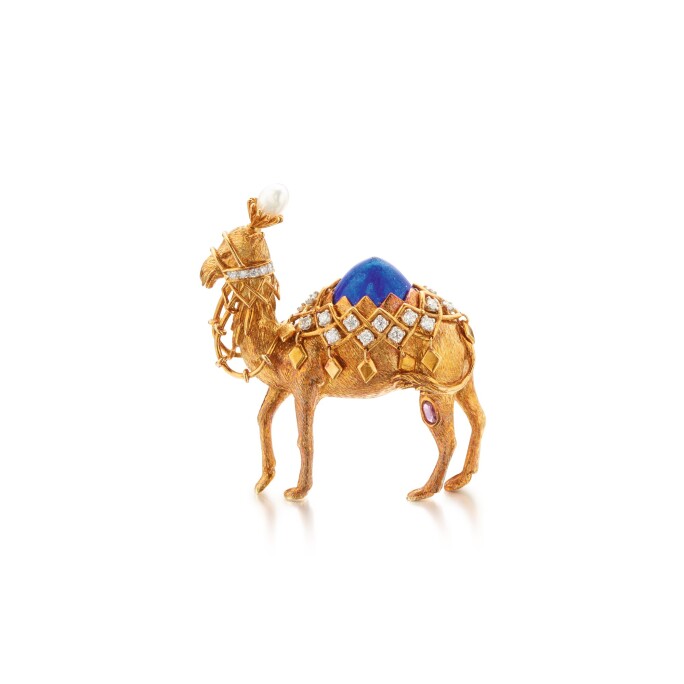 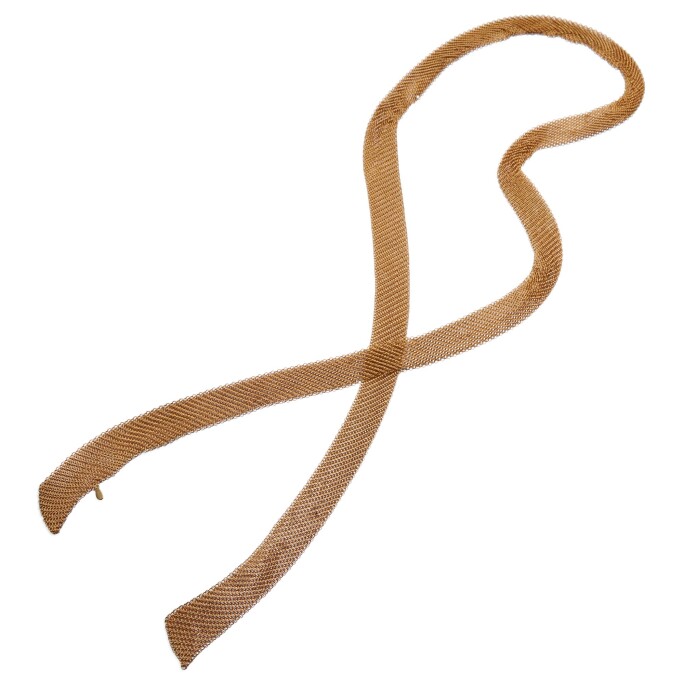 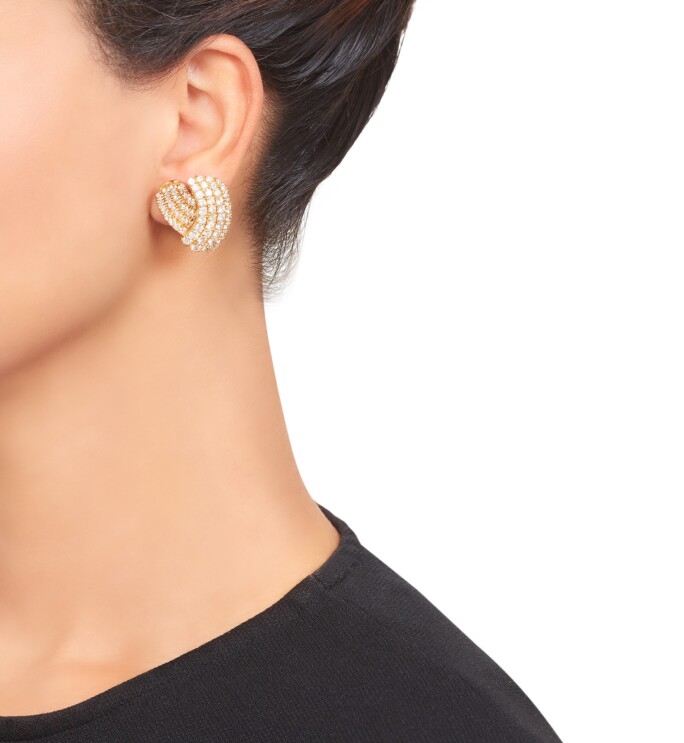 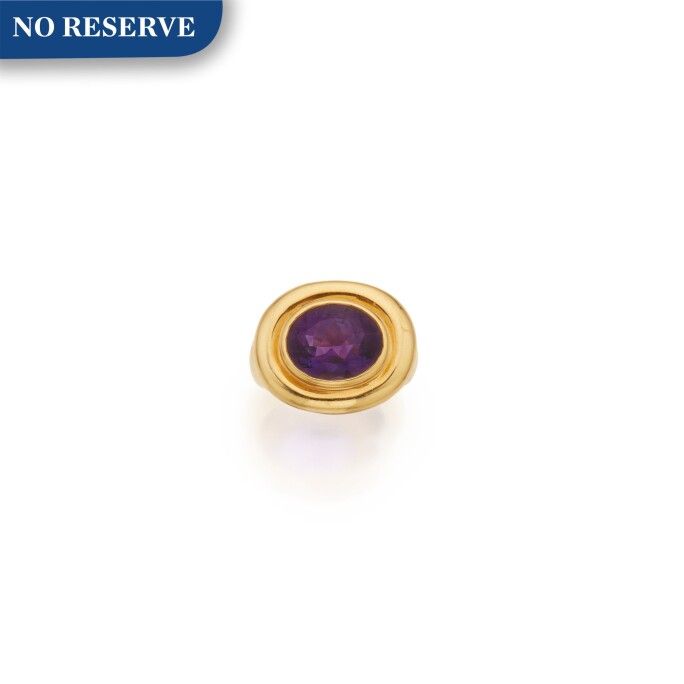 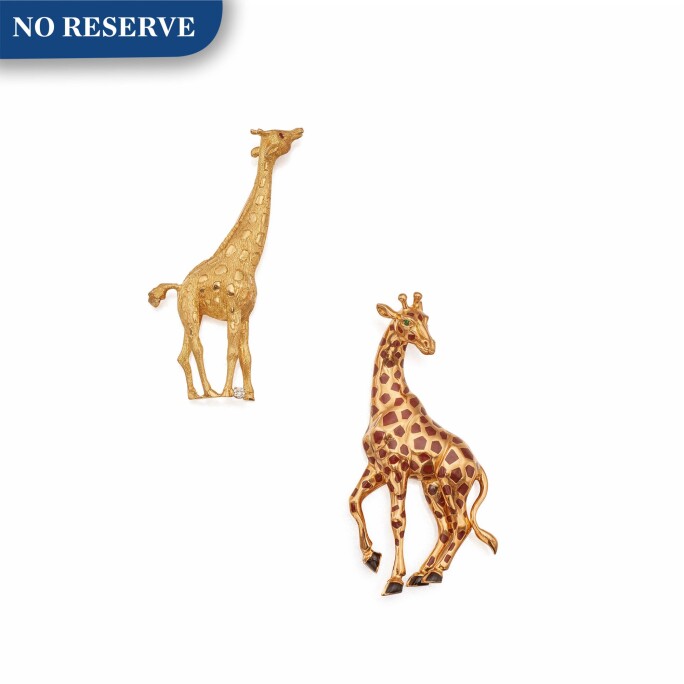 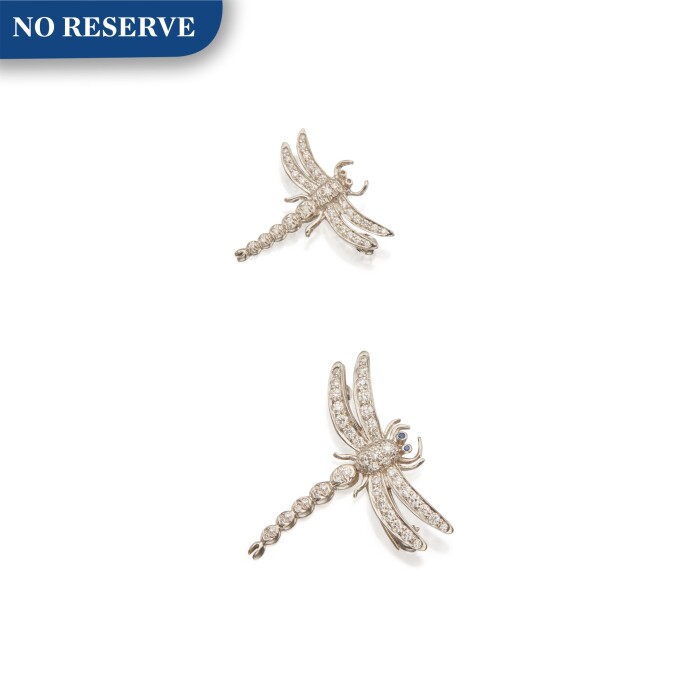 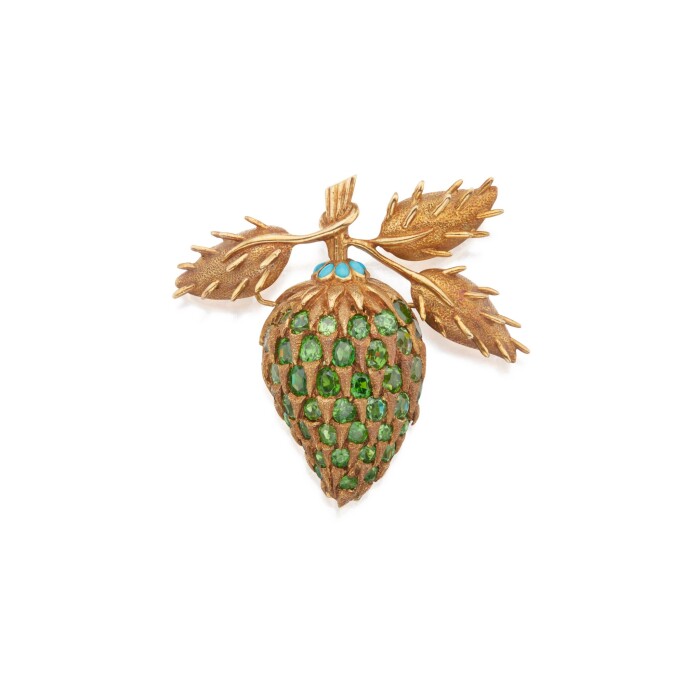 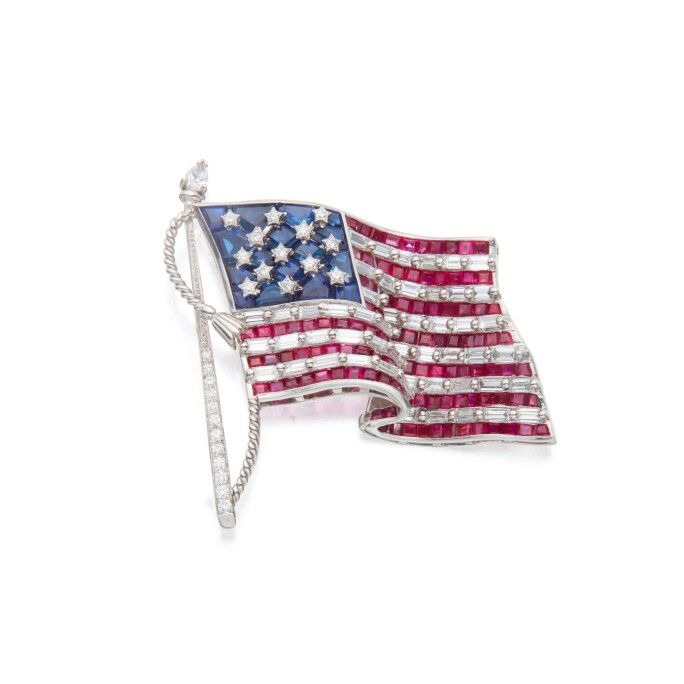 The railroad magnate, Jay Gould, purchased several of these orchid jewels. Their huge success bred many different species of jeweled and enameled flowers, including a rosebud and lilac spray. Later, in the 1900 Paris Exposition Universelle, Tiffany displayed an outstanding iris brooch set with newly-discovered Montana sapphires; this was bought by the tycoon, Henry Walters. While a magnificent chrysanthemum brooch, its petals formed by long, dog-tooth Mississippi river pearls was made for the singer Lillian Russell in 1904.

Louis Comfort, the son of founder Charles Lewis Tiffany, began his career as an artist and is most well-known for his work in stained glass. In the spirit of the Arts and Crafts movement, he wholeheartedly embraced the decorative arts, becoming a sought-after interior decorator, but also the leading American exponent of Art Nouveau. He began working on jewelry in 1902 and in 1904 launched a series of spectacular art jewels at the Louisiana Purchase Exposition in St Louis. Made in collaboration with enameler Julia Munson, who headed his jewelry atelier, his jewels were artisanal, sculptural, organic and poetic, characterised by fluidity, asymmetry and painterly colour, created by the use of unconventional gems and enamels.

The opal in particular, a favourite stone of Art Nouveau jewelers, corresponded to the iridescence of his favrile glass. In depicting flowers and insects, Louis Comfort was influenced by the nature that surrounded him on his country estate, Laurelton Hall, Long Island. He had travelled extensively, including to Europe and North Africa and was widely influenced by orientalism, infusing his organic themes with a byzantine opulence.

Quiet genius of mid-20th-century jewelry design, Jean Schlumberger had no formal training in fine jewelry. Instead he began his career in Paris in the 1920s, making costume jewelry from fragments of flea-market antique porcelain and then buttons and fantasy jewels for Elsa Schiaparelli. In New York after the War, he turned to fine jewelry. His immense talent and elite clientele of socialites, including Babe Paley, and fashion leaders, especially Diana Vreeland, led Tifffany’s Chairman, Walter Hoving to make him an offer he couldn’t refuse: to join Tiffany, with his own private salon on the mezzanine of the Fifth Avenue store. Here, with access to a treasure trove of gems, his creativity flowed.

His style was individualistic, inspired by nature, with a lush wildness, overgrown exuberance and a rococo richness, always tempered by his own innate sense of style and elegance. He loved brilliant sun-yellow gold and re-introduced enamels to fine jewelry, vibrant, clear, glossy , sky blue, grass green, lacquer red, sometimes flecked with gold paillons , and often stabbed with his signature gold nails or studs. These voluptuously curved gold, enameled and sometimes gem-set bangles, gold-studded, ribbed or criss-crossed with ropework, were worn by women of style, including Jackie Kennedy Onassis. Schlumberger jewels, including these bangles, continue to be made in Tiffany’s High Jewelry atelier, to his original designs.

Without doubt, the most successful jewelry designer of the 20th century, Peretti captured the spirit of the moment in her timeless creations for Tiffany. Born in Rome, she made her name as a successful fashion model, moving to New York in the late 1960s. There she worked with seminal 1970s fashion designer Halston, for whom she began designing jewelry in 1969. She revived the use of silver for her organic, sensually minimal forms, imbued with talismanic meaning and deep emotion, creating contemporary jewels for the new generation of independent, working women who bought jewelry for themselves. Peretti’s genius is being able, instinctively, to distill an idea or image to its purest essence. The bone cuff was part of her first Tiffany collection. It was inspired by the bones she used to see – and sometimes secretly take home, as a child – from the Capucine crypt in Rome. The design remains today as fashionable as ever, an enduring modern classic.

Paloma Picasso, the daughter of Pablo Picasso and Francoise Gilot, spent her childhood with them in the South of France, surrounded by art and artists. John Loring met Paloma Picasso at Peggy Guggenheim's house in Venice, when she was just 16, and had watched her develop her own design talents, gravitating towards jewelry. Soon after Loring was appointed Tiffany Design Director in 1979, he chose Paloma Picasso as the next named designer, and she launched her first collection in 1980.

The Graffiti designs remain the most distinctive of her jewelry, inspired by the graffiti that was springing up all over New York city in the ‘70s. It was the talk of the town, considered a scourge, but Picasso saw it as art and decided to make it precious in her bold, gold, spontaneously graphic jewels designed as “X” and “O” shapes, the “X” also representing a kiss. Other meaningful urban motifs have been added to the collection, including a dove, Paloma’s name, while the iconic cross motif was incorporated into her massive, vibrantly coloured gem-set jewels; the quintessential jewels of the 1980s. 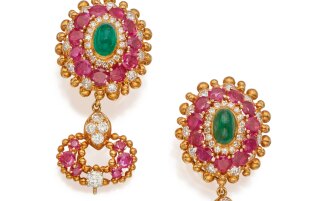 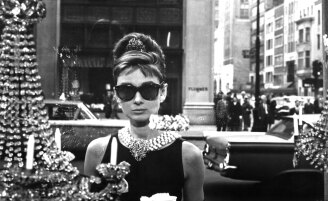