The Piece That Started My Collection: Philip Hewat-Jaboor

By Sotheby's
Philip Hewat-Jaboor has enjoyed a distinguished collecting career across several decades, amassing an unrivalled group of exceptional pieces from every category imaginable, including 18th-century and early-19th-century ceramics, marbles, furniture and antiquities — bringing his homes to life with museum-quality objects. As chairman of Masterpiece London , now in its tenth year, he shares his knowledge, advice and wisdom on collecting, talks about the importance of inspiring the new generation, and explains how it all began.

L et’s begin by asking when your passion for collecting first began?

My mother’s father was a serious collector with a capital C. He was a Yorkshireman and started collecting a little before the Second World War but very strongly throughout the 50s and the early 60s, and he put together what was an extremely fine collection of Chinese porcelain. He was a real patriarch, and for a small boy slightly frightening. I used to be sent off with my nanny to stay with him in the summer. When he came back from work I was occasionally summoned and shown a piece of porcelain.

What was interesting is he completely changed — he softened, and became this really passionate collector, and through this, I developed an interest in Chinese porcelain. I also had an uncle to whom I was very close who was not so much a collector but had lovely things, and he put them together in the most astonishingly beautiful way. He was passionate about works of art in general, and I used to spend a lot of time with him as a young man.

So it was a family connection that got you started. How did that develop once you had the bug?

There is a Sotheby’s connection here: my uncle’s friend Peter Wilson asked me to come on the second Sotheby’s works of art course, which I think would have been 1972, so I shelved what I was going to do work-wise and came and did that for a year. We were taught by Derek Shrub who was one of the great communicators about not only works of art but of beauty in general; whether it was opera or food, but particularly works of art.

So that’s how I started. I was then offered a job at Sotheby’s Belgravia, and told to find out about what was rather than pejoratively called ‘Victorian things’, and it was incredibly exciting because it made one have to discover about works of art themselves. But one also had to make a market and to show people what was good and bad, and what was worth stretching for and otherwise. And that really has been my leitmotif of my work ever since, especially with my art advisory business from the mid-1980s, right through to Masterpiece London.

What was the first piece that you bought and what attracted you to it?

The piece that began my own collection was actually a gift. My uncle gave me I think for Christmas an 18th century Chinese famille verte teapot from Bluett’s who had supplied quite a lot of my grandfather’s collecting habits. It was a beautiful object. That got me going and I started a small collection of teapots, mainly Chinese but not exclusively, which I would save up to buy. And that was a useful focus.

The first ‘grown-up’ things I bought were a pair of a rather fantastic Coade stone torchères — which were made for George IV, for the coffee room in Windsor Castle — from Christopher Gibbs. They were for my apartment in Ennismore Gardens, which I moved into in about 1980 and for that I started buying works of art at a different levels. As with everyone of my generation, we were captivated by Christopher’s shop, which at the time was down a passage opposite the front door of Sotheby’s on Bond Street. The torchères were designed by Hopper so they were fantasy gothic, and eight feet tall, but they were perfect scale for my new drawing room. They are what set off my interest in neoclassical late 18th and early 19th century design.

Do you still have them?

No. By the time I had moved from that apartment, my tastes had changed, and it was on to the next thing. However, the cross-collecting ethos is something that’s been prevalent in my life really since I ever remember. And this is something that I think is really important and forms a vital part of how one should collect, and it’s something that I think that with Masterpiece we have really pioneered in how we arrange the fair and bring these things to life. Not only to an established audience but to a new audience of potential acquirers of works of art.

Masterpiece is renowned for bringing together objects across categories; Old Masters and Impressionism through to antiquities, 20th century design, contemporary art, jewelry and ancient sculpture. What was the driving force behind the creation of the fair?

Masterpiece started ten years ago, and at the time, the traditional antiques market was beginning to feel a little tired. From day one we wanted to revive an interest in traditional works of art combining with contemporary art to give it a new, fresh edge. And we’ve built on this, and have now really led the field in establishing this multidisciplinary ethos.

I’ve never believed personally in the difference between contemporary works of art and traditional works of art. To me objects are either good or bad, beautiful or ugly, whatever their age or origin. Connoisseurship, beauty and taste are really what one should be looking for. I know they’re very old-fashioned words, but they underpin the whole ethos of what we do. 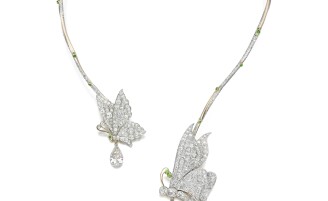 What can visitors to the fair expect?

The quality of the works our chosen exhibitors bring every year gets better and better. The fair is very carefully and strictly vetted as you know, which is important for giving everybody, not only new buyers, confidence. Masterpiece is about bringing this world alive to a wide-ranging group of people; be they potential collectors, museum curators, academics or even school children who are beginning to learn about things. I don’t see how anybody can buy anything without handling it, you have to know the weight of a piece of silver or the thinness of the porcelain or how well the drawers open on a piece of 18th century furniture.

How has the fair evolved over the years?

What piece of advice would you give to a new collector that you wish you’d been given when you were starting out?

I was extremely lucky because I was always taught to hold things, handle things, touch things, feel things, weigh things, spend time looking closely at things and be curious. I think it’s finding people whom you like and trust who are experts in their field and build a relationship with them, whether it’s an individual in an auction house or a specialist dealer, that level of trust is incredibly important.

At Masterpiece London, we have a day dedicated to young curators where we give talks and hold round table conversations, particularly about curatorial engagement with the commercial world. We now have a vetting mentee scheme, the participants, in which shadow the committee and learn how we vet, and additionally this year we have set up a young collectors’ group.

What excites you personally at the moment? Is there anything you will be looking to acquire at this year’s fair?

Over the last few years I’ve become really interested in coloured hard stones, porphyries, alabasters and granites. Two years ago, I acquired something that had evaded me for about 25 years — and on several occasions I might add! — and I was able to acquire them in a recent edition of Masterpiece. So yes, that absolutely does happen, I was hugely excited I was able to reunite them with their soulmate that I had bought 25 years ago — all three of which had gone missing since the 1820s.

How do you live with your own collection? Do each of your homes have a different personality?

I have everything on display, and everything is very carefully mixed: I have regency gilt bronze objects, classic antiquities, 19th century photographs of Egypt by Francis Frith, as well as renaissance bronzes — but it’s not crowded at all and it’s put together very simply in a white stucco room.

The bulk of my collection is in a half-buried gallery-library in the hillside adjacent to my house which holds my collection of art books and my most favoured, treasured coloured marble objects. This includes contemporary works by Steven Cox and a Roman imperial Porphyry vase. The combination of high-quality works of art in wonderful materials, even of different periods and origins, combine to form a cohesive whole. 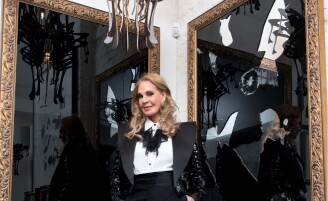 Collectors
The Piece that Started My Collection: Tiqui Atencio