T he Matthiesen Gallery was founded in 1978 by Patrick Matthiesen, son of renowned Berlin and London dealer Francis Matthiesen, who had arranged the sale of pictures on behalf of The Hermitage in the late 1920s and 30s. The purpose-built gallery in the heart of St. James, has established a formidable reputation as a leading international dealer in important Italian, French and Spanish artworks, dating from the 14th Century up to and including many of the major nineteenth century schools. Over the years the Gallery has sold on multiple occasions to well over 110 international institutions and has published 55 catalogues.

Beginning in 1981 with their exhibition Important Italian Baroque Paintings 1600-1700, the Gallery established its continuing commitment to mounting exhibitions accompanied by scholarly catalogues which have not only fostered art historical discussion, but also in some cases, introduced new areas of connoisseurship and collecting to the London and international markets. These have included Early Italian Paintings 1300-1480 (1983); From Borso to Cesare d'Este 1450-1628 (1984), an extraordinary show of Ferrarese painting, exhibitions of later baroque paintings (1985 and 1986), Emilian paintings (1987), The Settecento (1987), and a landmark exhibition of Italian primitives, Gold Backs 1250-1480.

Exhibition dedicated to French art included Romance and Chivalry, an exhibition of troubadour paintings (1997), a survey of French landscape painting, The Gallic Prospect (1999), dedicated studies including works on Jean-Baptiste Chardin, Jean-Victor Bertin (2004) and Jacques Blanchard (2008), the last two being, at the time, the first English language studies of these artists. In 2004 the Gallery organised the exhibition Plein-air painting in Europe 1780-1850 which was shown at the Shizuoka Prefectural Museum, Japan, The National Gallery of Victoria and the Art Gallery of New South Wales, Australia.

Works from The Matthiesen Gallery 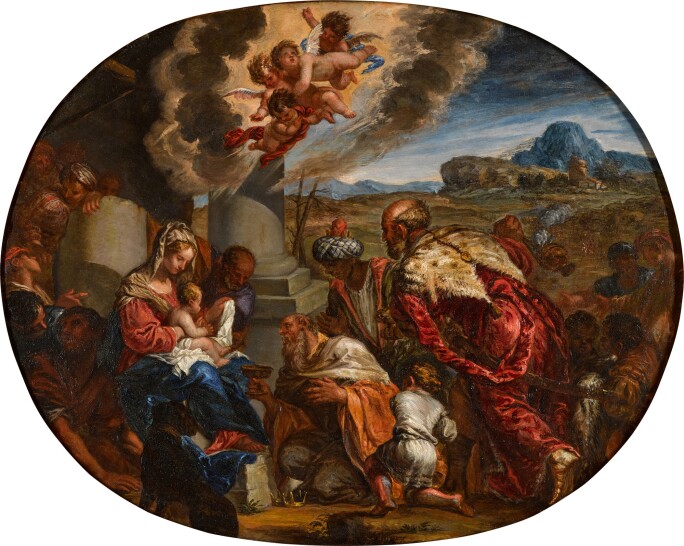