The ‘100-Carat Man’ on Selling the World’s Rarest Diamonds

NEW YORK– “100 carats has always been a mythical number,” says David Bennett, worldwide chairman of Sotheby's international jewellery division. Few have a stronger handle on the ultra exclusive 100-carat diamond market than Bennett, who has sold nearly 1,000 carats worth of them in his four-decade career at Sotheby’s. “I didn’t know I loved them until I started selling them,” says Bennett. Prior to joining Sotheby’s as a trainee in 1974, he had no jewellery experience. “From my first 100-carat diamond sale in 1990, I got a taste for seeking out and selling extremely rare gemstones.” During Sotheby’s inaugural A Life of Luxury week this December in New York, prepare to be be blinded again by a 110-carat brilliant-cut diamond. Ahead of the Magnificent Jewels auction, Sotheby’s spoke with Bennett about this stunning stone and how he earned the enviable moniker of the ‘100-Carat Man.’

When did you sell your first 100-carat diamond and how did you earn your nickname?
Simply because I was the first person to start selling them. Before 1990, there had never been a 100-carat D flawless diamond on the market at auction. I moved to Sotheby’s Geneva to take over jewellery sales in Europe, and a cutter who had just finished a very rare stone contacted me and asked me to have a look. It was an amazing 100-carat, flawless, top colour, pear-shaped diamond. It seemed to me that such a rare thing was certainly worth trying at auction. So I took it and had a restless night thinking, had I made the biggest mistake of my career? It ended up selling for what was then a world-record price for a diamond. Over next five years, I sold another two, leading up to the Star of the Season in 1995, which remained the record for fifteen years or so.


Is there a certain mine where such massive diamonds are more commonly found?
There’s not necessarily a geographical propensity, although these days the largest roughs are being mined mainly in South Africa, as well as Angola. Historically the great stones came from Golconda, India. Then there was Brazil in 1728, then Russia, Canada, and now all over the world. Nearly all blue diamonds come from one single mine, the Cullinan Mine in South Africa, but large white diamonds can be mined anywhere.

Who tends to be the purchaser? Institutions, royal families?
They’ve nearly all ended up with individuals. During the 1990s they tended to go to the Middle East, principally in Saudi Arabia, but now it is more international. 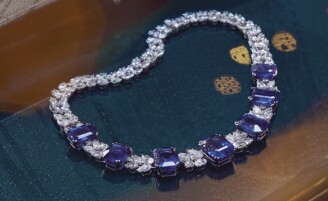 How rare are 100-carat coloured diamonds?
It’s rare for diamonds over 100 carats to be any colour other than yellow or brown. The ones that really cause headlines at auction have always been D colour, with a purity of flawless or internally flawless.

How long would it typically take for a rough to be cut?
It depends, as there is differential hardness with diamonds, but I remember an instance where it took over a year for one stone to be finished.

Why is the 110-carat diamond in the Magnificent Jewels auction in New York so special?
When I first saw it a few months ago, I thought that it was such a remarkable gemstone. There have only been a very small handful of 100-carat brilliant cut diamonds that have ever come up for auction. They’re always very impressive because they’re shockingly big stones. If you go and see this 110-carat diamond, I guarantee it will look bigger than you expect it to be.

What are the most common cuts for a 100-carat diamond?
Very often the shape of the crystal dictates the cut of the diamond. Because the proportions of cutting a brilliant cut are so precise, the loss of crystal is so huge that it makes brilliant cuts over 100 carats extremely rare. Generally, they’ve been emerald, pear or oval.

What is your favourite part about discovering and selling these diamonds?
The rarity and the absolute beauty. It’s also the wonderful fact that you’re looking at the hardest substance in the universe. Up until about the 17th century, diamonds were more valued for their symbolic nature rather than their beauty because man wasn’t really able to cut them.

How frequently can one expect newly mined 100-carat diamonds to come up for auction?
I do know a few, but the timing of when they will come up for auction is another question. When they discover a very large rough, generally you hear about it in the press because obviously the mine is very proud of it. It’s not impossible, it’s just a very auspicious event.

What other memorable jewels have you sold?
I have the world record for a ruby, known as The Sunrise Ruby. When the client showed it to me, I looked at it for twenty minutes before saying anything. I’m reminded of the Donnersmarck tiara, an unbelievable jewel that was literally breathtaking. It had emeralds, which were very likely from a 17th-century Maharaja necklace and were perhaps in the collection of Empress Eugénie. Then there’s the Blue Moon of Josephine, which from the second I saw it, I thought, I’ll have that. It’s such a winner – the shape of the stone was sensational, flawless, vivid blue, top colour. There was a wonderful diamond I sold in 2012 called the Beau Sancy. It has been in four royal families of Europe and bought by Henry IV of France for Marie de Medici. She wore it in the centre of her coronation crown. It is probably the most romantic and magical stone I’ve ever sold. 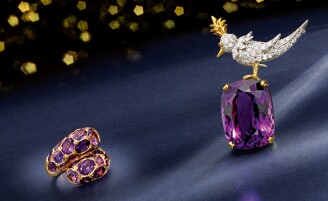 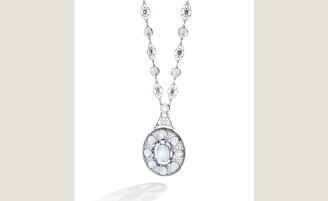 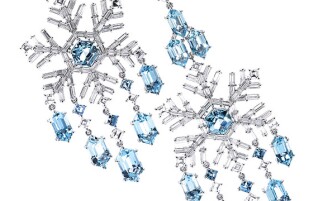