Sole Traders – Behind the Hype and Headlines of Sneaker Investment

T his trend itself is nothing new as the two worlds have long been locked in a mutual give-and-take exchange. Blurring boundaries, unabashedly fusing cultural references and reaching beyond borders to provide influence for wardrobes and walls the world over. However what is new is streetwear’s sustained rise and sneaker culture in particular, permeating the luxury sphere and shifting into collectables - Fully capturing the attention of Millennial and Gen Z investors.

This mindset echoes the similar seismic shift of the 1960s, when Andy Warhol began questioning what constituted contemporary art. Later Basquiat and Keith Haring extended this conversation to street art, challenging traditional ideas of who could and should access art.

With this in mind, April 2021, saw Kanye West’s now infamous “Grammy Worn” Nike Air Yeezy 1 Prototypes sell at Sotheby’s to sneaker investment marketplace RARES for a record topping $1.8 million (£1.3 million) price tag, utterly smashing the previous record of $560,000, which was set by a pair of Nike Air Jordan 1s from 1985 that sold at auction May 2020. Prior to that, the title belonged to a pair of Nike Waffle Racing Flat “Moon Shoes” that sold for $437,500 in the autumn of 2019.

This demonstrates the momentum behind sneaker sales and upward trajectory of the industry’s value. Next-gen art world tastemakers are the rapidly redefining what luxury looks like. Both traditional luxury fashion and streetwear depend on their positions as cultural status symbols in order to drive demand. However, new factors like casual and comfort clothing booming post pandemic, the rise of social media and community clout have all been key to evolving and establishing streetwear’s dominance.

The first wave of sneaker culture as we know it today emerged in the 1970s and was defined by one main subculture, the emergence of hip-hop. Sneakers were essential in the world of beatboxing and break dancing because they were comfortable enough to dance in, eventually becoming a part of the “look” for all discerning hip hop heads. By 1977 sneakers had hit mass, with Vogue declaring that “real runner’s sneakers” had become status symbols, worn by famous non-athletes like Farrah Fawcett and Mick Jagger. Instead of one pair of sneakers, people now demanded an entire wardrobe of them, custom-created for a range of lifestyles, herein the casual sneaker boom was born.

Sneaker fans didn’t have to wait long as the next key cultural moment came in 1984 with the launch of Nike Air Jordans. This led to the commodification of the sneaker and it’s cult desirability a legitimate status symbol, fuelled by early influencer culture and celebrity endorsements. Designer Dapper Dan also played a pivotal role in elevating sneaker culture to luxury levels in the 80s, propelling it out of Harlem, New York, by creating styles for now celebrity hip-hop artists who were shunned by traditional luxury brands at the time.

Fast forward a few years to 1986 and Hip Hop royalty Run-DMC releasing their era-defining track “My Adidas”, this led to a major sponsorship deal with the German sports brand and cemented the sneaker’s deep-rooted position in pop culture. The single and the trio’s frequent appearance in the Adidas Superstar style resulted in the then less-than-fashionable court shoes’ popularity skyrocketing. Fans clamoured to buy a pair and eventually, the Superstars became a staple in every sneakerhead’s closet and still are today.

Finally, we arrive at what the third and final wave of sneaker culture which is marked by the dominance of the digital age, delivering exponential growth in sneaker marketing and resell culture. 2017 saw a turning point in the collaboration between James Jebbia founded skate brand Supreme and Louis Vuitton, a moment in which luxury fashion and art sat up and took notice of streetwear’s meteoric rise .

“This generation may value sneakers more than a Matisse because [the Matisse] is not attainable.”

Vuitton then appointed celebrated streetwear designer, Virgil Abloh, as creative director of menswear in 2018. Elsewhere, large-scale investment in streetwear became increasingly common, reaching it’s peak with Supreme’s sale to The Carlyle Group in 2017 for a reported US$500 million (£365 million) retailer Concepts also struck a deal with Amazon-owned Zappos and Stadium Goods, a retailer specialising in the resale of aftermarket and “game worn” sneakers, received backing from LVMH. 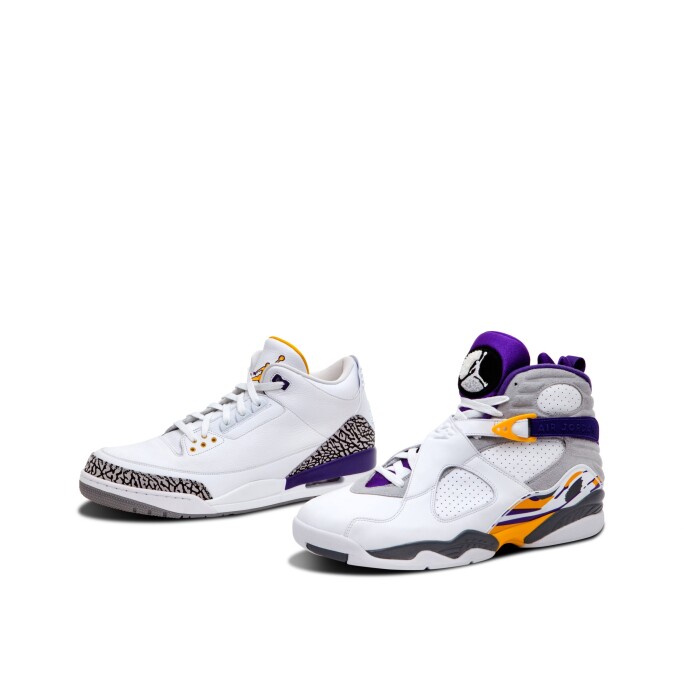 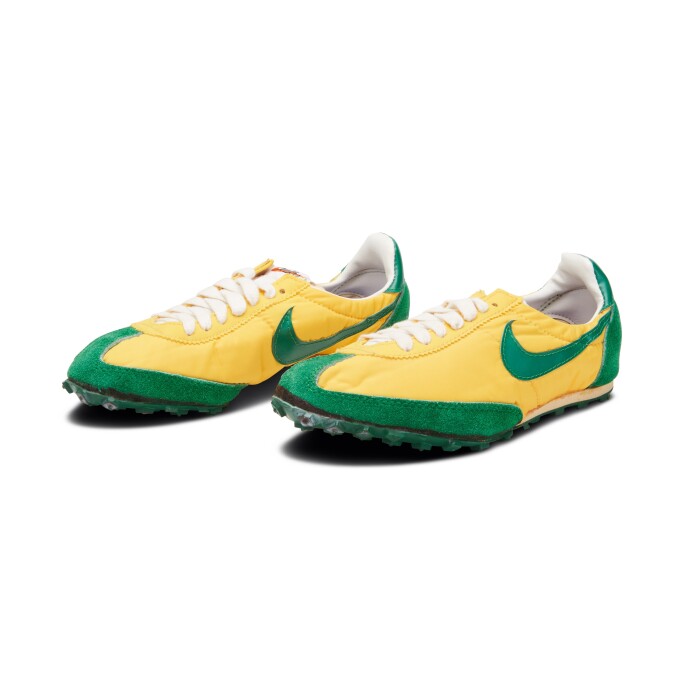 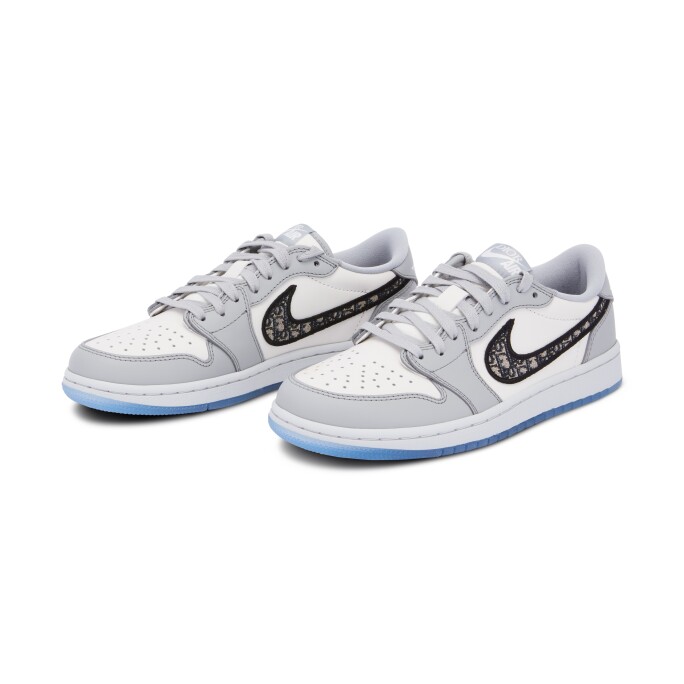 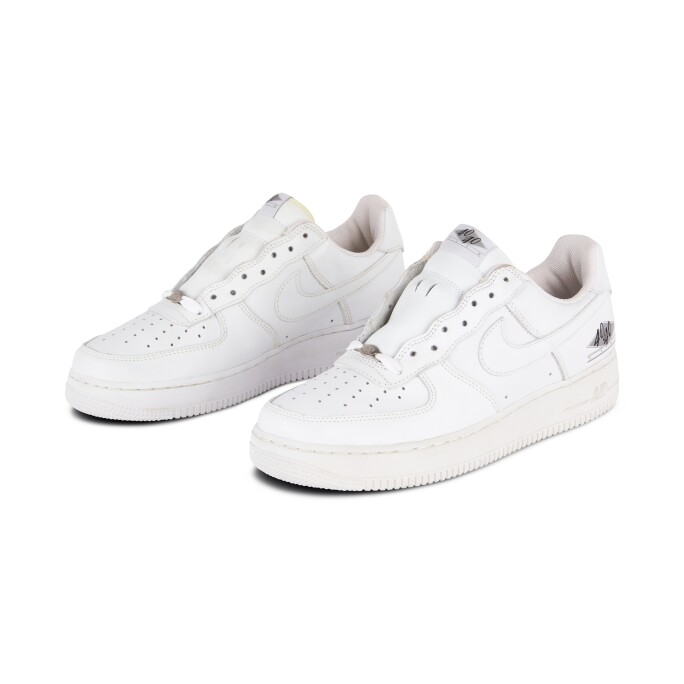 Where it’s Going / The Future of Luxe Sneakers

The sneaker trade has proved itself resolutely pandemic-proof, with recent forecasts predicting the sneaker resale market will reach $30bn (£21.3bn) by 2030. “We’ve seen an exponential boost in the auction world,” says Nicholas Smith, the author of Kicks: the Great American Story of Sneakers and host of the BBC’s new podcast Sneakernomics. “Now they are in the same area now as something collectible like baseball cards or luxury watches.”

Industry projections have fashion world backing as major luxury players are making further long term investments into the streetwear market; In June of this year, the designer-artist-DJ and creative director Virgil Abloh sold, his majority stake in his streetwear label Off-White (the iconic brand he founded in 2013) to leading luxury group LVMH, which owns Celine, Givenchy and Louis Vuitton and who now hold a 60% interest in the brand. Abloh continues to hold serious clout in the both the street and luxury scenes and argues that sneakers are a new art form that “speaks to his generation”.

Abloh himself is leading the charge of this next-gen cohort, born in 1980 and started collecting sneakers as kid. He now estimates the size of his sneaker collection at 1,500 pairs and says. “This generation may value sneakers more than a Matisse because [the Matisse] is not attainable.”

The current sneaker revival is attributed in part to the nostalgic appeal these styles offer Millennial art and fashion lovers. Most apparent in the luxury industry, this cultural shift illustrates consumers desire to establish an increasingly laid-back look, where exclusivity meets casual wear. Although purchased pieces will, on the whole, go exclusively unworn, instead taking their place amongst curated digital displays and social stories. This attraction to mixing luxury with more accessible products shows little sign of abating and instead has opened an opportunity for the sale of increasingly unique styles