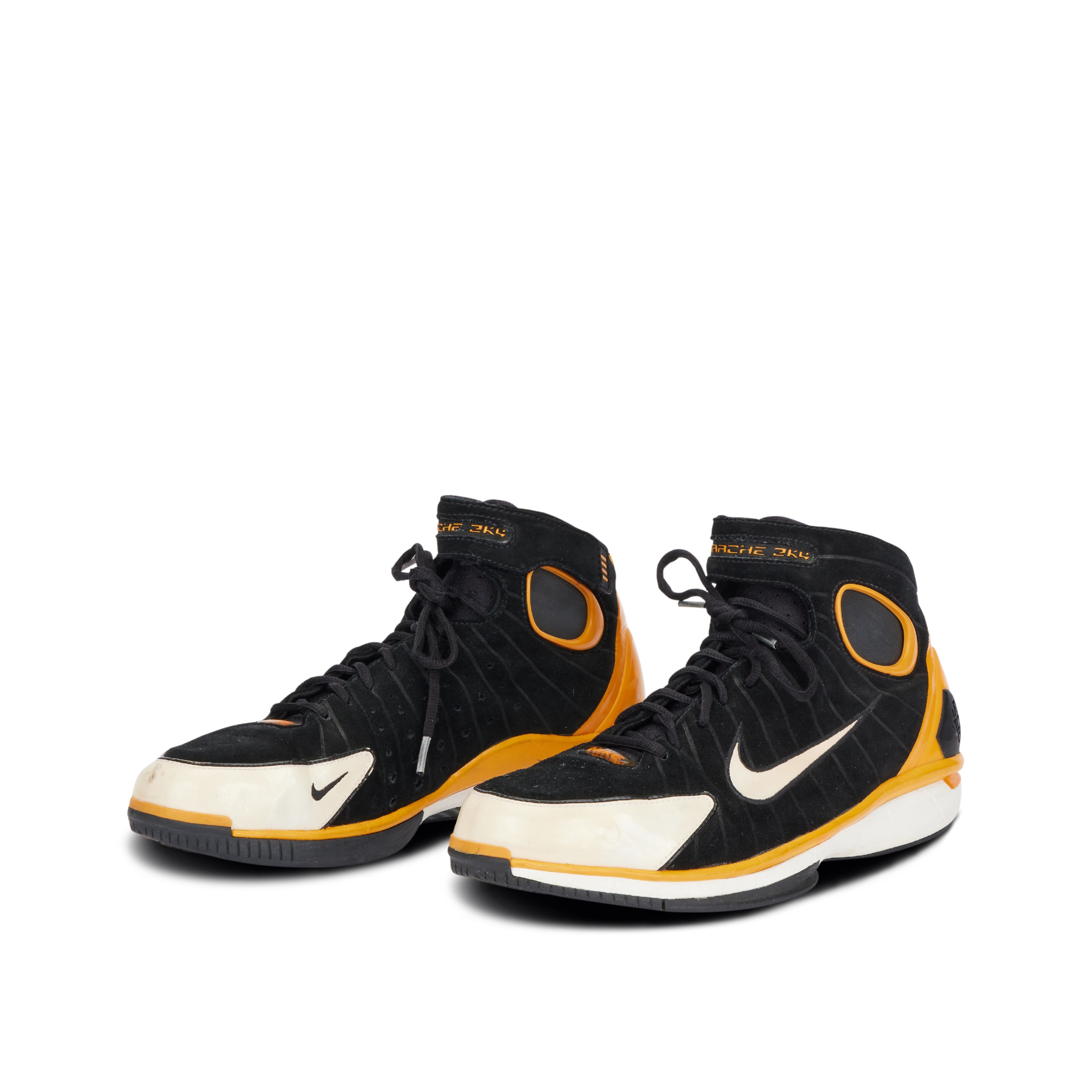 The sneakers are in good overall condition consistent with signs of game wear.

Throughout his 20 seasons with the Los Angeles Lakers, Kobe Bryant became one of the NBA’s greatest of all-time and led the Lakers into a new era as the team’s shooting guard. Leaving an ineradicable mark on basketball and in the hearts and minds of fans, he brought a unique approach to the game with his passion and dedication which earned him 5 NBA Championships, 4 NBA All-Star Game MVP awards, 2 NBA Finals MVP awards, and 2 Olympic Gold Medals. Kobe Bryant’s impact on the sport of basketball is indescribable and he remains one of the most beloved basketball figures in the history of the sport.

The summer of 2003 marks the beginning of a legendary 18-year deal between Kobe Bryant and Nike. The Air Zoom Huarache 2K4, designed by Eric Avar, is considered Kobe Bryant’s first Nike shoe. The Nike Huarache was designed by Tinker Hatfield and originally released in 1991. Years later, Avar returned to Hatfield’s model and created the Huarache 2K4. Incorporating style, comfort, and performance, the shoe brought back “classic basketball design principles in a very modern way.”

This pair of sneakers was worn by Kobe Bryant in the Los Angeles Lakers’ 106-103 victory over the Los Angeles Clippers on March 17, 2004 at the STAPLES Center in Los Angeles, California. Kobe scored 27 points, and had 9 rebounds and 6 assists in the game.

The sneakers are accompanied by a certificate from The MeiGray Group.