Les Lalanne: Shepherds of the Surreal

I n recent years, François-Xavier and Claude Lalanne have been furiously pitched as one of the most dynamic art couples of the 20th century. While they might appear to have led a charmed life, with friends that included Constantin Brâncuși, Salvador Dalí, Jasper Johns and Niki de Saint-Phalle, it needs to be stressed that these industrious French artists were poetic, humorous souls with an enviable lightness of being. François-Xavier was most famous for his surreal furniture, particularly his woolly sheep, while Claude caught attention with her Choupatte (Cabbage feet) pieces and was esteemed for her electroplated furniture and jewellery, known for its copper sheen. “They were like fairyland people,” opines Pauline Karpidas, an avid collector. “Claude and François-Xavier created this magical kingdom and almost didn’t belong on earth somehow.” When interviewed within her final months, the 93-year-old Claude listed, “friends, living in the country, the sun and the flowers” as the things that made her happiest.

Talk to Lalanne collectors and tender memories will pour out. “I miss our calls,” says Peter Marino, who curated the Lalanne retrospective at the Musée des Arts Décoratifs in 2010. “I talked to Claude every Sunday. She was very cosy and very funny.” Meanwhile, Carlo Perrone thinks of Claude every morning “because I always use her silver spoons for the sugar in my coffee”, he says. 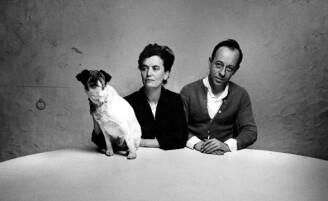 Throughout the years, there were fervent enthusiasts. “I was a baby architect and $30,000 seemed a huge amount of money in the 1980s for François-Xavier’s Alligator chair but I had to have it,” says Marino. There were also private commissions. “I started off with Claude’s jewellery and then her mirrors, chairs and photo frames,” says Karpidas. Perrone, who was brought up amongst the Lalannes’ work – his mother Natalie de Noailles was an early patron – made his first commission in 1987: a crib by Claude for his firstborn, Cloé, entitled Le reve de Cloé.

A Look Inside Lalanne’s Fantastic Beast

However, Claude grumbled about being ignored by the museums, despite their work being represented at establishments like Cooper Hewitt Smithsonian Design Museum and the Centre Pompidou. Certain detractors dismissed the Lalannes as too figurative and decorative. Claude’s work with Yves Saint Laurent – her iconic bronze-cast torsos for his 1969 autumn/winter couture show – probably did not help their cause. There was a lingering sense among art world academics that the prolific Lalannes were too social and not tortured enough. In his latter years, Andy Warhol would suffer from the same conclusion. Indeed, it took the spectacular success of the Saint Laurent sale in 2009 – many Lalanne pieces were on display at the Grand Palais – and the couple’s 2010 retrospective, for them to be taken seriously.

Seamlessly curated by Peter Marino, the retrospective reminded all of what Les Lalanne had achieved. Pioneers in the decorative arts, they were playful surrealists who were inspired by nature but adamant that their art should be functional and part of the everyday. The exhibition illustrated Claude’s whimsical approach to flower and fauna, as exemplified by her Choupatte and Pomme Bouche (Apple mouth) bronze sculptures and her Gingko Leaf furniture, whereas François depicted the animal kingdom via by his Fauteuil Crocodile (crocodile chair), Rhinocrétaire (Rhinodesk), Babouin (Baboon chimney) and his ubiquitous moutons de laine (woolly sheep) that put them on the map in 1965.

Created for the Salon de la Jeune Peinture in Paris, the creatures, with their inexpressive bronze faces and fluffy coats, were an instant hit. The German-born contemporary art connoisseur Gunter Sachs was the first to snap up an entire flock – 24 in total. Italian tastemaker Gianni Agnelli (Mr Lambs in English) ordered 20 for his apartment in Milan and Yves Saint Laurent also acquired several. Exhibited at Beaubourg (which later became Centre Pompidou) in 1965, there was endless editorial of the photogenic sheep, including an image of Claude Dupeux and François-Xavier looking very 1960s and stylish amongst them.

Despite the fact the couple were originally discovered by Jeannine de Goldschmidt, who ran Galerie J in Paris and staged the Lalannes’ premier Zoophites show in 1964, it was the Greek gallerist Alexander Iolas (pronounced Yolas) who made their careers by introducing the artists to important collectors like Agnelli, Dinos Karpidas, Dominique de Menil and Marie-Hélène de Rothschild.

“Iolas had great taste and was such fun,” says collector Jane Holzer. A flamboyant personage – the art world’s Liberace – Iolas wore pink satin trouser suits, floor-length capes, chinchilla fur and tons of jewellery. Responsible for bringing Surrealism to the United States, Iolas launched the career of the artist Max Ernst, commissioned Andy Warhol’s first show, and believed in Picasso’s later work when everyone else dismissed it.

Explore More from the Artists 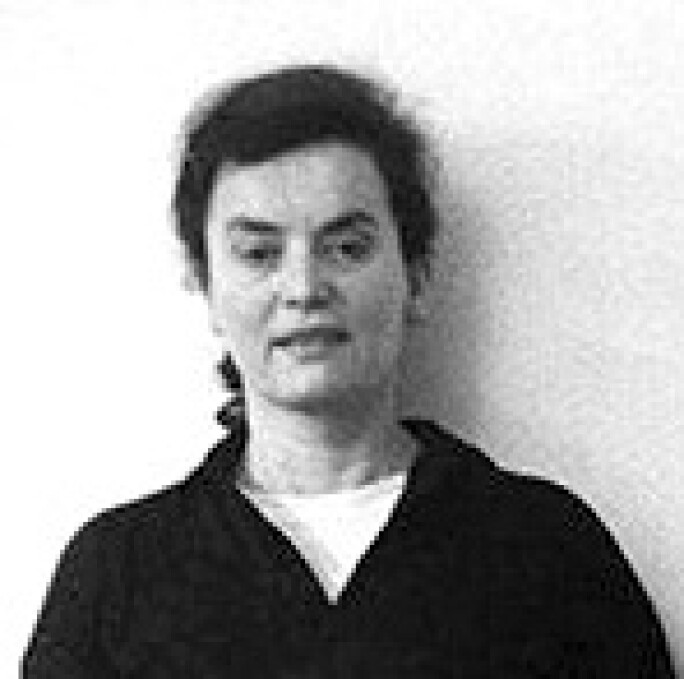 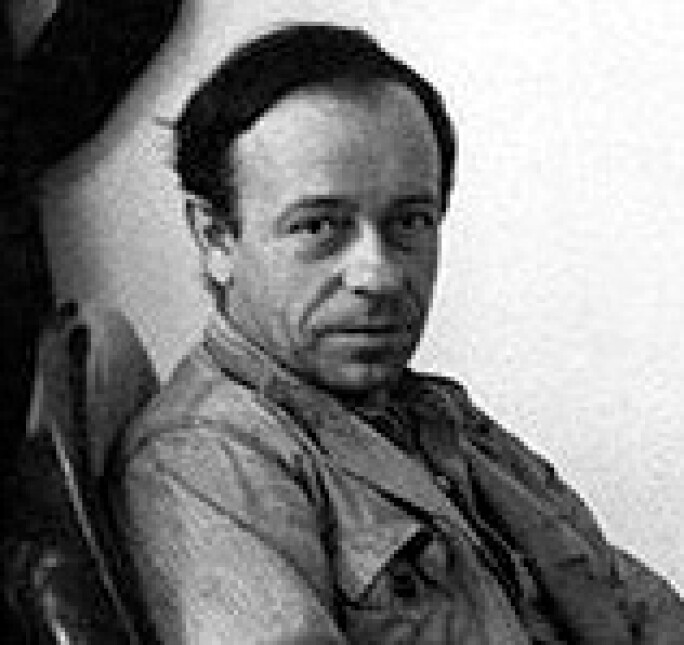 Then came the marriage of the couple in 1967 – they had initially met in 1952 at one of François-Xavier’s openings – and their move to Ury, a small village near Fontainebleau. A new and significant chapter in their career, their artist-residence allowed separate studios – “You could look into François-Xavier’s atelier, whereas Claude’s was hidden in the garden and more secret,” says Perrone. When Natalie de Noailles commissioned François-Xavier’s statue Oiseau Girouette (weather cock) in the early 1970s, Warhol attended the unveiling. Meanwhile, dinners at Ury boasted couture-clad collectors like Dominique de Menil, Sao Schlumberger, Nan Kempner and neighbouring artists like Saint Phalle, Jean Tinguely and Alexina “Teeny” Duchamp. The atmosphere was simple – “François prepared leeks for lunch, fresh from the garden,” remembers Holzer – yet sophisticated, with wines of superior cru, foie gras found locally and the two specialities of the house: a potato salad rich with truffles and a caramelized apple tart that led to François-Xavier teasing that his wife was la reine des tartes (the queen of tarts).

Unfortunately, François-Xavier would die in 2008, missing out on seeing the signs of his success. Bar des Autruches broke all Lalanne records when it was auctioned by Sotheby’s for €6.2 million in 2017. However, Claude – a then spry 83-year-old kept busy with commissions – would reap the rewards for a decade. “The concept of money really didn’t interest Claude,” says the designer Gilles Dufour. “But being wonderfully generous, she knew how to spend it and spoil her friends.” To celebrate her last show at Ben Brown Fine Arts gallery in London, 15 friends were put up at Claridge’s. Nonetheless, Claude’s passion for work continued until her death earlier this year. “I am in my studio every day, creating,” she said. 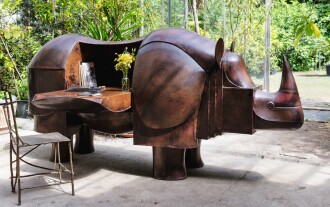 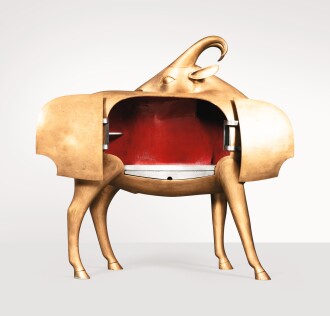 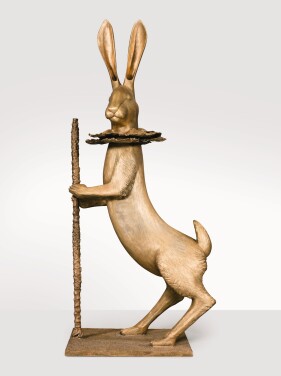 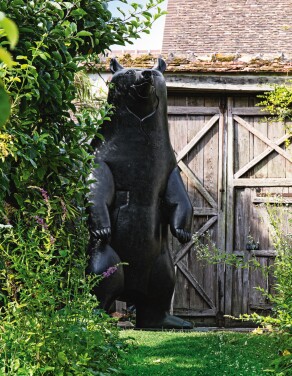 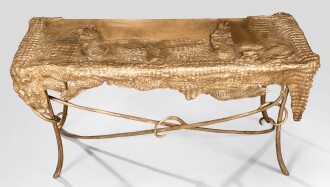 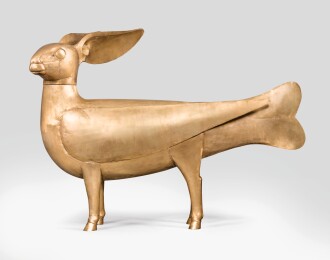 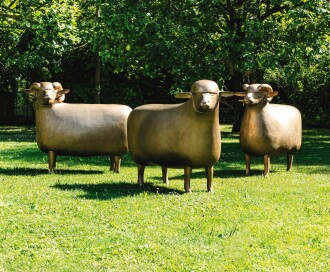 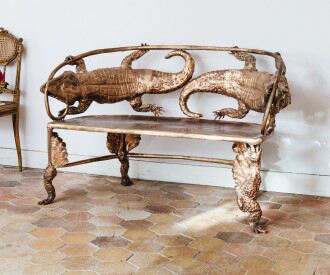 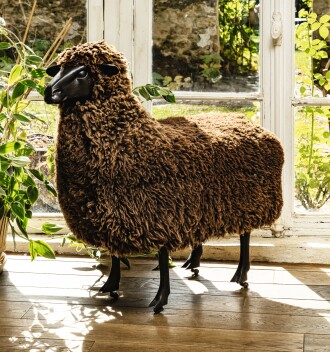 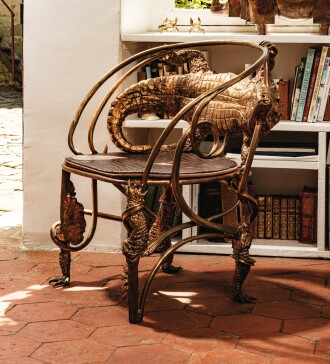 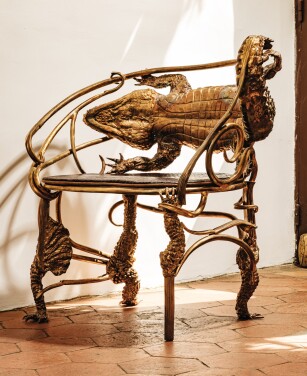 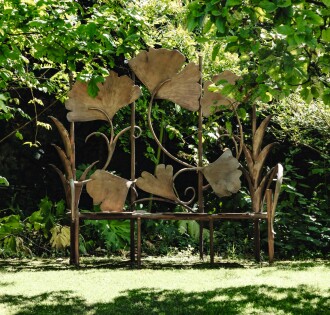