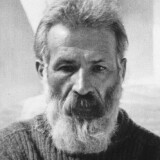 Born 1876. Died 1957.
Interested in selling a work by Constantin Brancusi?
Get an Estimate

Works by Constantin Brancusi at Sotheby's 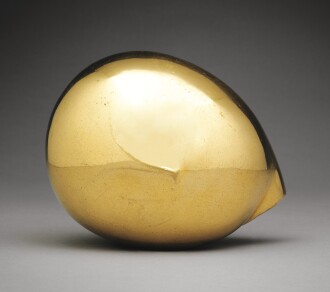 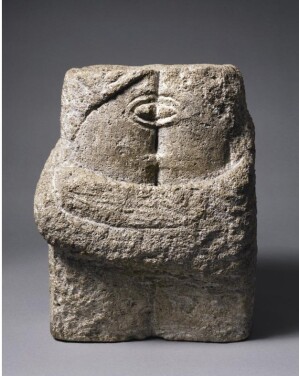 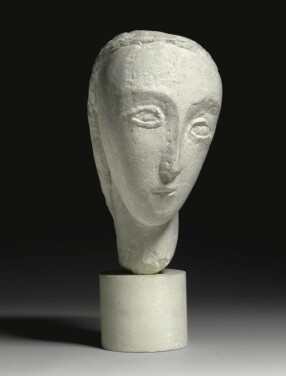 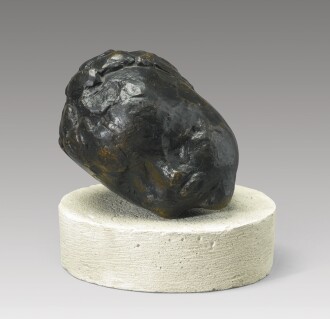 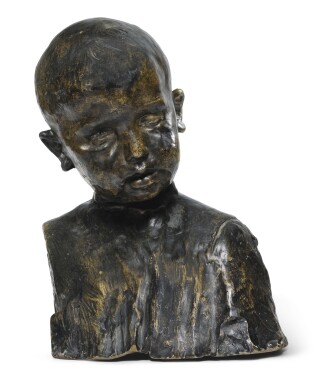 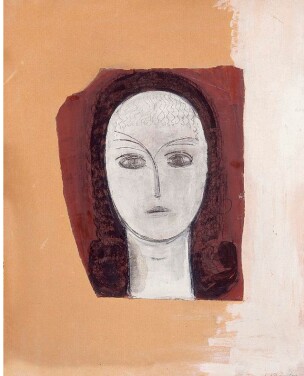 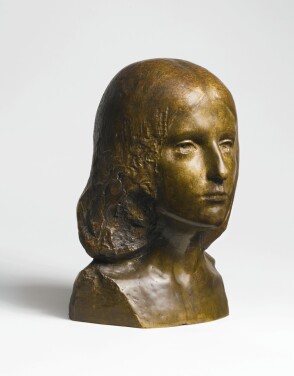 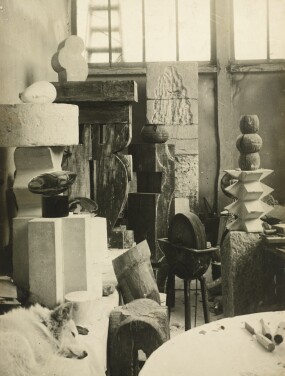 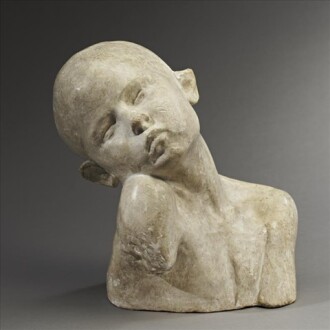 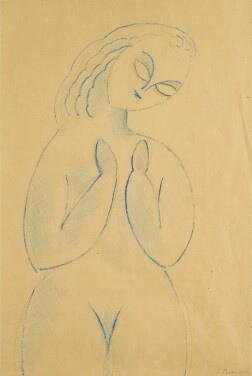 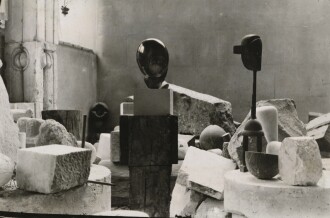 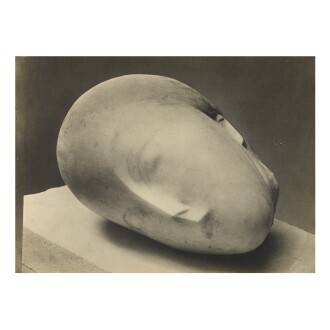 One of the most pioneering sculptors of the modern era, Constantin Brâncuși seemed to emancipate his subjects’ reposing spirits from their corporeal boundaries, as with his sleekly polished bronze and marble birds which suggest not so much animal bodies as elegant parabolas of flight.

Constantin Brâncuși (pronounced Bran-KOOSH in the original Romanian) was born on February 19, 1876 in the foothills of the Carpathian Mountains, the child of poor shepherds. At eighteen, he enrolled in the Craiova School of Arts and Crafts, where he studied woodworking and sculpture. In 1903, he traveled to Paris, briefly working in the workshop of the illustrious Auguste Rodin before striking off on his own quest toward radical abstraction from natural forms. He achieved this distinctive aesthetic vision chiefly through direct carving, as opposed to sculpting models to be cast in another medium—a practice which hearkens back to folk traditions in his native Carpathia as well as the “exotic” African and Polynesian cultures from which Brâncuși and many of his modernist peers derived inspiration. In 1913, Brâncuși’s work was shown at both the Salon des Indépendants and the Armory Show, the first major exhibition of modern art in America. In 1920, he caused a stir with Princess X, which rendered Marie Bonaparte in turgid bulges that many at the Salon took to be indecent. Later that decade, the sculptor found himself at the center of another brouhaha when his now-iconic bronze Bird in Space was initially classified under “Kitchen Utensils and Hospital Supplies” by U.S. Customs. In 1938, Brâncuși was commissioned to create a World War I monument in Târgu Jiu, which for many scholars represents the denouement of his artistic career. He died on March 16, 1957.

Brâncuși’s work is in such institutions as the Muzeul Național de Artă al României in Bucharest, the Museum of Modern Art in New York, and the Musée National d'Art Moderne, to which he bequeathed the contents of his studio. Recent auction highlights include Prométhée, which sold at Sotheby’s in 2012 for $12.68 million against a high estimate of $8 million.