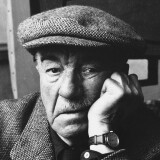 Works by Fernand Léger at Sotheby's 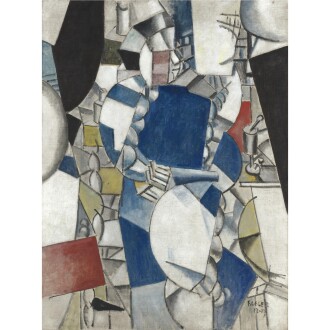 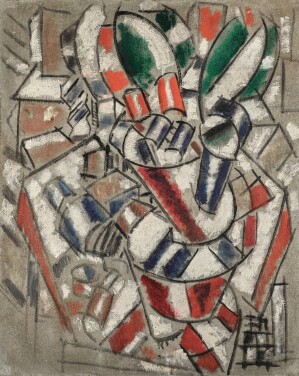 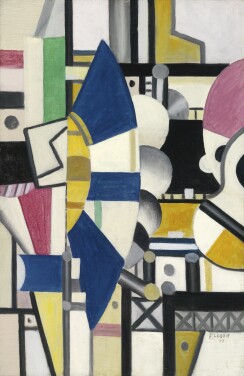 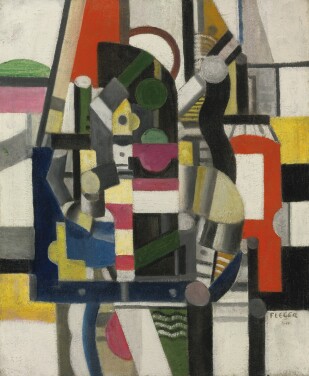 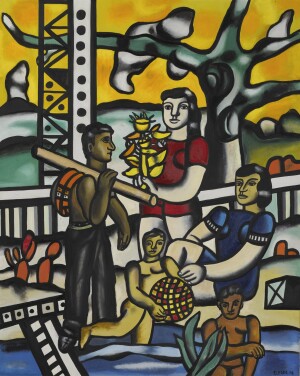 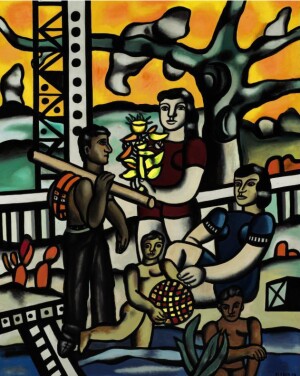 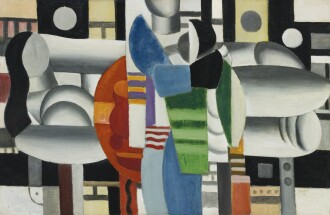 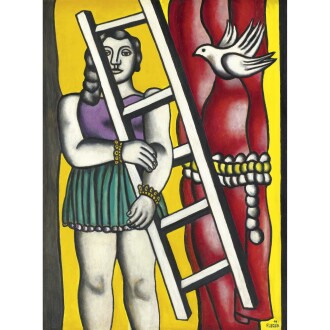 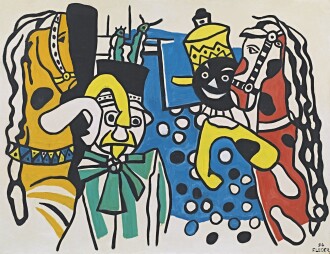 Although he began his career as an architectural draughtsman in Paris, Fernand Léger has come to be recognized as a vital figure in the development of Cubism alongside Georges Braques and Pablo Picasso. Léger’s earliest paintings were Impressionist in style; but the 1907 Paul Cézanne retrospective at the Salon d’Automne, as well as a new association with the Parisian avant-garde (particularly a close friendship with fellow painter Robert Delaunay), proved highly influential to Léger; his work became increasingly abstract, and his use of color became restrained to black, white, and the primaries. Despite being closely associated with Cubism, he consistently managed to set himself apart, primarily by disjointing rather than fragmenting his forms, and instead preferring bold, tubular shapes.

At the start of World War I, Léger enlisted in the French army and served from 1914 to 1917. His wartime experiences clearly had an impact on him as an artist; his return from the war definitively marks the “mechanistic” phase of his work. Mechanical elements, such as propellers, cylinders, and discs, began to figure prominently within his compositions. In 1920 Léger met with Le Corbusier and Amédée Ozenfant, who both shared his interest in a machine-based aesthetic. As a result, Léger’s work became increasingly flatter and more stylized. In the years leading up to his death, in 1955, Léger’s practice expanded to include book illustration, murals, stained-glass window, mosaics, as well as set and costume design.

Although Léger is considered by some experts to be an underappreciated artist, his works nevertheless feature prominently in some of the world’s best-known collections, including the Metropolitan Museum of Art, New York; the National Gallery of Art, Washington, DC; and Tate Modern, London. According to Sotheby’s Mei Moses, the average compound annual return is 7.8%, with 88.7% of works increasing in their value.

Museums with Works by Fernand Léger

Type: museum
The Metropolitan Museum of Art
New York, New York | New York
Type: museum
Albright-Knox Art Gallery
Buffalo, New York | New York
Type: museum
Centre for Fine Arts (BOZAR)
Brussels
Type: museum
Neue Galerie
New York, New York | New York
Artist Image: Credit: age fotostock / Alamy Stock Photo / © The Estate of Fernand Leger / Artists Rights Society (ARS), New York / ADAGP, Paris 2018
Please note that prior performance of the indexes and realized returns contained herein does not guarantee future results. In addition, there is no guarantee that random collections of individual works of art or stocks will yield index returns. We are not financial advisors and we are not in the business of recommending art as an investment. We also have no comparative advantage in forecasting the future direction of the art market. Investment decisions should be based on the risk return tolerance and time horizon of the investor with, if desired, the support of a licensed financial advisor. This information is provided "as is" and with no representations or warranties either express or implied of accuracy, merchantability, fitness for a particular purpose or of any other nature are made with respect to this information or to any expressed views presented in this information.