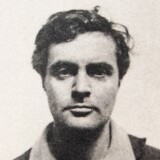 Born 1884. Died 1920.
Interested in selling a work by Amedeo Modigliani?
Request an Estimate

Works by Amedeo Modigliani at Sotheby's

Amadeo Modigliani was born in Italy on July 12, 1884; he suffered considerably from childhood illnesses, the symptoms of which would persist throughout his life until his death from tuberculosis at age 35 in 1920. Although he initially studied art in both Florence and Venice, by 1906 he had settled in the Paris district of Montmartre. Modigliani’s early work, little of which survives, is clearly influenced by French artists such as Paul Gauguin, the Fauves, and Paul Cézanne (like many of his contemporaries, Modigliani was greatly impressed by the memorial exhibition of Cézanne at the Salon d’Automne in 1907). By 1909, Modigliani met and became close friends with the sculptor Constantin Brancusi, resulting in a several year period where he devoted himself to sculpture that was inspired predominantly by African, Egyptian, and ancient Etruscan and Greek sculpture.

With worsening health, Modigliani ultimately gave up sculpture, as his method of working directly with the stone was quite taxing, and devoted himself to painting. It was during this period that he developed his signature style: portraits and nudes that consistently depict elongated, simplified forms and masklike faces, often featuring blank eyes.

Many of his important works belong to museums, including the Metropolitan Museum of Art, New York; Barnes Foundation, Philadelphia; Tate Modern, London; and the Centre Pompidou, Paris. Because of his short life and limited period of artistic production, Modigliani is a highly sought-after artist, resulting in an overall positive market for his works. According to Sotheby’s Mei Moses the compound annual return for Modigliani is 8.2%, with 91.7% of works increasing in value.

Museums with Works by Amedeo Modigliani